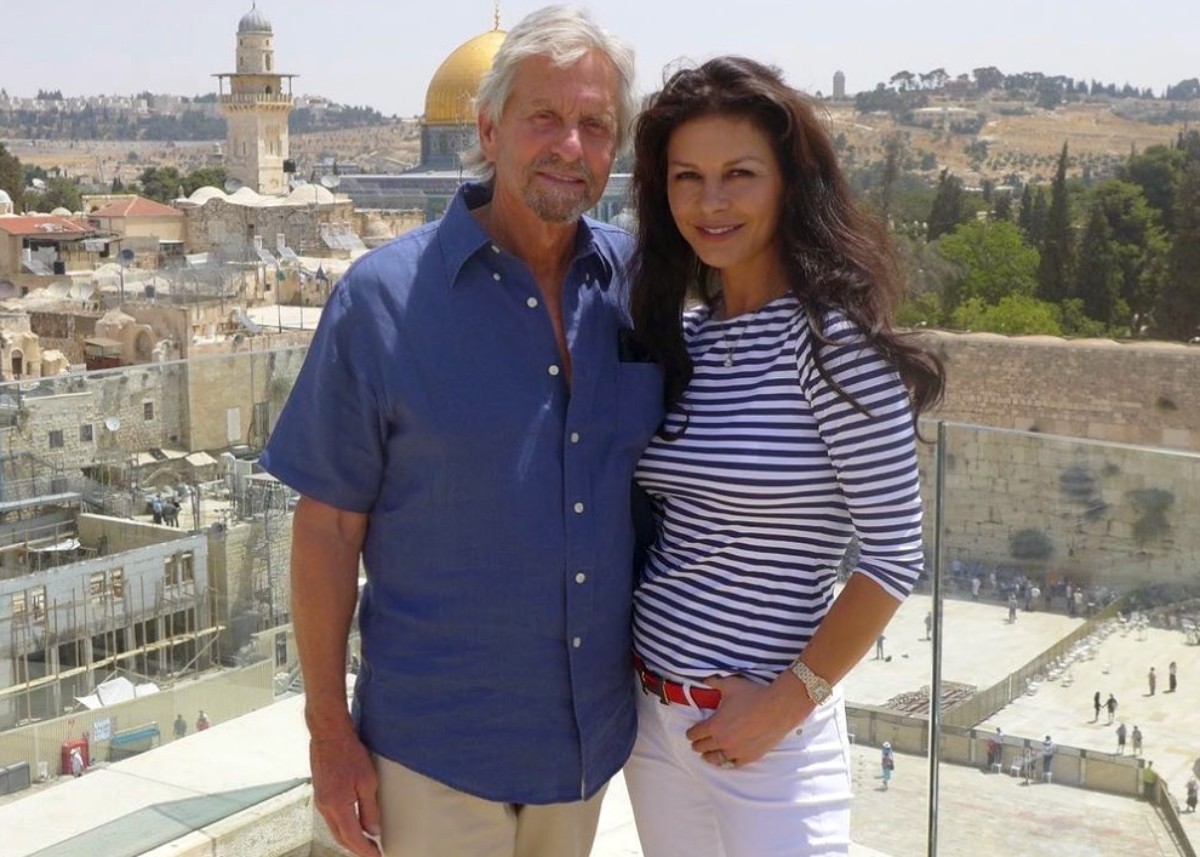 Michael Douglas’ father, Kirk Douglas, passed away on February 5, 2020, after enjoying one of the longest Hollywood careers in history. As his famous, two-time Oscar-winning son Michael is grieving his father’s loss, the upcoming March 9, 2020, issue of Star magazine has for their cover story the news that his wife of 20 years has left him. According to the magazine, it was Kirk Douglas’ passing that gave Catherine Zeta-Jones the “push” to leave Michael Douglas. Neither Catherine Zeta-Jones or Michael Douglas has spoken about this report or given any public indication their marriage was over — in fact, a recent social media post from Catherine says the opposite.

According to Star, a source close to Catherine explained what happened and why she left, giving readers the impression a divorce is possibly underway. The outlet stated that Kirk Douglas was a father-figure to Catherine and without him there to hold the family together, Catherine couldn’t take the marriage anymore. The source said that Catherine Zeta-Jones approached Michael Douglas just three weeks after Kirk’s death and told him, “I want out.”

“Catherine’s decision to leave the marriage to take time for herself has left Michael completely blindsided. She put a lot of thought into this. Catherine’s been miserable for a long time — years, even — but she kept it together for their kids’ and Kirk’s sake.”

Star’s source continued to say that Catherine is in search of some alone time and wants to “think things through.”

It is a contrast to what Catherine Zeta-Jones is sharing on her official Instagram account, where she has 3.2 million followers, as she clearly stated that she is planning to return to Israel with her husband, Michael Douglas, in June.

Catherine shared the following photos and caption below.

“Excited to return to Israel this summer with @michaelkirkdouglas to co-host @TheGenesisPrize Ceremony to honor and celebrate the amazing #NatanSharansky. See you in June, Israel! #GenesisPrize2020”

Additionally, Catherine shared a photo of herself with Michael on a trip to India, where she specifically expressed her deep love for her husband and even said that her life is better because of Michael.

Love this man, a pic of us in India. Life is just better because of you. ❤️

What do you think about Star magazine’s report? Do you believe that Catherine Zeta-Jones walked out on Michael Douglas after Kirk Douglas’ death?

Do you believe Catherine and Michael are getting divorced?