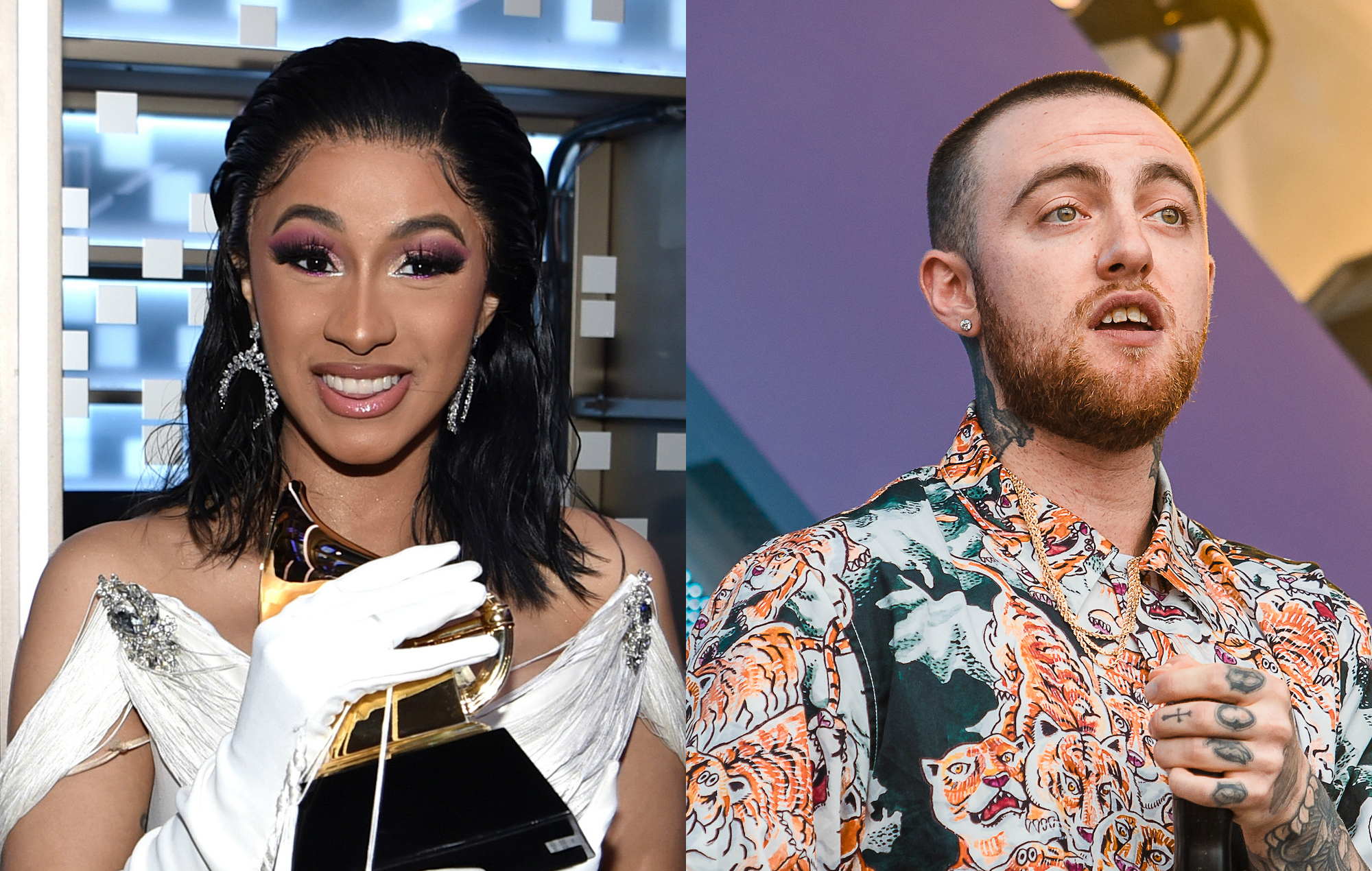 Cardi B was very happy to win her first ever Grammy in the Best Rap Album category, and she had some serious competition. As a result, the female emcee decided to pay tribute to late rapper Mac Miller and send love to his family.

As you may know, Mac’s loved ones have actually expressed their support towards Cardi before, saying that if Mac couldn’t win postmortem, they were rooting for Cardi, so they surely appreciated her emotional message.

After getting the honor, she documented her celebration backstage and addressed Miller’s family.

‘I read an article that Mac Miller’s family said that if he don’t win, they want me to win, so I’m sharing this Grammy with you, mother***er! Rest in peace!’ she yelled on camera, clearly excited.

She also shared a second post that she captioned: ‘WE WON A F***IN GRAMMY.’

Cardi reposted a screen grab of the one article she was talking about in the video.

Meanwhile, Ariana Grande seemed to shade Cardi in a subtle way on Twitter but then deleted the post and showed her support instead by commenting a bunch of black heart emojis under her post.

She also took to her platform again, saying that she was not actually trying to diss Cardi.

As you probably remember, Mac Miller tragically passed away at the age of 26, of a drug overdose.

Cardi B’s Grammy night was a grand one! Not only did she win for the Best Rap Album, making her the first female emcee to get that honor, but she was also actually nominated in a total of seven categories!

The Bodak Yellow rapper performed her newest single, Money at the awards show and looked stunning in a sheer, black Mulger catsuit that also featured cheetah-print patches here and there.

Cardi made sure to also include choreographed routines, showing her dancing skills, and even twerked on top of a piano!