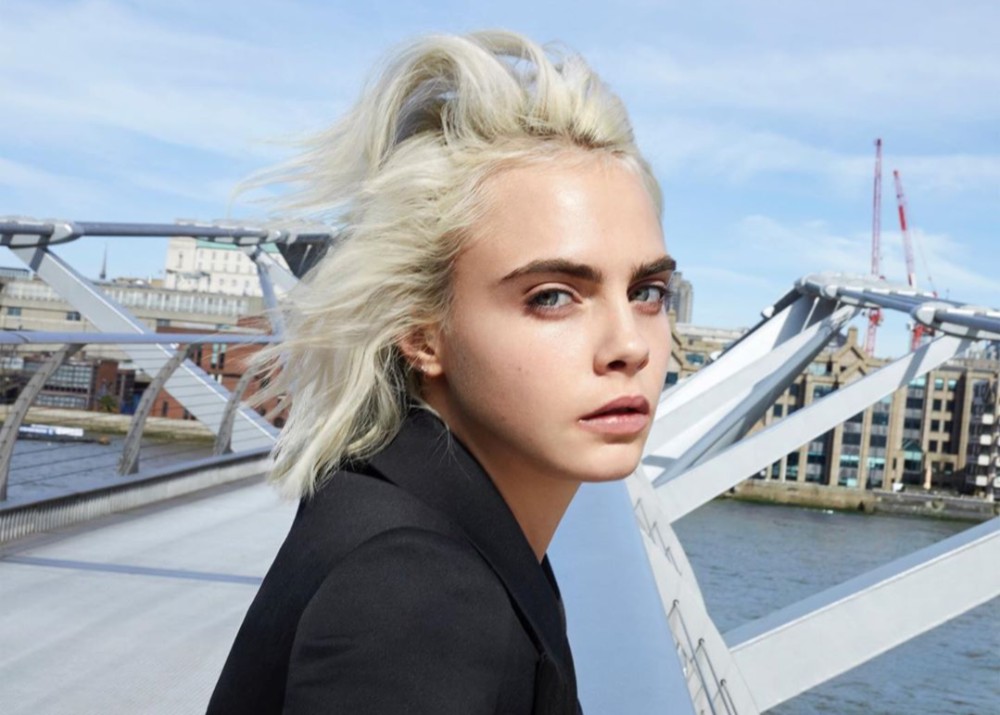 Cara Delevingne astounds in her newest Burberry campaign for Her Intense perfume. Delevingne has been the face of Her since 2018, and Her Intense is the newest addition to the celebrated fragrance. Described as a “bold new” bouquet with notes of blackberry and jasmine, the fragrance is said to be rich, sophisticated, and intense. Cara Delevingne shot the campaign ad in London and was sensational in dramatic shots that saw her outside against a picturesque sky-blue background.

Cara exuded the intensity that is the energy of London in the campaign that Burberry’s Riccardo Tisci directed. Shot by renowned German photographer, Jurgen Teller,  you may see the official campaign video featured on Burberry’s Beauty Instagram page below. Cara is edgy as she delivers red-hot stares at the camera yet permeates rich emotion and passion with just a glance from her eyes.

Successfully embodying the qualities Her Intense possesses, photos and videos of Cara from the Burberry, London shoot are going viral across social media platforms.

Cara not only models, but you can hear her singing in the Her Intense ad as well.

Cara never ceases to amaze her fans with her gifts and talents. Not only is she known for her beauty, but the 27-year-old supermodel is also an actress. She currently stars in Amazon’s Carnival Row and played the role of Isabelle in the movie Life in a Year. She has two more movies in development: Punk and Fever Heat.

Discover Her Intense . #JuergenTeller photographs #CaraDelevingne for the newest addition to the Her fragrance collection, #BurberryHerIntense; an homage to the powerful energy of London, and the unexpected beauty found in its contrasts . #BurberryHer @BurberryBeauty

Cara has been very busy with her acting, but her modeling jobs keep her just as occupied. She covered Elle UK for October, walked in Rihanna’s Savage x Fenty show in September, and also in the month covered Marie Claire U.S. and Porter magazines. She’s also the new face of Dior’s fine jewelry collections: Dior Joaillerie.

When Cara Delevingne isn’t busy working, she’s spending time with her partner Ashley Benson. The two recently sent social media in a tailspin as millions wondered if the pair had secretly tied the knot. Though Ashley and Cara have kept details about their relationship as private as possible, Cara recently opened up to Porter about her love for “the only partner she has ever trusted”. What do you think of Cara’s new Burberry campaign?

Tamar Braxton Shares A Gorgeous Photo With Her Sister, Toni Braxton, For Her Anniversary