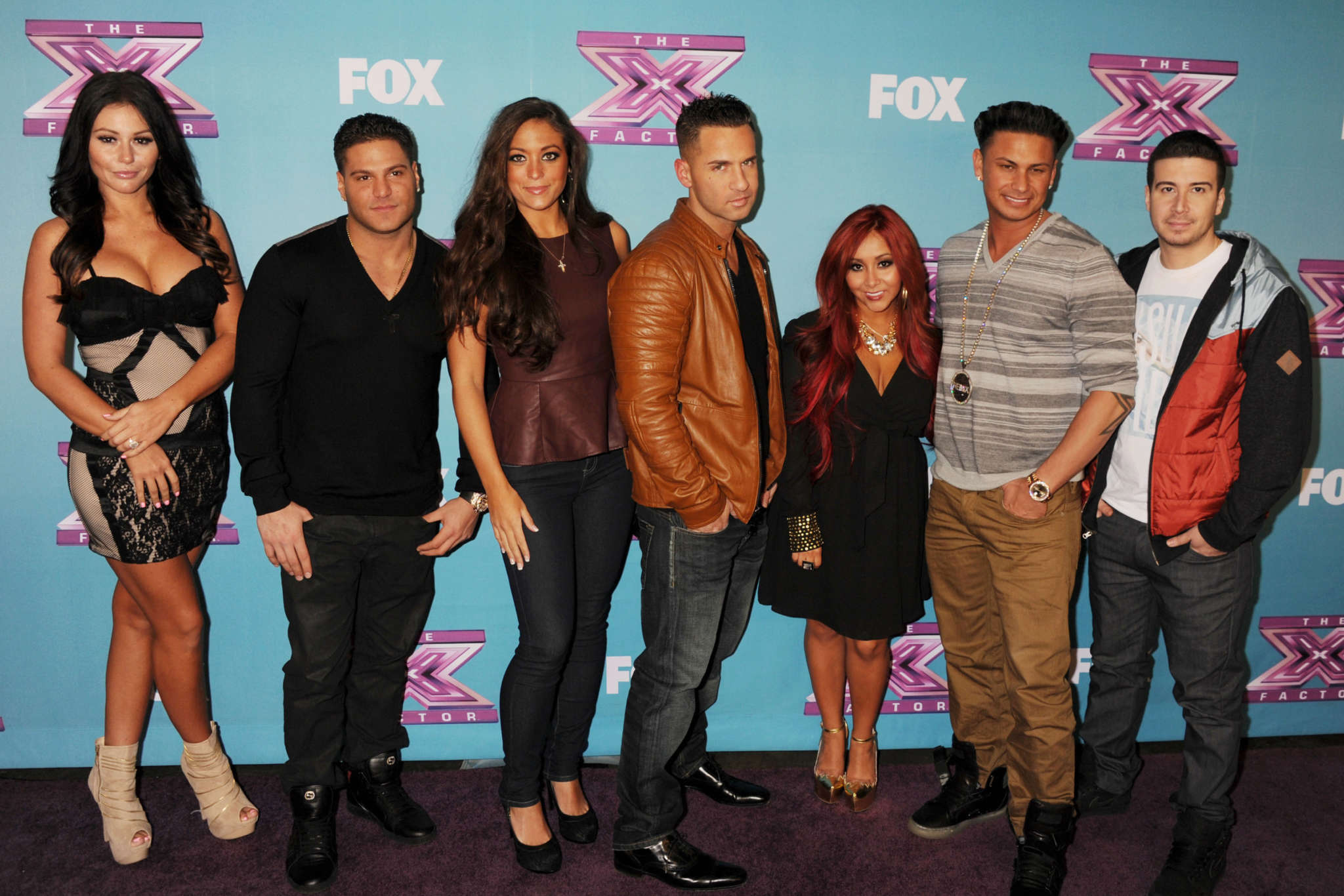 Angelina Pivarnick is currently not speaking to her female Jersey Shore castmates after they trashed her during a speech on her wedding day. Audio has leaked from the cringe-worthy moments and new details have become available.

A source exclusively told Champion Daily what exactly went down during the reality star’s nuptials. Apparently, Deena Cortese, Jenni Farley, and Nicole Polizzi were not even scheduled to speak.

However, once they did — everything went awry. In audio released from the reception ceremony, Snooki and co. can be heard calling Pivarnick the ‘fly on her s***,’ ‘trash to their bags,’ and ‘dump to their islands.’

Reportedly, the crowd laughed at first but started booing after the women went too far. Angelina tried to laugh it off while her new husband Chris Larangeira was clearly not amused.

The insider claimed: ‘This was a really awful thing to do to someone on their wedding day and you could tell the men from the Jersey Shore cast seemed visibly uncomfortable with what was going down. Not only was Angelina upset and offended, but all of her husband’s family and friends were there and this was a disgusting thing to do in front of them as well, as they’re attacking and offending the person he just married.’

They went on to say that Angelina went missing for nearly an hour and when she came back attendees noticed that she had been crying.

The three friends allegedly kept saying that it was a joke.

Deena was forced to speak out after getting slammed on social media for the incident. She claims that in the midst of the insults, they also expressed how happy they were for her.

The MTV personality stated in an Instagram post-and-delete: ‘Listen I understand your [sic] all upset about our speech but we also included nice things in it as well .. we thought since Angelina always says ‘I never take myself seriously’ she would truly laugh at the stuff we said. Clearly we were wrong .. we’re friggen human ..people make mistakes .. But wishing bad on my son .. how are you any better. Our speech was not meant to be malicious .. we actually did a lot while filming with Angelina for her wedding.’

She added that she was going to stay quiet until followers started trashing her infant son.

Girl friend, Those hating a** misrible female dogs are far from what I would consider your friends. Your beautiful and definitely don’t need them in your new marriage. Go be happy and love your man girl… Sorry but some words are not excusable especially during sentimental moments…

It’s sick that they would do that, they are MEAN girls and shouldn’t be called friends! Angelina you are so much better that that they don’t deserve your friendship you can do so much better!!! Love ya girl

That was wrong and disrespectful to do. The other ladies would hate that to happen to them and they are no better. It’s like the pot calling the kettle black.

I think it was just not the right time , it wasnt a roast-and was in bad taste but i dont believe it was thought thru or intentionally meant to hurt her -Shame on the producers, im sure they paid a fortune for that wedding and Angelina let it ruin her wedding day-…