Angelina Jolie And Brad Pitt's Daughter Shiloh Is As Tall As Her Mom In New Pics - Check It Out!

Fans were shocked to realize how much Angelina Jolie and Brad Pitt's kids have grown up! The actress mom and two of her children, Shiloh Jolie-Pitt and Zahara, were photographed out and about on a shopping spree and fans could not believe how tall Shiloh is now!

At 14 years old, she is already as tall as Angelina even though the last time fans saw her, she was not even close!

It really looks like the teen hit a growth spurt!

The trio stopped by an Ethiopian boutique yesterday and they all looked fashionable but still comfortable!

Angelina was wearing a white dress and matching slides.

Shiloh, on the other hand, rocked a pair of cut-off denim shorts, paired with a casual black hoodie.

As for the birthday girl, Zahara, who just turned 16 years old, she was dressed in all black - sweater and jeans!

Angelina and her girls made sure to also wear protective masks while on their shopping trip, just to make sure they, as well as others around them, stay safe amid the COVID-19 pandemic. 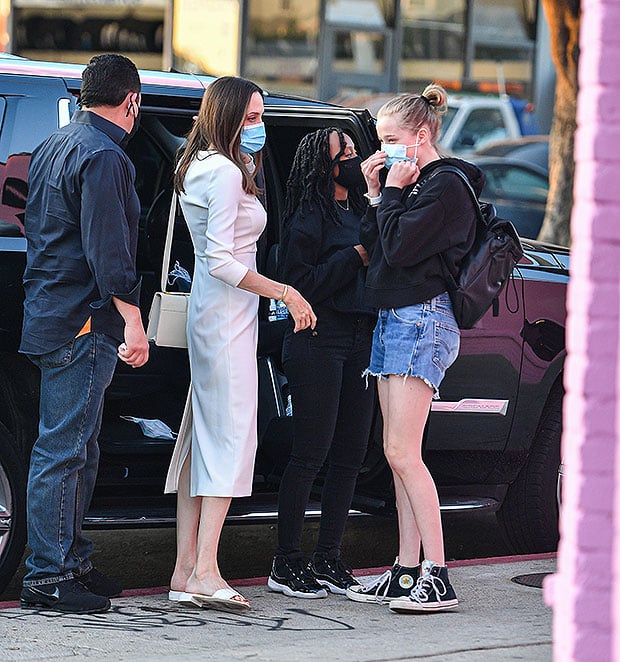 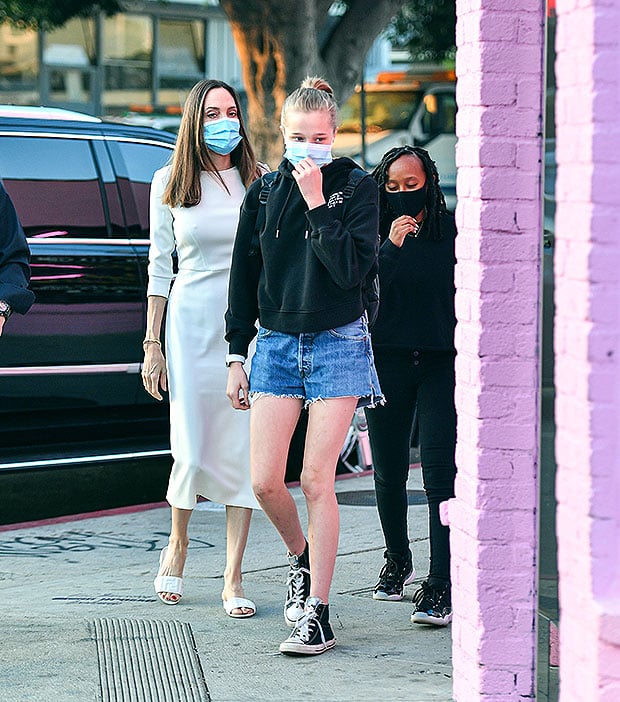 In the meantime, Angelina and Brad Pitt are still battling it out in court over the custody of their six kids.

Back in November, a judge denied her request to have the judge overseeing the case replaced.

She claimed it was because Judge John W. Ouderkirk had a personal relationship with Brad's attorney Anne C. Kiley so she was worried about a biased case.

Her ex, however, clapped back with papers of his own which have been obtained by HollywoodLife.

Brad's attorney stated in the papers that 'Jolie’s abrupt cry of judicial bias reeks of bad faith and desperation, not to mention careless disregard for the procedural rules intended to root out legitimately conflicted judicial officers. Unfortunately, the individuals hurt most by Jolie’s transparently tactical gambit are the parties’ children, who continue to be deprived of a resolution to the custody issues.'

Cardi B Marks A Victory In Court - Check Out What Happened