Following the tragic death of Broadway star Nick Cordero - who passed away on Sunday, July 5 at the age of 41 due to complications from COVID-19 - his widow, Amanda Kloots , shared that she opened Cordero’s phone for the first time since he went into the hospital on March 31.

Cordero spent 95 days at Cedars-Sinai Medical Center in Los Angeles where he was conscious just a handful of times. He had his right leg amputated before he died. Kloots shared on her Instagram Stories on Tuesday that she was really lucky because she woke up and immediately remembered Cordero’s cellphone password. 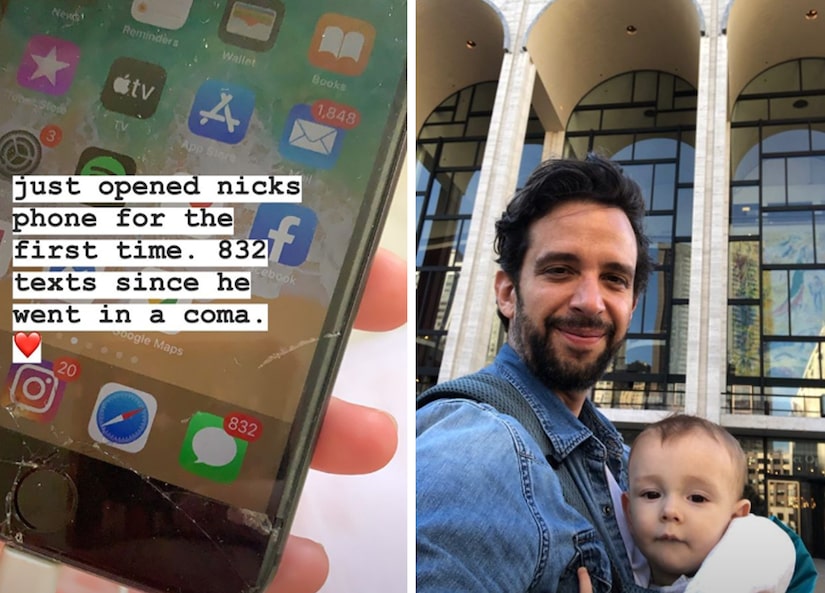 The personal trainer explained that she has had Cordero’s phone since she picked up his belongings at the hospital, and she immediately charged it when she remembered the password.

"I looked at Nick's phone today and found some gems that I'll share with you,” said Kloots.

Kloots shared that the Waitress star's iPhone was filled with pictures and videos - many of which she had never seen. She said that Cordero had 832 unread text messages from family and friends that he’d received while he was in a medically induced coma.

Kloots shared numerous pics that she found on the Tony nominee’s phone, including one of a family outing to the park with their one-year-old son, Elvis, and their two dogs. Cordero also had a pic of the first car he and Kloots bought together, a white Volvo they purchased back in February. 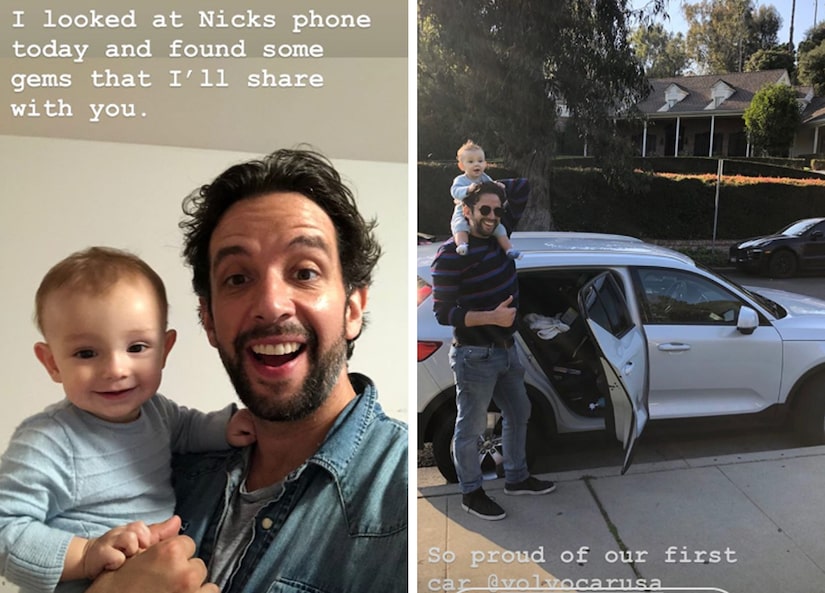 The last picture in Cordero’s phone was taken two weeks before he was admitted into the hospital, and it featured the Canada native smiling big while holding Elvis. There were also videos of Cordero singing.

“I think the thing that is really hard is acknowledging that I won’t see him again or the things that, you know, he’s going to miss with Elvis,” she said. “I go in and out of complete shattered tears, not knowing what to do, feeling completely lost, to also feeling OK and strong.”

Nick Cordero and Amanda Kloots tied the knot in September 2017. She says that when her husband died, he was “surrounded in love by his family, singing and praying as he gently left this earth.”

Since Cordero’s death, fans have raised more than $1 million in a GoFundMe campaign to help support Kloots and Elvis.

Amanda Kloots Criticized Harshly For Dating Only A Year After Husband Nick Cordero's Death - Check Out Her Response!

Amanda Kloots Gets Backlash For Getting Vaccinated After Husband Nick Cordero Was Killed By COVID-19 - She Claps Back!