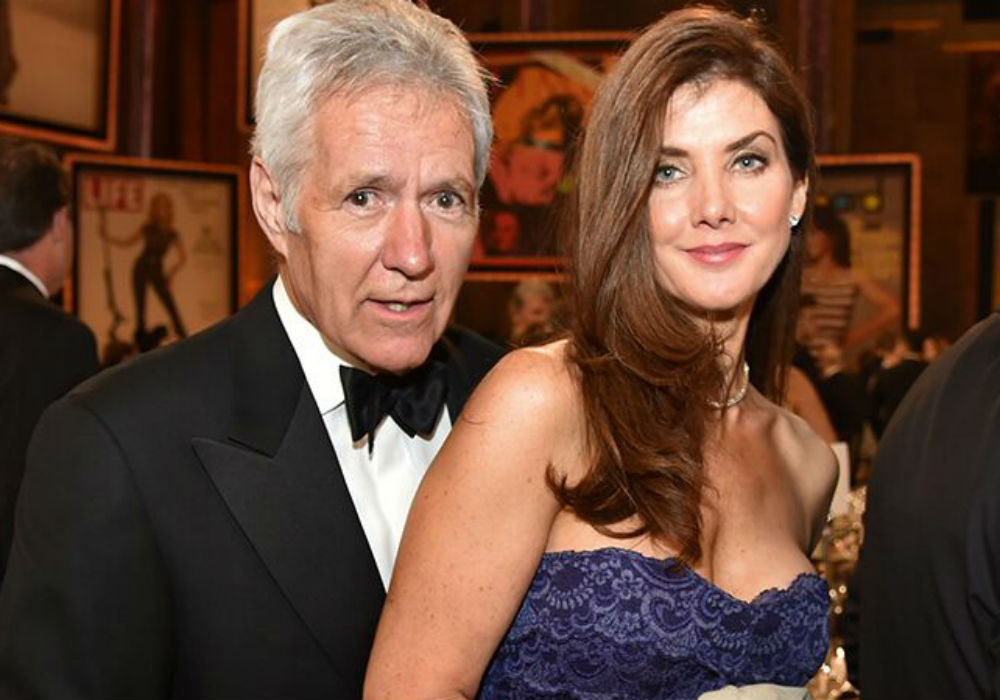 Legendary Jeopardy! host Alex Trebek and his wife Jean recently sat down with Good Morning America’s Michael Strahan for a special prime time interview that airs this week, and Jean opened up about the difficulties of dealing with Alex’s stage 4 pancreatic cancer diagnosis.

Jean, 54, explained that the hardest part for her in recent months is watching her husband battle the disease and feeling helpless because she can’t do anything for him.

.@ABC NEWS EXCLUSIVE: Beloved @jeopardy host Alex Trebek and his wife Jean speak out to @michaelstrahan on his cancer diagnosis and their lives now. https://t.co/NvdnJzW8JA pic.twitter.com/8uSW1WG7ue

“For me, it’s when I see him in pain and I can’t help him,” Jean told Strahan. “When he doesn’t eat right. When he has too much diet soda.”

Alex added that it’s always tough on the caretakers because his wife has to deal with worrying for his well-being, and she also has to “tread lightly” around him when he is experiencing severe pain and depression because he isn’t “the most pleasant person to be around.”

Strahan also asked Jean if she has ever told Alex that he should leave Jeopardy! – or at least take a break – because of his health problems. She said that she has voiced her concerns to her girlfriends, but she knows the game show is what “feeds” her husband, and he loves the show.

Jean explained that Alex has his own family on the set, and they are a close-knit, beautiful group of people.

“I think that gives him a lot of support. A sense of purpose and that he’s just not in bed and can be productive,’ said Jean.

It was a true honor to sit down with Alex Trebek and his wife, Jean. Alex is a fighter and a hero to so many, including myself. Thank you Alex and Jean for sharing your story. 🙏🏾⁣
⁣
Check out the ABC special tonight at 8pm on @ABCNetwork. pic.twitter.com/9k35hSslYf

This past March, Alex – who has hosted Jeopardy! since 1984 – told his fans via a video message that he had been diagnosed with pancreatic cancer. Five months later, he revealed that he had finished his chemotherapy treatment and his condition was improving. However, just one month later Alex had to undergo a second round of chemotherapy.

At the same time, a Jeopardy! co-worker told CTV News that Alex has no plans to quit the game show, and will not be announcing his retirement anytime soon, despite his cancer battle. Alex Trebek admits that he has struggled with the side effects of his chemotherapy, but he plans to play it by ear and “keep chugging along until we either win or lose.”