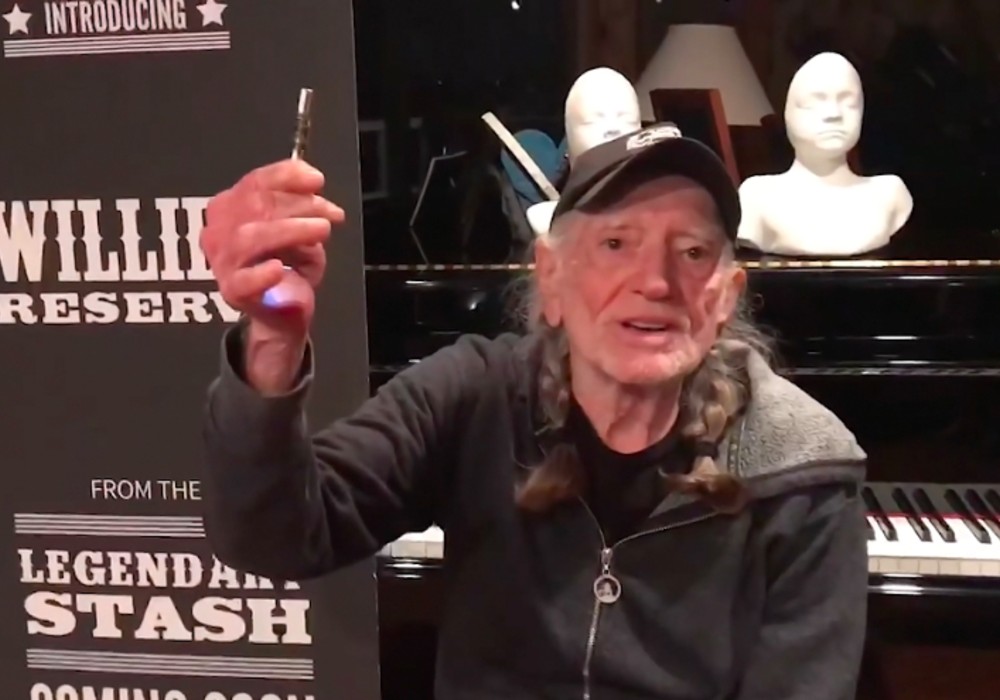 Willie Nelson knows how to throw a good social distancing party. Two days after the celebrity snooze fest known as “One World Together At Home,” the 86-year-old country music legend celebrated the 4/20 holiday by enlisting a slew of A-list celebrities to take part in his “Come And Toke It” benefit concert for the Last Prisoner Project.

Stars like Matthew McConaughey, Tommy Chong, Kacey Musgraves, Kevin Smith, Jeff Bridges, Bill Maher, Toby Keith, Billy Ray Cyrus, and Beto O’Rourke joined Nelson’s live stream which began at 4:20 central time on April 20th. For the few who may not know, 420 is a code for cannabis users to spark up and smoke a bowl.

Join the #ComeandTokeIt #PassLeft challenge: perhaps the world's only chance to knock smoking with Willie Nelson off their bucket list. Whether you partake or not, this is your chance to live the dream. Now streaming! Find out more at www.luckreunion.com/comeandtokeit @williesreserveofficial @luckreunion

The Last Prisoner Project is a non-profit organization that is dedicated to helping people who are in prison due to outdated cannabis laws. Even though cannabis is legal for either medical or recreational use in more than half the country, there are still many states that put people in prison for growing and possessing the plant.

Nelson also took the opportunity to promote his Willie’s Reserve and Willie’s Remedy line of branded cannabis products and hemp-based wellness products, and he also celebrated his 87th birthday a little early – he turns 87 on April 29.

Nelson and his son Lukas played hosts for the event from Willie’s family ranch in Luck, Texas. Instead of everyone being scared and sad about life amid the COVID-19 lockdown, this event was a happy celebration with good music and good medicine.

During the “Four Hours and Twenty Minutes Of Fun,” Kacey Musgraves sang Slow Burn, Ziggy Marley played his version of his dad’s popular reggae hit One Love, and Shakey Graves did a cover of the Flying Burrito Brothers’ Sin City.

In addition to music, there were tutorials from cannabis farmers who explained how to harvest the plant, glass makers showing how to properly clean pieces, and a demonstration on how to make an apple pipe. Chef Spike Mendelsohn gave cooking with cannabis demonstrations, including his take on plant burgers and “potatoes fried in kief oil.”

However, the star of the show was Willie Nelson, with his music and his one-liners bringing a smile to everyone’s face. Even the bad jokes were funny at a time when it was desperately needed.

Porsha Williams Secures Her Acting Career – Check Out The Video