Vanderpump Rules star Jax Taylor and Brittany Cartwright are celebrating their first wedding anniversary on June 29th, and the couple recently reunited in Cartwright’s home state of Kentucky to enjoy a laidback “anniversary weekend” together.

Cartwright was already in her hometown after she flew to Kentucky in early June to be with her mom, Sherri Cartwright, after she ended up in intensive care due to complications from bladder surgery. 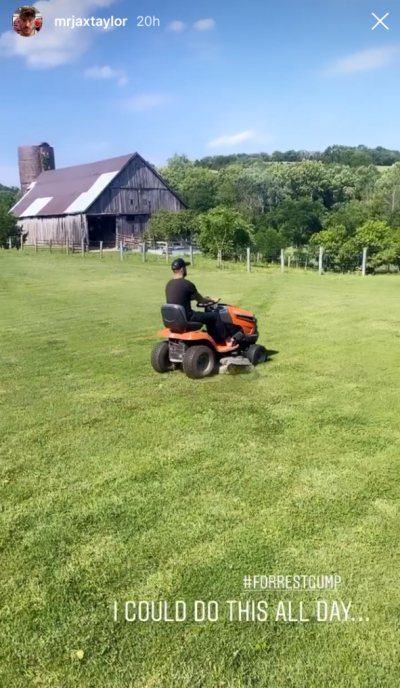 According to an Instagram post from their pastor Ryan Dotson - which he shared on June 18 - Sherri is now out of the ICU and “improving daily.” Vanderpump Rules fans might remember seeing Sherri appear on the Bravo series with her daughter, and she also showed up in the spinoff Vanderpump Rules: Jax and Brittany Take Kentucky .

An insider told Us Weekly earlier this month that Brittany was “beyond overwhelmed” by her mom’s health scare, as it came in the middle of big time controversy among the Vanderpump Rules cast.

Just days before Brittany flew to Kentucky, Bravo fired her co-stars Stassi Schroeder, Kristen Doute, Max Boyens, and Brett Caprioni due to past racially insensitive remarks and behavior. Former VPR star Faith Stowers also accused Brittany of using a racial slur, and she claims Taylor accused her of stealing his truck and going AWOL from the military.

Rumors started to swirl that Taylor and Cartwright would be the next to go, but they are still part of the Vanderpump Rules cast. It appears that the couple is leaving all of the controversy in Los Angeles, and enjoying some peace and quiet in the Midwest. 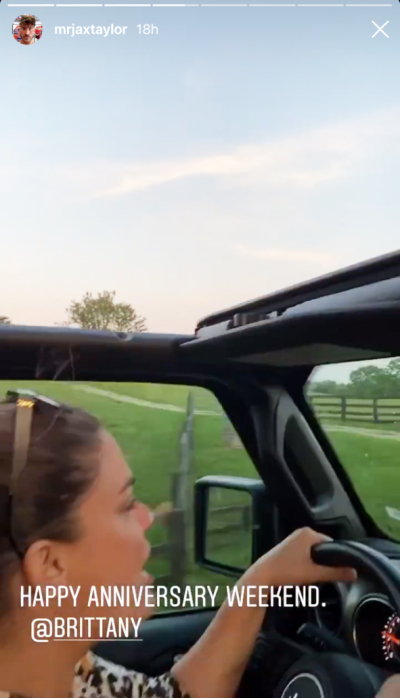 Taylor posted pics and videos from their “anniversary weekend,” which included mowing the lawn on a riding mower. The duo also did some antiquing and bought an old sewing machine and two fans at Antique Archaeology in Nashville, which is owned by American Pickers star Mike Wolfe.

Jax Taylor and Brittany Cartwright have been laying low amid the Vanderpump Rules controversy, but Taylor was spotted at Schroeder’s 31st birthday party before flying to Kentucky.

Vanderpump Rules is currently on hiatus, and Bravo has not announced any new casting news since announcing that they had terminated Schroeder, Doute, Boyens, and Caprioni.

Katy Perry Hit Rock Bottom In 2017 After Orlando Bloom Split; With A Baby On The Way And A Rekindled Romance With The Actor, She Is Enjoying A Revival With New 'Daisies (Can't Cancel Pride)' Video