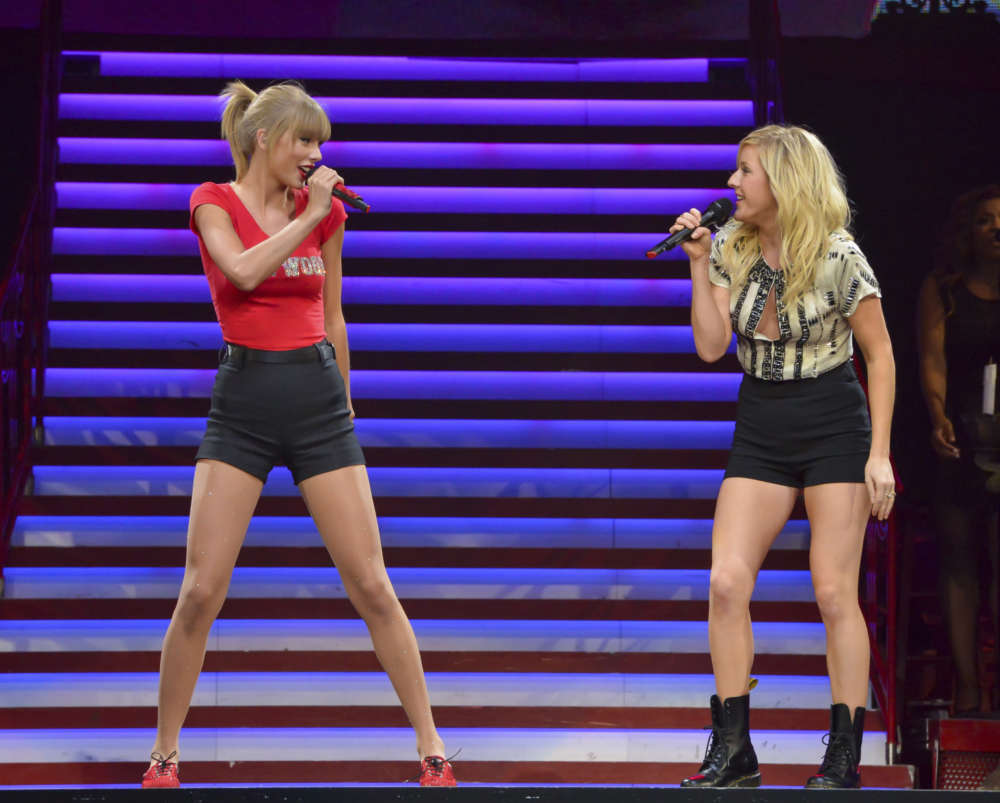 According to a report from UPI.com, Taylor Swift has been getting real honest about her feud with rapper Kanye West again. The pop-star spoke about the notorious bad blood between herself, Kim Kardashian, and Kanye West back in 2016.

Speaking with reporters from Rolling Stone this week, published on Wednesday, the 29-year-old singer-songwriter said to the journalists that Kanye was “two-faced” in the way that he interacted with her, moreover, she claims his duplicitousness played a fundamental role in their subsequent feud.

As it was previously reported, Taylor and Kanye feuded very publicly three years ago after Kanye alluded to her as a “b*tch” in his song, “Famous.”

Swift stated that she never agreed to him putting those lyrics in the song, however, Kim recorded the conversation Taylor had with Kanye, in which Kanye asked her if it was alright.

As the story goes, after Kanye asked for her permission, West changed the lyrics at the last minute, different lyrics from what she had originally agreed too. Taylor said to the outlet, “some events took place to cause me to be *** off when Kanye called me a b*tch.” Taylor said it was not just a “singular event.”

As most know, Taylor and Kanye’s bad blood first began ten years ago in 2009, after Kanye stormed the stage during Taylor’s speech at the MTV Video Music Awards. Swift claimed she wanted Kanye to respect her after the incident, and when they finally met, things seemed good between them.

Taylor added that she and Kanye went to dinner and hung out, and all she really wanted was to get his approval. She added, “it just felt like I was healing some childhood rejection or something from when I was 19.” When Kanye called her before the 2015 MTV VMAs to ask if she would present him with the Video Vanguard Award, she was thrilled.

According to Taylor, she wrote a speech for the occasion, and then when she was up there, Kanye stormed up on the stage and screamed, “MTV got Taylor Swift up here to present me this award for ratings!” Kanye sent her flowers the day after to apologize, and then she thought they were on good terms, especially after he called her to ask about the lyrics to the song, “Famous.”