T.I. And Tiny Harris Look Happy And In Love On Club Date Before Her Birthday - Check Out The Pic!

T.I. was photographed by the paparazzi alongside his wife, Tiny Harris as they were leaving a club last night, just before her birthday! As fans know, the Xscape singer is celebrating her 44th and it looks like the partying started early, with an outing alongside her husband, rapper and actor, T.I.

As they walked out, Tip can be seen wrapping an arm around his beloved wife.

Tiny looked as gorgeous as ever in an all-black outfit comprised of a cami, high-waisted pants, and a pair of black sneakers with white laces.

When it comes to her hair, it was styled in her natural curls and let down.

Meanwhile, her husband looked pretty casual but still put together in a white top with a jean shirt over, green and blue shorts and a pair of green sneakers.

The rapper made sure to accessorize as well, wearing a New York Yankees baseball cap and carrying a black backpack. 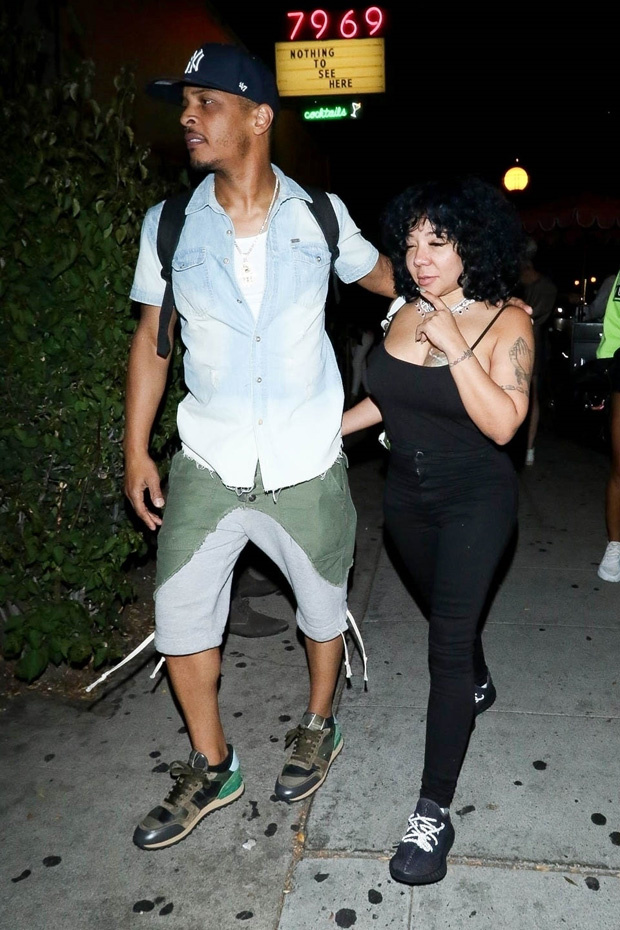 Their sweet time out comes after reports that their youngest child, 3 year old daughter, Heiress, is already starting her career in the entertainment industry.

One source told HollywoodLife previously that ‘Heiress had her very first real acting audition last week and she just nailed it, she is a total natural. Her parents are really proud and supportive. Heiress is only 3 years old, but her talent is showing already. She loves singing and dancing and she can also act, she is going to be a triple threat. Tip and Tiny are incredibly supportive, she is for sure a superstar.’

It sounds like the two parents will have a lot more reasons to celebrate in the future as well, aside from just their birthdays and that could include their cute daughter’s first gig and many others to follow!

T.I. Wants Lawsuit Against Him To Be Thrown Out - Details!

JWoww, Her Ex Roger Mathews And Her Boyfriend Celebrate Daughter's Birthday Together - Check Out The Cute Clips!