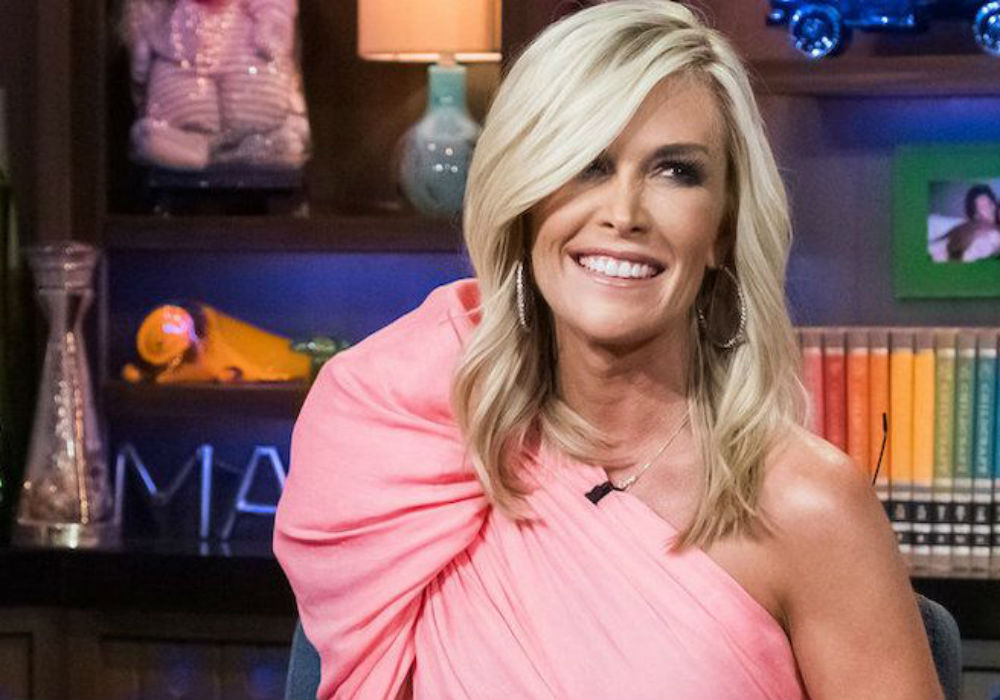 Rumors are swirling about possible cast changes on the Real Housewives of New York City, as Tinsley Mortimer, Barbara Kavovit, and Luann de Lesseps are all reportedly in danger of losing their jobs. According to an insider, producers are looking for new blood, and Deidre Ball – the wife of Anthony Scaramucci – is in talks with Bravo about joining the cast for Season 12.

“I can’t get into too much detail, but I’d love to do the show if they really wanted me to do the show. But right now, we’re just sitting here, waiting, and I’ll let you guys know,” explained Ball on her and Scaramucci’s podcast Mooch and the Mrs.

Anthony Scaramucci Says Wife Would 'Have a Lot of Fun' on RHONY Amid Reports of Her Joining Show https://t.co/3EJWAGyiHm

Page Six is reporting that Ball has met with Bravo, and if she joins the cast it will be “reality TV gold.” Ball and Scaramucci (AKA the Mooch) have a dramatic relationship that once saw her file for divorce when she was nine months pregnant. However, the couple eventually reconciled.

The former White House communications director appeared on Celebrity Big Brother earlier this year as a fake houseguest, and he is completely on board with his wife becoming a cast member on RHONY.  Scaramucci said he thinks his wife would have a lot of fun on the show, but he hopes that fans wouldn’t hold his Trump ties against her.

“I hope the Cheeto stains on my hands are not on your hands,” said Scaramucci.

As for Tinsley Mortimer, she has been on the show for three seasons but has had a less than spectacular storyline, which is why she could be on the chopping block. Page Six is already claiming that Bravo has given her the “heave-ho,” and as one insider puts it, “No one knows her and it’s like starting all over every season. How many seasons can they sit around talking about her dating or not dating Scott [Kluth]?

Ramona and Tinsley walking past the stretcher and ambulance while an EMT took Sonja’s vitals so they wouldn’t miss the Uber en route to the club is nothing short of iconic #RHONY pic.twitter.com/cvq7CKMIF3

Another source added that Kavovit will not be joining the cast full-time, and she might also lose her friend status, while de Lesseps is asking Bravo to double her salary amid her legal troubles.

Since Season 11 is still on the air, Bravo won’t comment on the possible cast changes for next season. But, if Ball does join the ladies, she will be a perfect fit.