RHOA: Kandi Burruss And Kenya Moore Call Out Porsha Williams For Making Up With Nene Leakes After Talking Nasty Behind Her Back 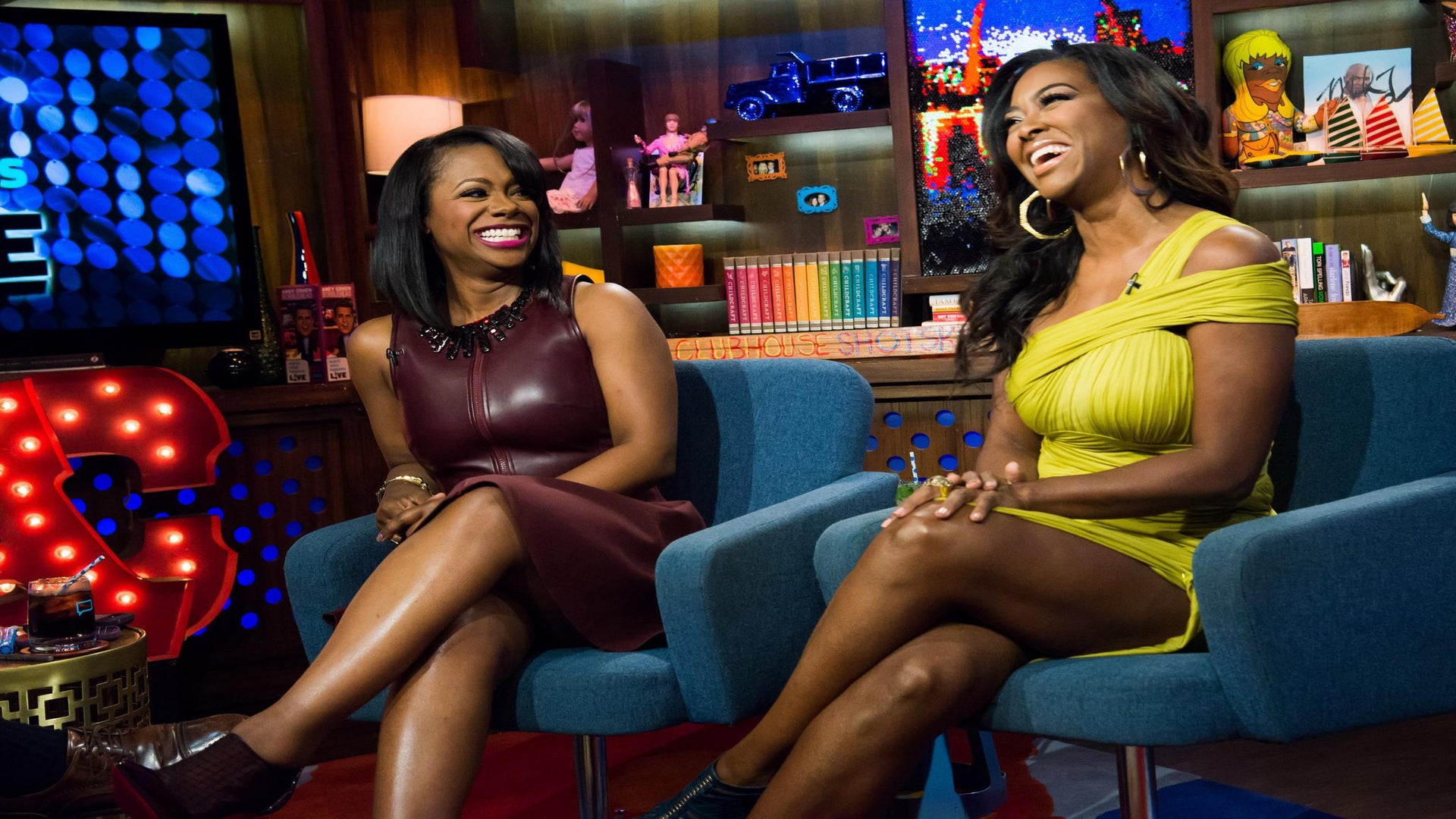 During last night’s episode of Real Housewives of Atlanta, Porsha Williams and Nene Leakes made up after what seemed to be an everlasting feud. Two people that were shocked by the duo’s action was Kandi Burruss and Kenya Moore.

Porsha and Nene have had a sisterly relationship for many seasons on the show. Porsha has looked to the Glee alum for advice and guidance since her tumultuous divorce from Kordell Stewart.

The most recent rift between the two started during the last season reunion when Porsha alluded to the possibility that Leakes put her hands on her while she was pregnant during the closet incidence.

After that, the two engaged in a nasty text message fight that spilled over to social media.

In Greece, the ladies put their feud to bed which left Kandi and Kenya confused because they claim Williams was the main one in the group slamming Nene behind her back.

They opened up about it during the RHOA after show.

‘You were the main one who didn’t want nobody to make up with her. That’s my thing. You literally live around the corner from each other and never spoke or see each other unless we’re together .’

Kenya agreed with the singer and said that they have receipts that they’ll never show of Porsha slamming Nene.

However, Kenya has changed her tune after watching the episode where Porsha and Tanya encouraged Cynthia to confront her about quizzing Bailey about the wine industry.

Moore took to Twitter to announce that she will be exposing fake friendships.

‘RHOA Season 12 Reunion will be EPIC! The #TRUTH about all these #FAKE friendships will be exposed. Secrets have been kept way too long. All the snake’s heads will be cut off. My receipts are ready. #RHOA ##RHOASeason12Reunion.’

Meanwhile, both Leakes and Williams took to social media to let followers know that they are friends who forgive each other.

Cynthia Bailey Recalls The Time In Greece With The RHOA Ladies