Quavo and Saweetie have been together for quite a while now. Back in September 2018, Saweetie addressed the Quavo dating rumors, and things seemed to be going in the right direction for them ever since.

The rapper just surprised her with some icy bling and her yelling says it all.

Tamar Braxton Has A New Podcast Episode Out Featuring Saweetie

Another fan, on the other hand, believes that 'That’s cool & all...but I just be wanting them to think beyond the ice & cars😕' 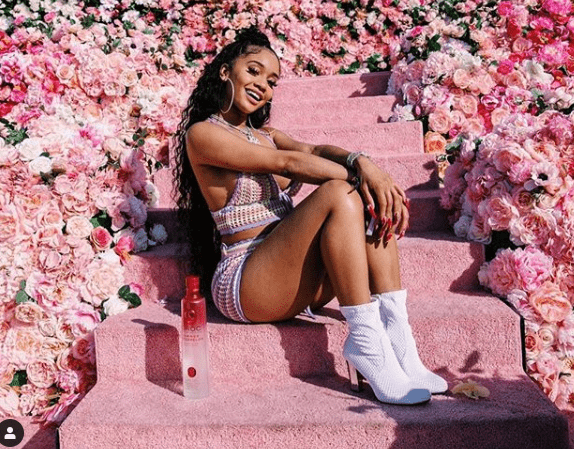 Saweetie Says The Elevator Fight Was Not The Reason She And Quavo Broke Up!

One follower said 'The chain is nice as hell, but I rather him have bought me some property I can flip later !!!!'

An Instagrammer believes that 'He is forcing the relationship to be something so bad but all she wants from him is clout and his money.'

Someone else said 'All he does is give her jewelry .. bro show her you more than money .. do something that doesn’t cost something.'

A fan said 'I wonder do these men actually show their women real unconditional love or do they just buy them jewelry and bags to keep them happy?'

There were a lot of similar comments criticizing Quavo for only giving women such expensive gifts and they kept bringing up Nicki Minaj as well, as you saw in the comments above.

What do you think about this kind of lavish gifts?

Saweetie Reveals Fans The Reason For Which She Is In Shock

Saweetie Has A Message For Billboard Following Her Award

Saweetie Shaves Her Head And Shocks Fans With Her Explanation

Lil Scrappy And Erica Dixon Pose With Daughter In Stunning Dress To Formal; Fans Defend The Mom For Bringing Her New Boyfriend In The Picture