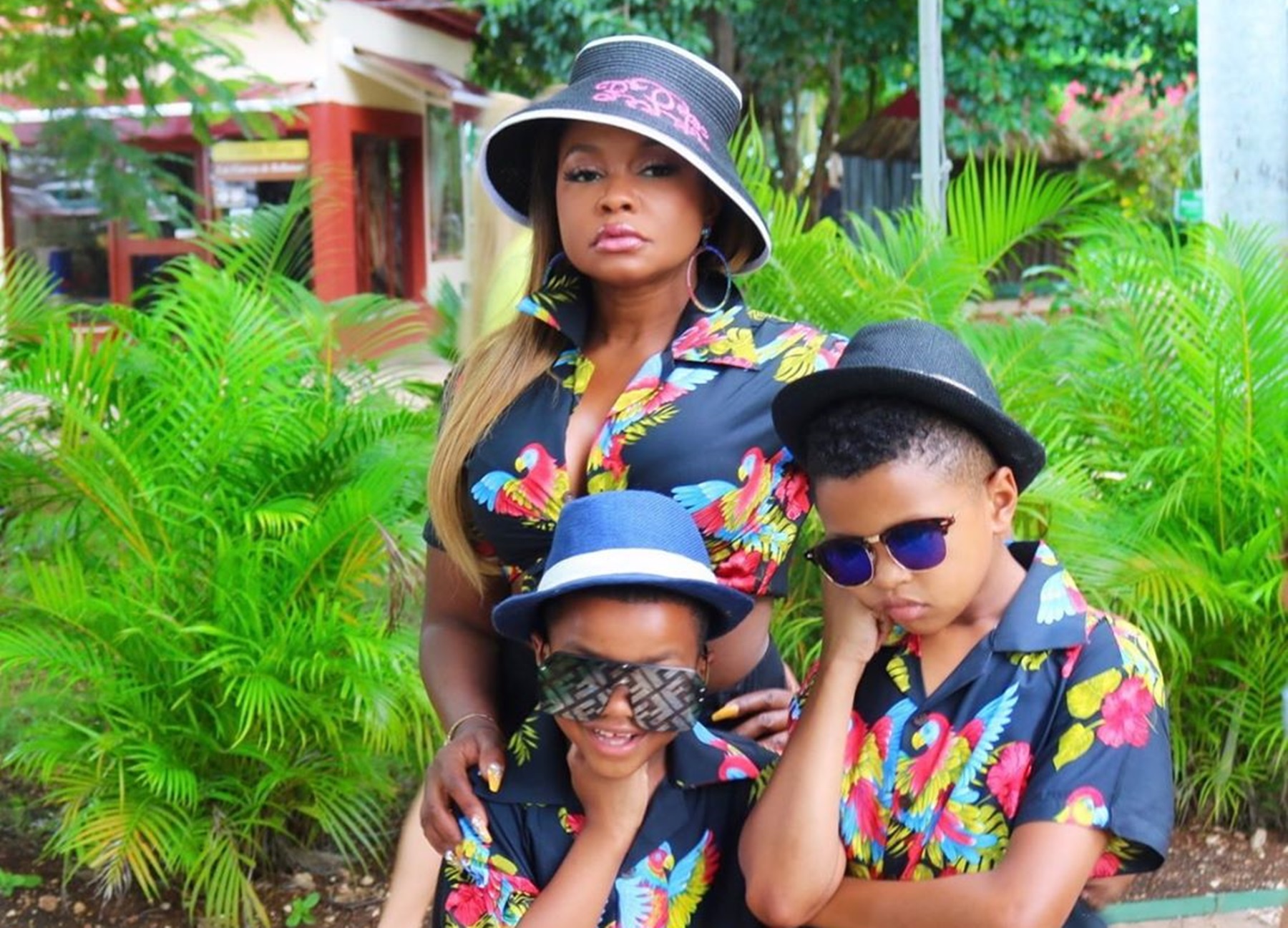 Phaedra Parks shared a video featuring her son, and fans are in love with him. Check out the cute kid addressing fans.

‘Out of the mouths of babes 🤣😩 Here’s to a smooth #weekend and an easy #Friday #night #TGIF yes #MrPresident is always an entire #MOOD,’ Phaedra captioned her post.

Someone said: ‘Why is he holding that cup like he’s drinking a cocktail,’ and another follower posted this: ‘Girl he something else Not hard like Friday night I’m dead!’

One commenter wrote: ‘@phaedraparks ask @neneleakes to take your son on her comedy tour,’ and another follower said: ‘Listen Phaedra knew from birth that her children would be something serious! Mr. President is holding up to his name, honey.’

A fan gushed over Phaedra’s son and said: ‘He is so adorable and absolutely correct. Plus he is your twin @phaedraparks,’ and one other follower posted this: ‘@phaedraparks he look like you and got the personality and mouth like you too.’

Someone else said: ‘He’s been here before, look how he’s holding that glass…’

A fan told Phaedra that her son is Apollo’s twin for sure: ‘Mrs. Parks, after careful consideration, Mr. President is Apollo twin. It’s weird because in all his photos, he’s your twin, but in some of the videos, I see nothing but Apollo. Win/win either way it goes.’

Phaedra’s fans are completely in love with both of her boys, Dylan and Ayden.

A couple of days ago, Phaedra shared her guidelines for 2020.

She seems to have some pretty bold goals for 2020, and she shared them with her followers and fans on her social media account. They agreed with her message and told her this in the comments.

It’s also worth noting that Phaedra told her fans that she began the New Year by spending some relaxing time to heal herself after a busy 2019.