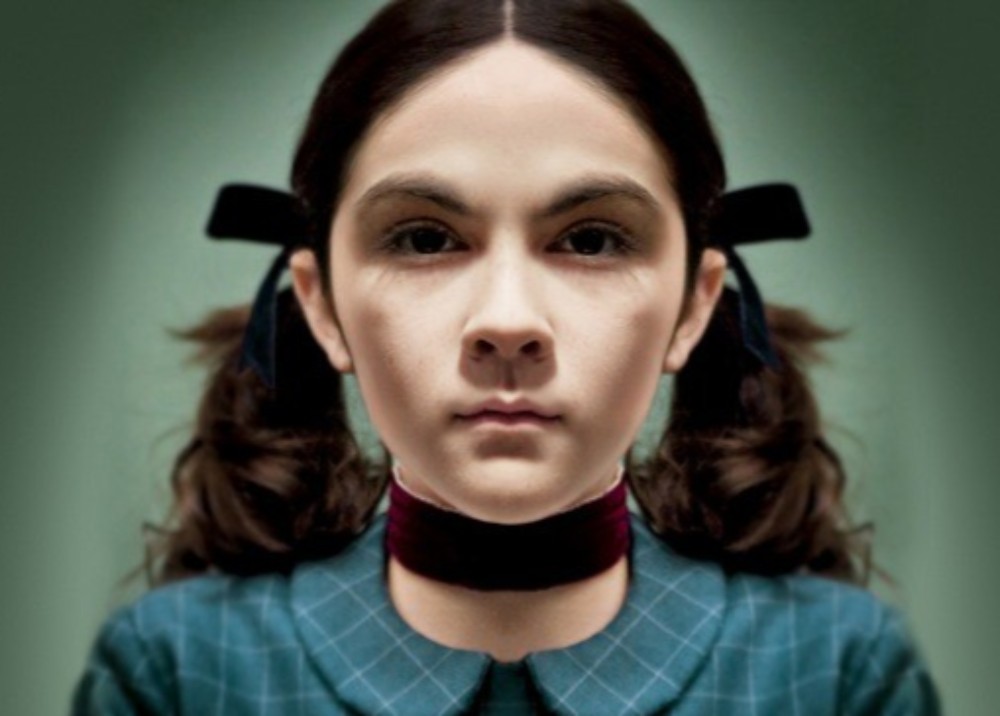 Isabelle Fuhrman was only 12-years-old when she terrorized people as Esther in the horror movie Orphan. The plot was one of the creepiest storylines to hit the genre — a nine-year-old orphan is adopted and has trouble blending in with her new family because she’s really an adult. In the movie Orphan, the girl posing as a child is really a 33-year-old murderous psychopath.

Now, there is a case making headlines that sounds as if Warner Brothers wrote it themselves!

An Indiana woman named Kristine Barnett (45) and her ex-husband (43) Michael Barnett are facing charges for abandoning their adopted Ukranian daughter, Natalia when she was nine-years-old.

The Barnetts are accused of leaving their adopted daughter in her own apartment and moving to Canada with their other children. Their defense is that Natalia wasn’t really nine-years-old, but a 22-year-old sociopath who pretended to be a child. The Barnetts were told Natalia was six-years-old when they adopted her.

Kristine granted Daily Mail TV an exclusive interview where she explained why they came to believe that Natalia was actually an adult and a danger to their family.

According to the report, Natalia underwent mental health treatment following a series of attack where Kristine alleges her daughter tried to poison her coffee with bleach, attempted to electrocute her by trying to push her on an electric fence and threatened to stab herself and her then-husband.

Kristine says that when  Natalie underwent treatment, they determined she was an adult and not a child. She says that in 2012, she was told that Natalia was actually born in 1989 and to have her birth certificate updated.

Following that conclusion, the Barnetts set the girl up in an apartment and moved to Canada.

According to the state, Natalia was left on her own for three years when she was only 9 years old. She stands a mere 3 feet tall.

You may see the Daily Mail’s fascinating report on this story below.

V
EXCLUSIVE: ‘She tried to kill us!’ Indiana mother who adopted 6-year-old Ukranian girl with dwarfism has been charged with abandonment but claims her ‘daughter’ was found to be a 22-year old 'sociopath' masquerading as a child
======https://t.co/zA97jKvh7V pic.twitter.com/5vRD6kvfLL

In a strange coincidence, Kristine Barnett’s own son is a genius who has been featured on programs such as 60 Minutes due to being a physics prodigy.

Are the parents who raised a prodigy responsible for abandoning their adopted child or were they soon to be victims by a psychotic 22-year-old sociopath?

Some of the things that convinced the Barnetts Natalia wasn’t a child was that she never grew in height, menstruated, had pubic hair, an advanced vocabulary, did not like to play with toys and dolls and though they were told Natalia was Ukranian, she couldn’t speak the language or communicate with a Ukranian friend of the family’s.

What do you think about this case? Are you following what may be a real-life case of the movie Orphan?

Janet Jackson's 'Rhythm Nation' Producer Jimmy Jam Teases That She Has An Amazing Song In Store For The Fans!