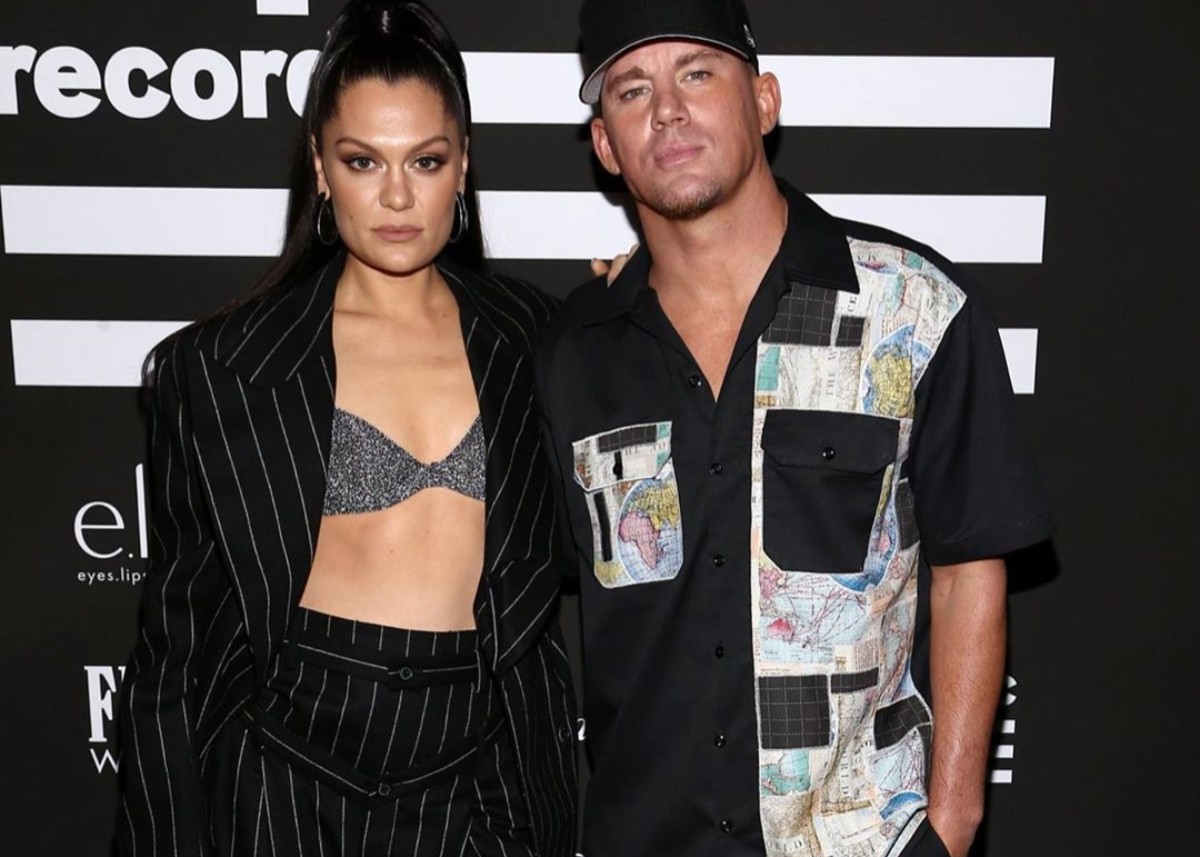 Jessie J and Channing Tatum are back as a couple and together they made quite the striking pair when attending the Grammys after-party.  Styled by Maeve Reilly, Jessie J wore a Y/Project black and silver pinstriped suit with what appeared to be a cashmere, silver and gray bralette top while Channing Tatum wore Axecents by Orah LeMaître who shared several photos of the duo. Jessie J paired the outfit with Jennifer Fisher jewelry and a Marzook purse called the Black Pill. Several photos of Jessie J and Channing Tatum have made rounds including some with Jessie J resting her head upon Channing’s shoulder.

Channing and Jenna Dewan have had a tumultuous time of things lately as they continue to fight about the custody and visitation of their daughter, as Jenna is expecting her second child. It is unclear whether  Jessie J’s and Channing Tatum’s reunion will have any impact on his relationship with ex Jenna Dewan, but it doesn’t seem likely to.

Jessie J looked blissfully in love as she wore her dark tresses up and away from her face in a high ponytail. Her makeup was fresh and natural-looking and her complexion looked flawless.

Channing Tatum looked serious and tough for the camera as he wore a black cap that complemented his Axecents by Orah Lemaitre suit.

You may see several photos of Jessie J and Channing Tatum in the photo slideshow player.

TMZ caught up with Jessie J and Channing Tatum who officially confirmed to the media outlet that they were back on. Jessie said she was very lucky. When asked if they were going to last this time, Jessie J confidently indicated they would.

The video also showed both Jessie J’s and Channing’s outfits.  Jessie’s oversized jacket gave her a smooth, sophisticated look and she showed off her flawless abs with every step and move of the suit jacket.

You can see as Jessie J and Channing Tatum confirmed their relationship status by holding hands as they entered a vehicle and went on their way in the video player below.

What do you think about Channing Tatum’s and Jessie J’s Grammy afterparty outfits?

Were you surprised they got back together?