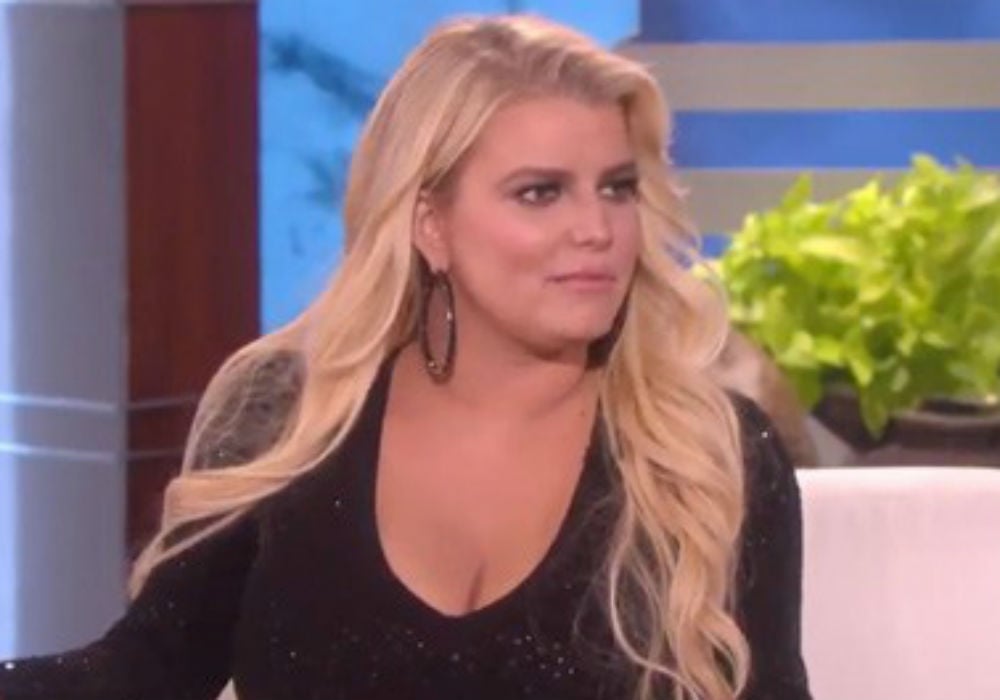 Jessica Simpson is currently promoting her new memoir Open Book by giving multiple interviews to different media outlets. And, the 39-year-old singer is dishing on everything from her struggles with addiction to her first marriage to Nick Lachey.

While speaking with the Today Show, Simpson admitted that she was drunk during her May 2017 appearance on The Ellen DeGeneres Show. And, she says that the video is so cringe-worthy she can’t look at it.

“I can’t even watch the interview,” explained Simpson. ” “It was a weak moment for me and I wasn’t in the right place. I had started a spiral and I couldn’t catch up with myself … and that was with alcohol.”

While talking with DeGeneres, Simpson was slurring her words and not making much sense, making comments like “We have an IUD. Nothing’s gonna get in that uterus” when discussing how she was pregnant during her previous two appearances on the show, but wasn’t pregnant at that time.

Simpson also told DeGeneres during the interview that she had been with her husband Eric Johnson for seven years, and she didn’t think she’s ever had a seven-year relationship “other than with a woman.”

Everyone who watched was confused – even DeGeneres – and the comments on social media weren’t kind. One person wrote that Simpson could “barely put together a coherent sentence,” and they were “embarrassed” for the singer because they interview was so painful to watch.

Simpson writes in her memoir that she was killing herself with drinking and pills during that time.

On a lighter note, Simpson told Jimmy Kimmel when she stopped by Jimmy Kimmel Live! this week that she auditioned for The All-New Mickey Mouse Club in the early 1990s, but she didn’t make the cast that included Justin Timberlake, Ryan Gosling, Christina Aguilera, and Britney Spears. However, they all remained in the same social circle.

“Throughout life, we all found out way back to each other in ways. We were in the same circuit,” she explained. “I knew Justin Timberlake very well. After [my] divorce and he was out of a relationship, he was, like, over at my house, and we shared a nostalgic kiss. I thought, ‘Oh, this is interesting.’”

After the kiss, Simpson said that Timberlake immediately took out his phone and started texting. She thought he was texting another girl, and wondered if she had stuck her tongue out too much.

“But apparently him and Ryan Gosling had a bet on who would kiss me first when they were 12 years old, so he texted Ryan and said he won the bet. And I was like, ‘Oh, OK, um, so we don’t kiss again? That’s done.’ … I don’t even know how much they bet. Lord knows! I’d have to ask Justin,” said Simpson.

The fashion designer is now married to Johnson – a former NFL player – and they share three children. However, Jessica Simpson did admit that when she was growing up, she would have chosen Ryan Gosling over Justin Timberlake because “there was something so cute about” The Notebook actor.