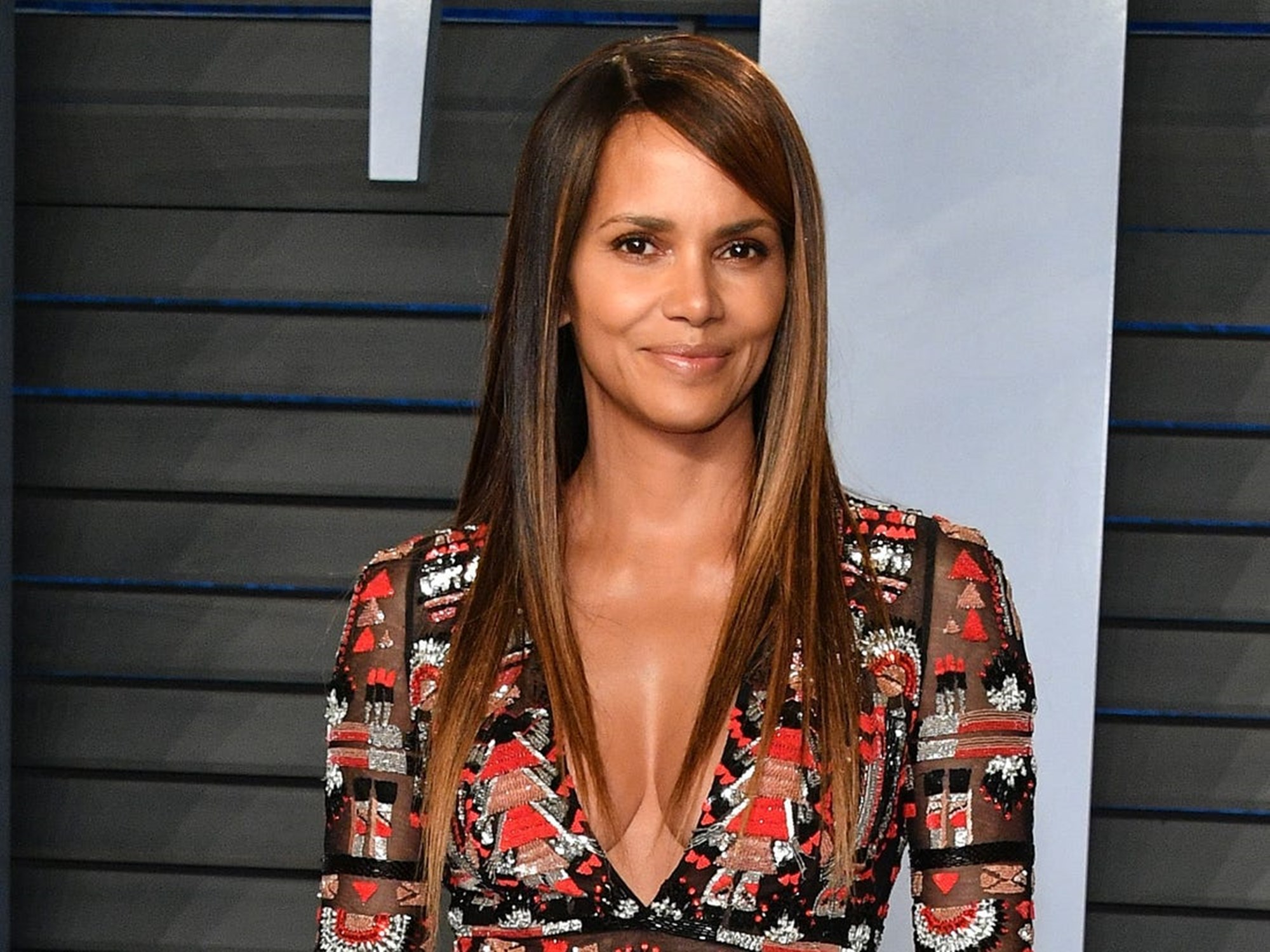 Halle Berry set social media on fire after the 53-year-old actress updated her Instagram page with a new picture that showed off her toned figure.

In the photograph, the Oscar winner could be seen standing in a lavish garden with her back turned to the camera surrounded by greenery.

For the snap, the movie star is dressed in attire by Nez York City that had such a revealing design that the actress appears practically nude on the photo.

Happy #FitnessFriday, everyone! There’s no better feeling than setting a goal and smashing it. One of my goals for #BruisedTheMovie? Ripped Abs – and today? I finally got them, and it feels unbelievable! This #FitnessFriday, I encourage you guys to set your bar. What is your fitness goal? Set the BAR higher than you think, share your goal in the comments and HOLD yourself to it. The work won’t be easy, but that pay off? Worth every damn second. In the meantime, head to stories for my #BruisedTheMovie workout, courtesy of my performance coach @mubarakmalik, aka "Bar" and put that inner-warrior to the test! Happy Friday! ♥️

It seems that Berry was having a good time on the day the photograph was taken because she described her post by writing that she was happy to be back at home and in her garden.

The picture quickly gathered the attention of Berry’s nearly six million followers on the popular social media platform, and many rushed to write compliments on the actress’ stunning looks.

It’s the final days of my directorial debut, and one thing I have learned is the importance of applying pressure and never even considering quitting ! No way I would have gotten it done. Thank you to the community that embraced me and to @applypressuretshirts for the beautiful gift and gentle reminder. ❤️ #BruisedTheMovie

One fan of the actress even tried to cause some amusement by writing it was probably a “no pants Thursday” when Berry was taking the picture, while another stated that his thirstiness was being tested.

Happy to be back home on this hump day in my favorite things…my garden and @nezyorkcity top! 🌿

Berry continues to be active on social media, as from time to time, she posts about her daily life and her workout regime.

Thank you for riding with me on this platform. I appreciate you and that special feeling I get from ALL of you. Happy 2020!! ✨♥️✨ #TopNine

The famous actress caused quite the commotion in November when she shared a photograph revealing her chiseled stomach and ripped abs, which was the result of her rigorous training for her role in the upcoming movie, Bruised.

Welcome to the first #FitnessFriday of #2020! To me, nothing is more important than starting the new year off purifying with some good old fashion hydrotherapy! Let’s leave the toxins of 2019 behind! A hot steam is one of my favorite things in the whole world, and it’s for a good reason. It purifies, relieves muscle soreness and respiratory issues, increases your circulation and calms anxiety. How about a polar bear plunge? A cold shower can be LIFE changing! Cold water tightens the skin and stimulates blood flow, accelerates metabolism, increases alertness and can treat depression. I love taking a hot steam and then taking a cold shower or bath right after. I challenge you to try this today and see how it makes you feel, and check stories today for a few more of my favorite things in the new year ♥️- Happy Friday!

The star worked out in the course of several months with the help of the professional trainer, Bar Malik.

She posted a new Fitness Friday with a sexy photo and the following caption: “It’s finally #FitnessFriday, and this week I’m back in LA with my fellow spirit animal (and new dad to his baby Leela!! ✨) @peterleethomas. We’ve talked several times about the benefits of a good stretch for body & mind – So today, Peter will be demonstrating unconventional stretches that will do a world of good for muscles you didn’t even know were tight! We’re talking lats, quads, shoulders, spine, lower back, chest – you name it, we got it covered. Check stories for more info and Happy Friday!”

Berry is still on top of her game after several decades as a major player in Hollywood.