Game Of Thrones Showrunners On Why They Created The Night King, Plus New Teasers Hint He May Win In The End 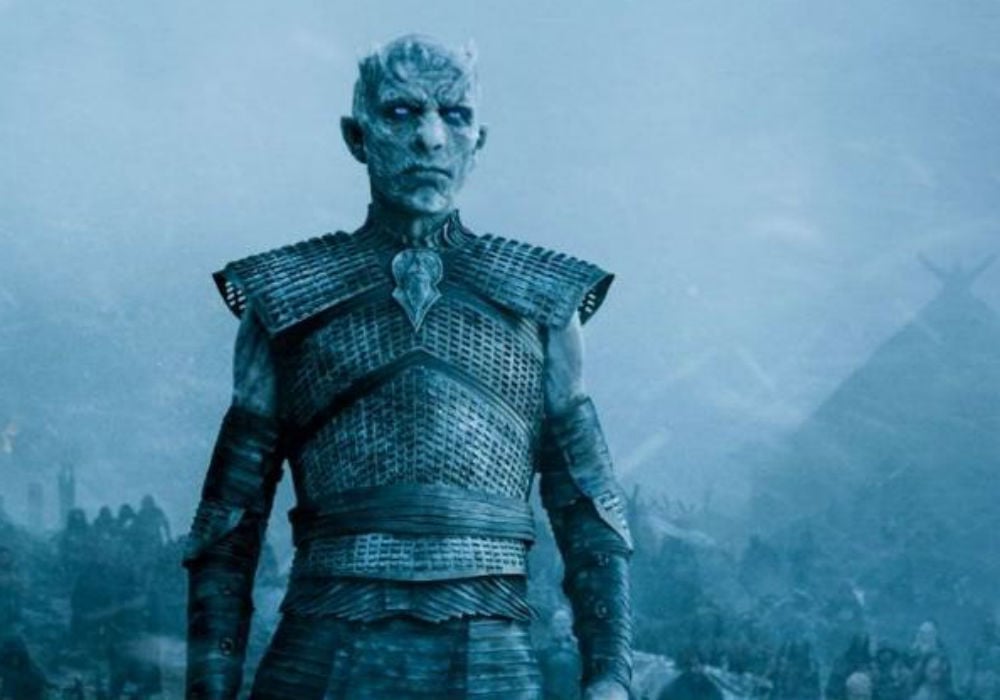 The Night King is easily one of the most important characters heading into the final season of Game of Thrones, but it is interesting that he is not anywhere in George R.R. Martin’s books. Martin mentions a character called the Night’s King, but the two are completely different. So why did Game of Thrones showrunners decide to create the leader of the White Walkers?

The Night King (Vladimir Furdik) was introduced back in Season 4 and has been marching south with his army ever since. We got a little bit of a backstory in Season 6 and learned that the Children of the Forest created the Night King to fight the First Men.

The pop-culture juggernaut "Game of Thrones" returns to HBO Sunday for its eighth and final season. Are you ready?https://t.co/HTZFpA2sbs

In an interview with Entertainment Weekly, Dan Weiss and David Benioff revealed why they decided to create the character and break from the books.

“It was almost logical as you went back in time, as you create the prehistory for all this,” Weiss explained.

For the showrunners, it was only logical to keep going backwards in time until they came up with how the White Walkers were created. They did not want the creatures to be some kind of cosmic force and thought it would be better if they had an origin that could be better understood. This is why they came up with the Night King’s origin story and turned him into a larger character in the series.

Weiss added that while the Night King is certainly perceived as the ultimate evil by fans, he does not think of him in that way. Instead, Weiss considers the Night King more like Death, and his sole motivation is to kill everyone in Westeros, which was what he was created to do.

If you could only watch Season 8 of #GameOfThrones or #AvengersEndgame – which would you choose? pic.twitter.com/HsDZxxZoCo

Benioff also talked about why the Night King has not been given any lines. Benioff revealed that the character really does not have anything to say and that hearing him talk would probably just diminish him.

Game of Thrones is set to return to HBO on April 14.