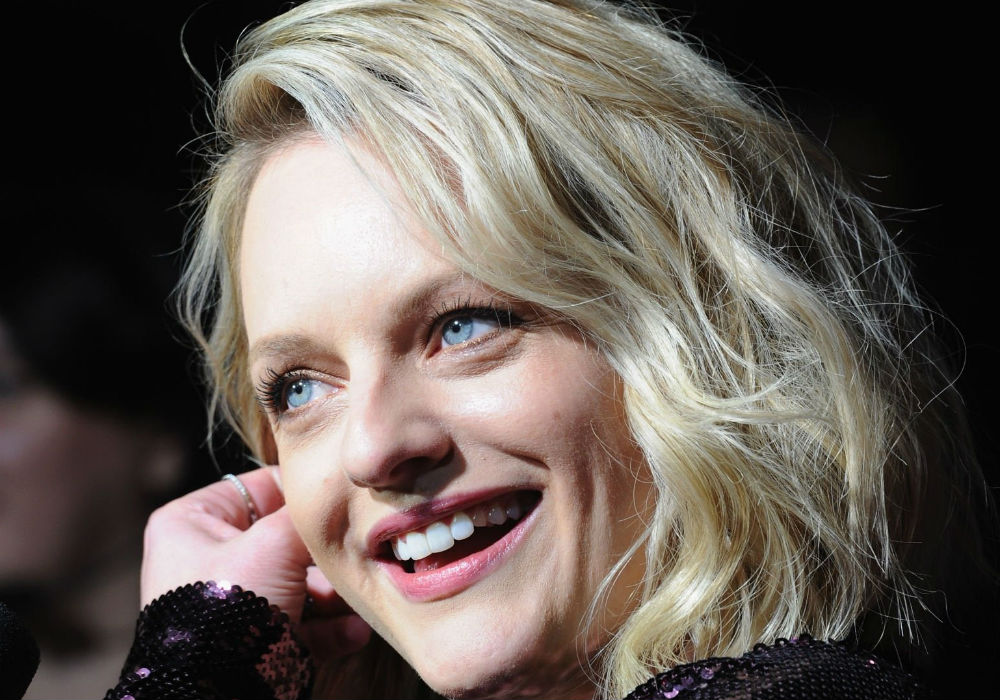 Elisabeth Moss is currently promoting her new film The Invisible Man. And, during her recent appearance on Watch What Happens Live with Andy Cohen she revealed that she found inspiration from the Real Housewives of Orange County for one of her most popular movie characters.

The admission actually came during the WWHL After Show, when a caller asked Moss if she used the OC Housewives as inspiration for the character of Kitty Tyler in Us.

“Legit,” said Moss as she let out a big laugh. She went on to explain that it wasn’t one particular cast member that gave her inspiration. Instead, it was “the vibe” from all of the women that was “so inspiring,” said Moss with a big dose of sarcasm.

Jordan Peele wrote and directed Us, which was a horror film released in 2019. Moss’ character was a wealthy woman with twin daughters, and the character could have easily been a part of RHOC.

During her WWHL appearance, Moss – who is a practicing Scientologist – answered a question from a caller about the rumors that she was going to marry Tom Cruise. Cohen was actually quite surprised by the question because he hadn’t heard the rumors.

Moss said she couldn’t believe Cohen missed it, and he said he would have been so excited for her and would have immediately sent her a congratulatory DM.

“I actually was confused,” admitted Moss. “And also, I mainly got texts from people being like ‘I didn’t know, why didn’t you tell me?’ And just confusion from my friends. But mainly poking fun at it because obviously they knew it wasn’t true.”

Moss added that she saw the story on the cover of a gossip magazine, and she noticed that there was something off about the picture the publication printed with the it. The Handmaid’s Tale star said that the haircut wasn’t right, and the picture was obviously not her.

“I’ve never had that haircut,” insisted Moss. Instead, she says the unnamed magazine had printed a picture of Cruise with another woman, but photoshopped Moss’ face into the image.

Moss’ Invisible Man co-star Aldis Hodge chimed in that you know you’ve made it when people are making up stories about who you are marrying.

The Invisible Man is currently playing in theaters nationwide.