President Donald Trump has found a way for the White House Coronavirus Task Force briefing to be all about him.

On Saturday, the former reality TV star turned politician surprised everyone by appearing a briefing where he shocked many by revealing that he finally decided to be tested for the coronavirus.

The president had angered many Americans by refusing to be tested after it was revealed that he was in contact, dinned, and shook hands with many politicians and figures who were ill while at his Florida home in Mar-a-Lago.

During his surprise appearance at the briefing, he randomly started taking every reporter’s temperature and revealed the following: “By the way, I had my temperature taken coming into the room. I also took the test last night. And I decided I should based on the press conference yesterday, and people were asking that I take the test.”

NBC News’ Kelly O’Donnell asked: “When will you have the result, Mr. President?” Trump responded by:
“Whatever it takes, a day or two days whatever it is, they sent it to a lab.”

O’Donnell asked: “But you’ve been saying sending mixed messages, and we watched as you shook hands with people yesterday, you have talked about 5 million tests being available, but we won’t need that many, has your own sense of urgency evolved, and are you changing what you’re doing?”

Trump claimed: “No I’ve been urgent, this is urgent for me right from the beginning.” On Saturday afternoon, via social media, the White House released a memorandum from Trump’s physician who stated that he “remains symptom-free” one week after having dinner with the Brazilian delegation at his Florida home in Mar-a-Lago where he was exposed to the coronavirus.

The test result comes one day after Trump delivered a speech and declared the coronavirus pandemic a national emergency.

He stated: “In furtherance of the order, I’m urging every state to set up emergency operation centers effective immediately. You’re going to be hearing from some of the largest companies and greatest retailers and medical companies in the world. They’re standing right behind me and the side of me. I’m also asking every hospital in this country to activate its emergency preparedness plan so that they can meet the needs of Americans everywhere. The hospitals are very engaged. New York and various other places are also various engaged. I just spoke with Governor Cuomo. We had a very good conversation, and we’re working very strongly with the many states, including New York.”

There have been more than 2,900 confirmed cases in the U.S. and at least 59 coronavirus-related deaths, according to the Center for Systems Science and Engineering at Johns Hopkins University. Worldwide there are over 156,000 confirmed coronavirus cases and more than 5,800 deaths. 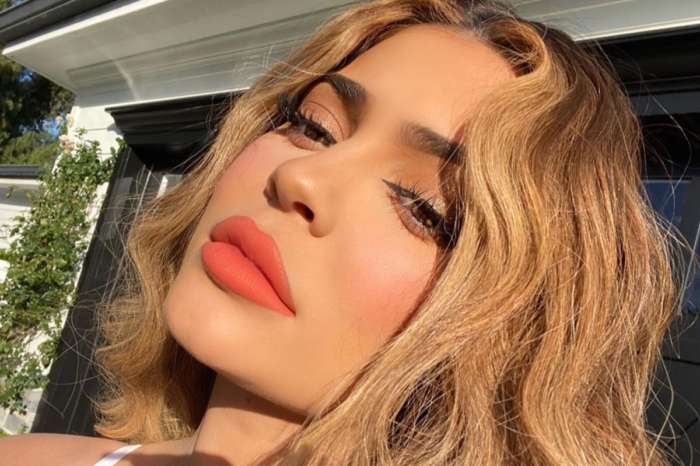 Kylie Jenner Is Gorgeous In Balenciaga