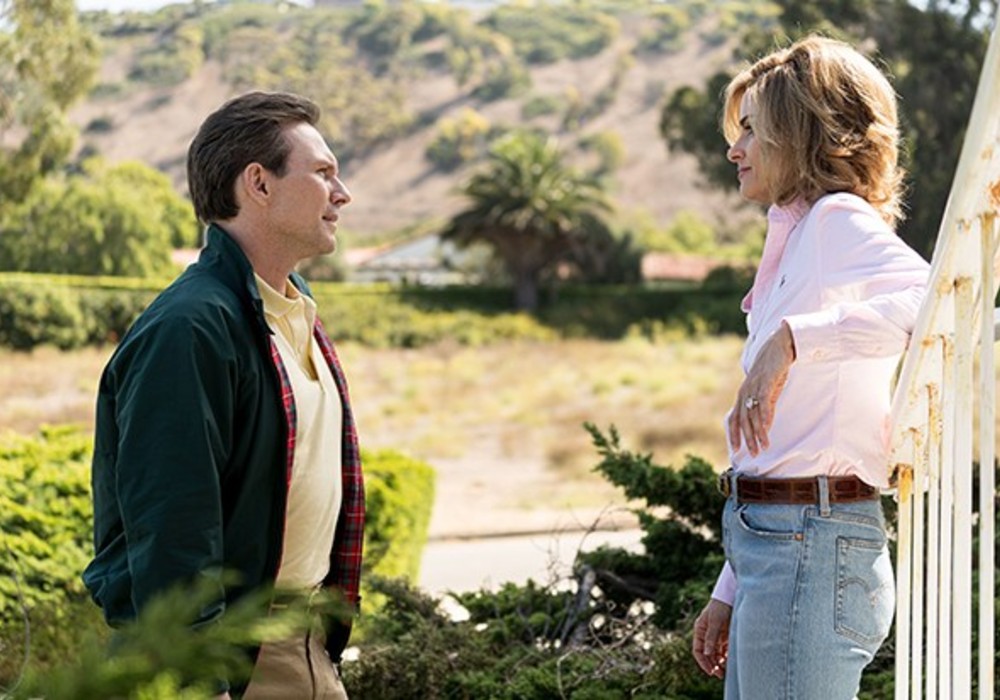 The crime anthology series Dirty John – which premiered in 2018 on Bravo – is now moving to the USA network with a whole new story to tell. For Season 2, the series will focus on Dan and Betty Broderick, whose split was so nasty Oprah Winfrey called it one of “America’s messiest divorces.”

Dirty John: The Betty Broderick Story stars Christian Slater and Amanda Peet as the infamous California couple whose divorce ended in a double-homicide. The series will tell the story of how the relationship of a seemingly perfect couple who were married for 16 years and shared four children ended in tragedy.

The story begins in the early days of the relationship – which began in the 1960s – and will include their 1969 wedding, their highly-publicized divorce in 1986, and the circumstances surrounding the 1989 murder of Dan Broderick and his second wife, Linda, which Betty Broderick committed.

“I wanted a husband and a family; Dan needed a wife that could wait on him,” Peet as Betty says in the Season 2 trailer. “I would’ve been treated better if I’d been a dog and served my master. I’m amazed it only took one bullet to kill Dan Broderick.”

Later in the trailer, Betty says that after being married for 16 years her husband turned 40 and walked out with a 19-year-old and a sports car. She adds that Dan had her committed to a psych ward.

According to People magazine, the real Betty Broderick was 41 when she shot her ex-husband and his new wife. She never denied that she murdered the couple, but she claimed in her defense that the murders were the result of years of physical and psychological abuse that she says she suffered from Dan.

It's a tale of a perfect marriage turning cold. @People has your exclusive look at #DirtyJohn: The #Betty Broderick Story coming soon to @USA_Network. https://t.co/uxvpF4LoLy

Betty Broderick was convicted of two counts of second-degree murder and received a sentence of 32 years to life in prison. She is currently serving her sentence at the California Institution for Women in Chino, California.

In 2010, her request for parole was denied because she didn’t acknowledge any wrongdoing and failed to show remorse. She was denied again in 2011 and 2017, and won’t be eligible for parole again until 2032.

Dirty John: The Betty Broderick Story will premiere this summer on the USA Network. The first season – which focused on the relationship of Debra Newell and John Meehan (played by Connie Britton and Eric Bana) is available for streaming on Netflix.