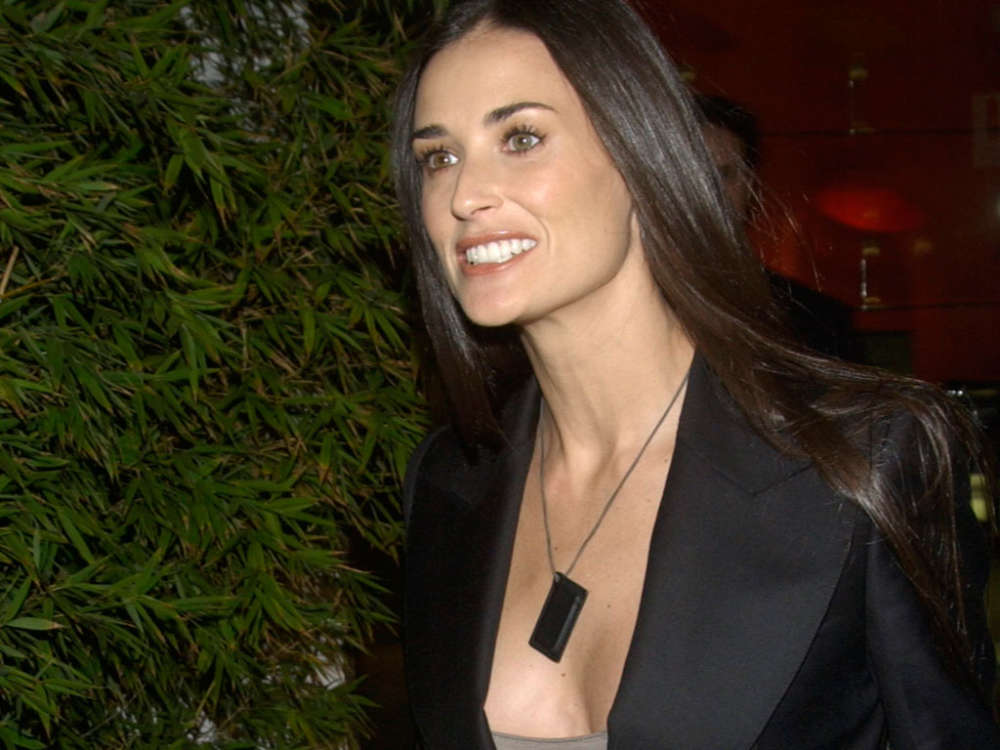 According to a report from Us Magazine, Demi Moore stated in her memoir that she and Ashton would often bring multiple women into their marriage for threesomes, and that was part of the reason for their eventual divorce.

Obtained by Radar Online, the 56-year-old GI Jane star claimed that her ex-husband, Ashton Kutcher, 41, wanted to have threesomes with her. They were married for eight years before finally separating. Demi claims she wanted to show Ashton how much fun she could be, however, it ended up being an error of judgment.

Later on, during the filming of the 2010 movie, Another Happy Day, Moore saw reports in the media which claimed Ashton had been cheating on her with a 22-year-old pilates instructor named Sara Leal. In an interview with Us Magazine in 2011, Leal revealed she had slept with Ashton.

Demi wrote in her book that she felt “sick” to her stomach, moreover, she knew the woman wasn’t lying. When she finally probed Ashton on his infidelity, Ashton pushed the blame on the threesomes and her decision to go along with it.

The Ghost star claims that because they brought other people into the relationship, it blurred the lines of what was appropriate and inappropriate in their romance. As it was previously reported, Demi’s memoir explained what it was like to start dating Ashton in 2003.

Moore likened the experience to re-doing some of her past relationships. She said it was like getting her chance to relive her youth. Furthermore, the actress admitted she became pregnant just a few months into dating, and she planned to give the child the name Chaplin Ray.

However, after six months, she suffered a miscarriage and previously had been undergoing fertility treatments in 2005, but they never worked. As it was previously reported, Demi Moore and Ashton Kutcher split up in 2011 and got divorced officially just two years later.

Before she was dating the That 70’s Show alum, Moore was married to the musician, Eddy Moore, from 1980 until 1985. Moreover, she was also married to Bruce Willis in 1987 and they had three daughters together, including Rumer, Scout, and Tallulah, who are 31, 28, and 25, respectively.

These days, Kutcher is now married to his co-star on the set of That 70s Show, Mila Kunis, whom she married in 2015. Mila and Ashton have two children together, Dimitri, 2, and Wyatt, 4.