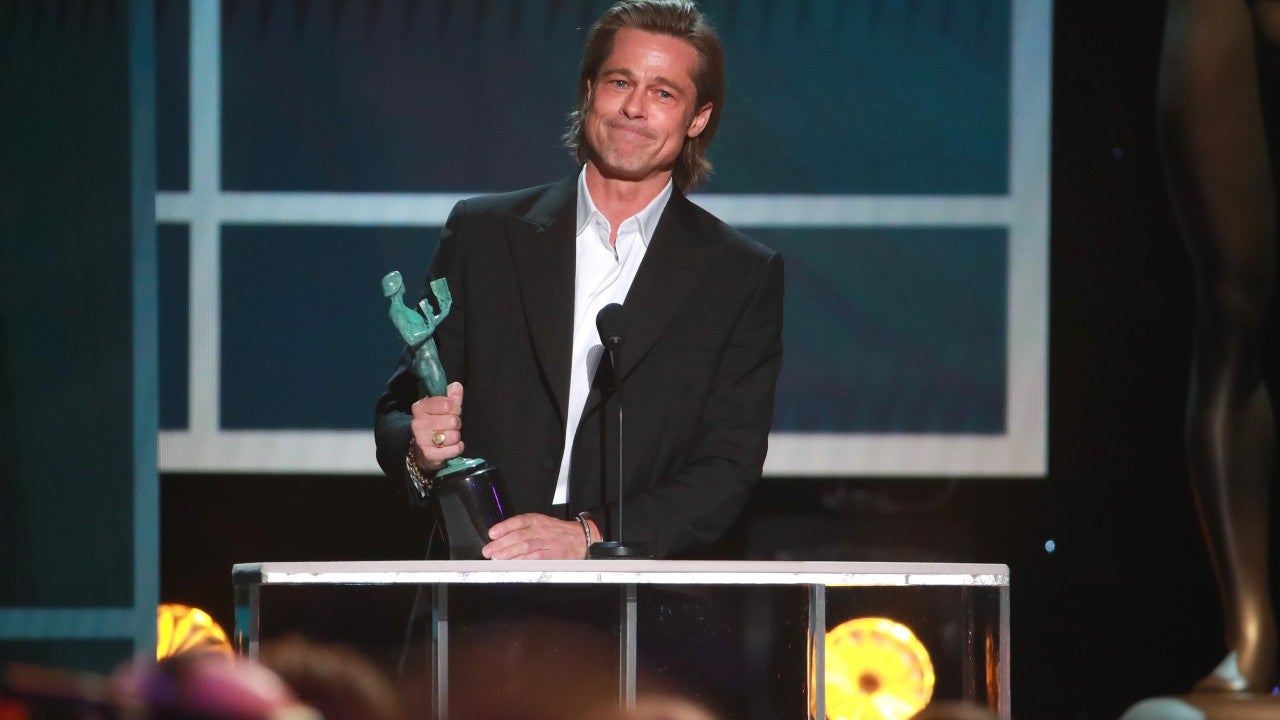 Brad Pitt went home with the award for Outstanding Performance by a Male Actor in Supporting Role in Motion Picture at the Screen Actors Guild Awards for his role in Once Upon a Time in Hollywood yesterday! While this was not very unexpected at all, his acceptance speech definitely took some people by surprise with just how funny it was!

The actor hilariously roasted himself but also Once Upon a Time in Hollywood director Quentin Tarantino!

The latter was for his, perhaps too many feet shots of the main female characters in his movies!

The delivery was super funny but also sincere and heartwarming and it ended up being one of the evening’s highlights!

Brad started by joking about his dating life or rather lack thereof as he said he’d add this new achievement to his Tinder profile!

He went on to say just how much it meant to him and to say his thanks: ‘I want you to know, that I watch everything. I watch you all, and the work’s been mesmerizing, so thank you. I want to thank all my co-stars: Leo [DiCaprio], Margot Robbie, Margot Robbie’s feet. Margaret Qualley’s feet [and] Dakota Fanning’s feet. Seriously, Quentin’s separated more women from their shoes than the TSA has.’

‘We all know that what we do is a team sport, and we elevate each other and I really got to work with amazing, amazing people. Mr. Pacino, Mr. Dern, Kurt Russell, Leo, Dakota, Tim, Miss Butters, a bunch of the new generation, Margaret Qualley, Austin Butler, anyway, you all elevated my game. I hope I did the same for you.’

Brad also joked about his role’s difficulty, saying that the character was just a ‘guy who gets high, who takes his shirt off and does not get on with his wife.’ Challenging!

The speech continued for a while, the actor talking about the actor community and how much it all means to him and so much more!

Make sure to check the whole thing out if you haven’t yet!