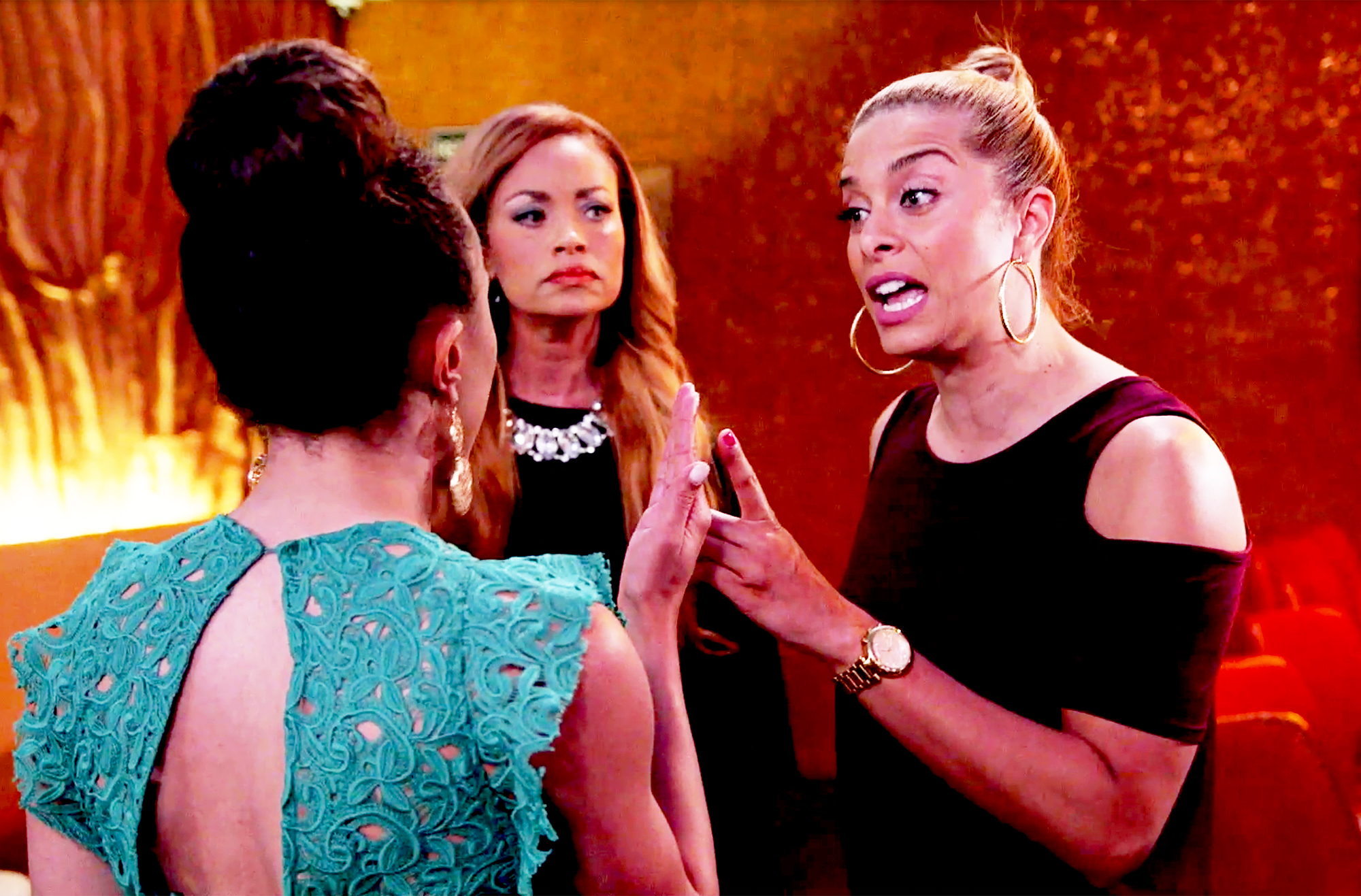 Tonight’s episode of Real Housewives of Potomac was an explosive one that picked up where last week’s left off. The confrontation Ashley Darby had with the ladies left her questioning her friendship with Robyn Dixon specifically.

In case you aren’t caught up, Candiace Dillard got into a heated argument with Ashley who brought up the fact that she and her husband are living in a house her mother helps pay the mortgage on.

During the disagreement, Candiace attacked Ashley’s marriage after she spoke to Robyn about hearing Michael Darby say that he wanted to ‘suck someone’s sausage’ at a party weeks before. Additionally, it is believed that Michael was speaking about one of the ladies’ husbands.

After vehemently denying that the statement was ever made, Ashley felt that if Robyn was her real friend, she wouldn’t even entertain the false allegations surrounding her husband. The soon-to-be mom confronted Robyn after performing at a gay pride event where the RHOP star stuck by her statement of what she heard.

Last week, while speaking to the Daily Dish, Robyn explained: ‘When Candiace explained that she heard exactly what I heard, it all started to make sense! Michael’s comment was honestly one of the wildest things that I’ve heard out of a married man’s mouth and I can totally understand how any person would be confused about what’s going on behind closed doors in that household. I’m definitely not saying that the way that Candiace was communicating her confusion was correct, but I can totally understand how everything in the Darby relationship instantly became perplexing.’

This is not the first or second time Michael has been called out for his inappropriate behavior. He grabbed Katie Rost’s ex-boyfriend’s butt while dancing and was once exposed for sending nude photos to a man in another country.

In a preview for next week, it seems that the show will tackle the infamous incident where someone on the camera crew accused Michael of groping him. The incident even landed the realtor behind bars.