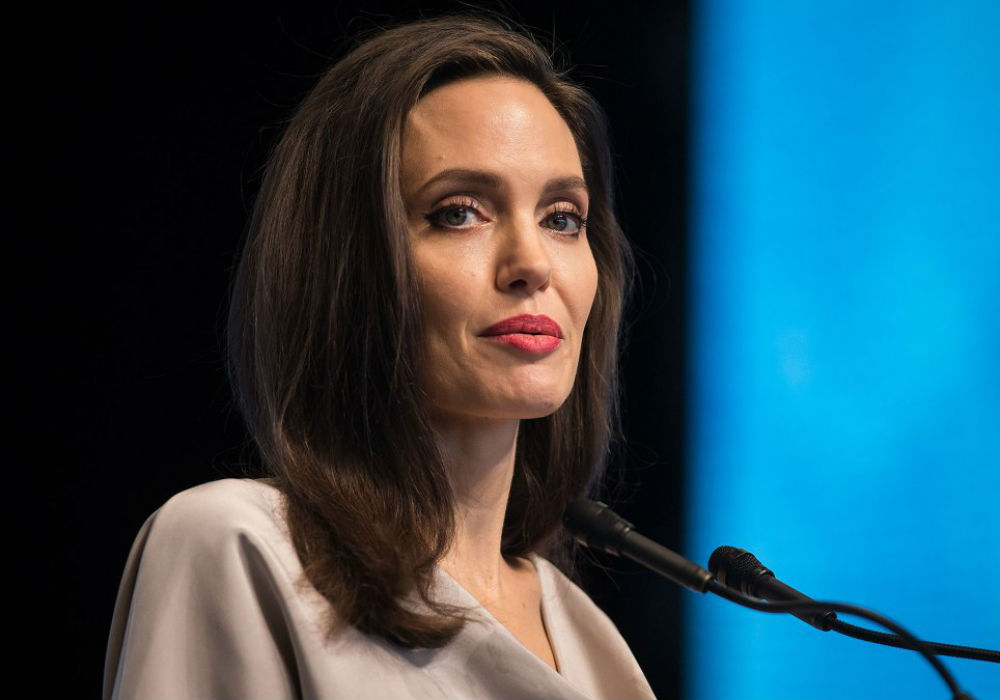 Angelina Jolie is tired of how the media has demonized her throughout her two-year-long divorce battle with Brad Pitt, and she is ready to tell her side of the story. According to a new report, Jolie is planning to give a tell-all TV interview, so she can get a few things off her chest.

Insiders say that Pitt is “shaking in his boots” at the thought of Jolie airing their dirty laundry.

“Part of their settlement includes a clause that prevents them from directly trashing each other,” revealed a source, “but Angie’s smart enough to find a way around that.”

The Oscar-winning actress plans to be a bit sneaky when she sets things straight. The insider says that Jolie and Pitt “hate each other still with a passion,” and she wants to set things straight, even if she has to do it subtly.

“When she goes on TV she’s likely to promote charities that support women after abusive relationships, single moms dealing with deadbeat dads — that type of stuff that’ll be indirectly aimed at Brad,” the source told Radar Online.

No matter what happens, Pitt is choosing to stay positive during his intense divorce and custody battle. The Fight Club star has been coping with his struggles during the past couple of years in a healthy and happy way, and he is avoiding alcohol.

The 55-year-old actor actually credits Jolie for allowing him to see how strong he really is.

“Brad has been able to maintain his sobriety despite the enormous amount of stress and legal pressure put upon him by Angelina during their ongoing divorce war,” says an insider.

The source added that during the most challenging time in Pitt’s life, he is proud of the fact that he has maintained his sobriety and is in good health. He has persevered through the tough days with a lot of hard work and determination.

The actor told GQ back in May 2017 that he couldn’t remember a day since he got out of college when he wasn’t drinking or “had a spliff.” And he realized that a lot of those things are “pacifiers,” and they help you run from feelings.

Pitt says he gave up everything except alcohol when he married Jolie. But, when they split, he was done and replaced his wine and vodka with cranberry juice and fizzy water.

It would have been easy for Pitt to deal with the divorce by having a drink. But he promised himself and his kids that he would be a better, more sober father.

“Brad has worked very hard to be nice, kind, patient and understanding with Angelina throughout this divorce process, and he wishes she could cut him some slack and do the same. In a weird way, he feels grateful to Angelina and like his sobriety might be the best thing to come from his divorce,” says an insider.

Angelina Jolie has not confirmed or denied the rumors she is ready to talk. 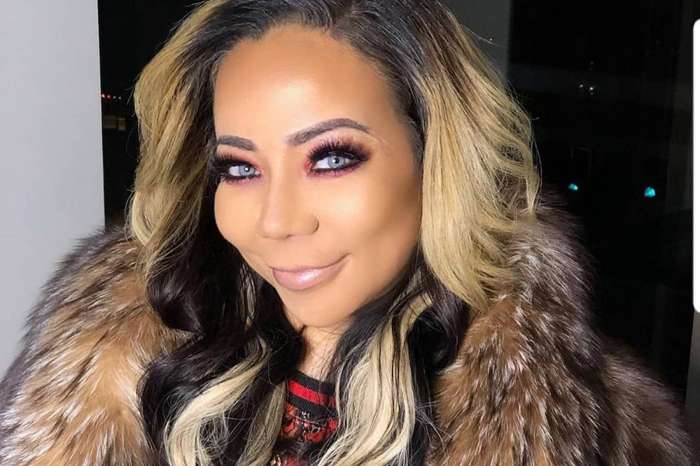 Tiny Harris Looks Like A Trap Queen In Video Supporting T.I. And She Got Slammed For Doing This

Isn’t that what she has done repeatedly? TELL HER SIDE OF THE “STORY” from day one? She is the queen of smear. She is hateful in her behavior, it is shameful.

I used to admire her and stick up for her against all of her haters! She should lose ALL custody of those children and only be allowed to see them under supervised visitation! She is a vindictive that will use WHO and whatever she can to get what SHE wants. Sad, not all of us use our children for our own gain…Just remember Angelina… what goes around…

What would happen if these glory hordes could keep their mouth shut?

Public figures who wait until 5: o’clock on a Friday to publicly anounce a divorce sighting abuse and “health of the family” is attempting to defame the other person. Ms Jolie has repeatedly made efforts publically to separate the “family” and degrade her former spouse at the same cpense of the children. While there are always two sides no matter how flat the pancake, publically is not acceptable