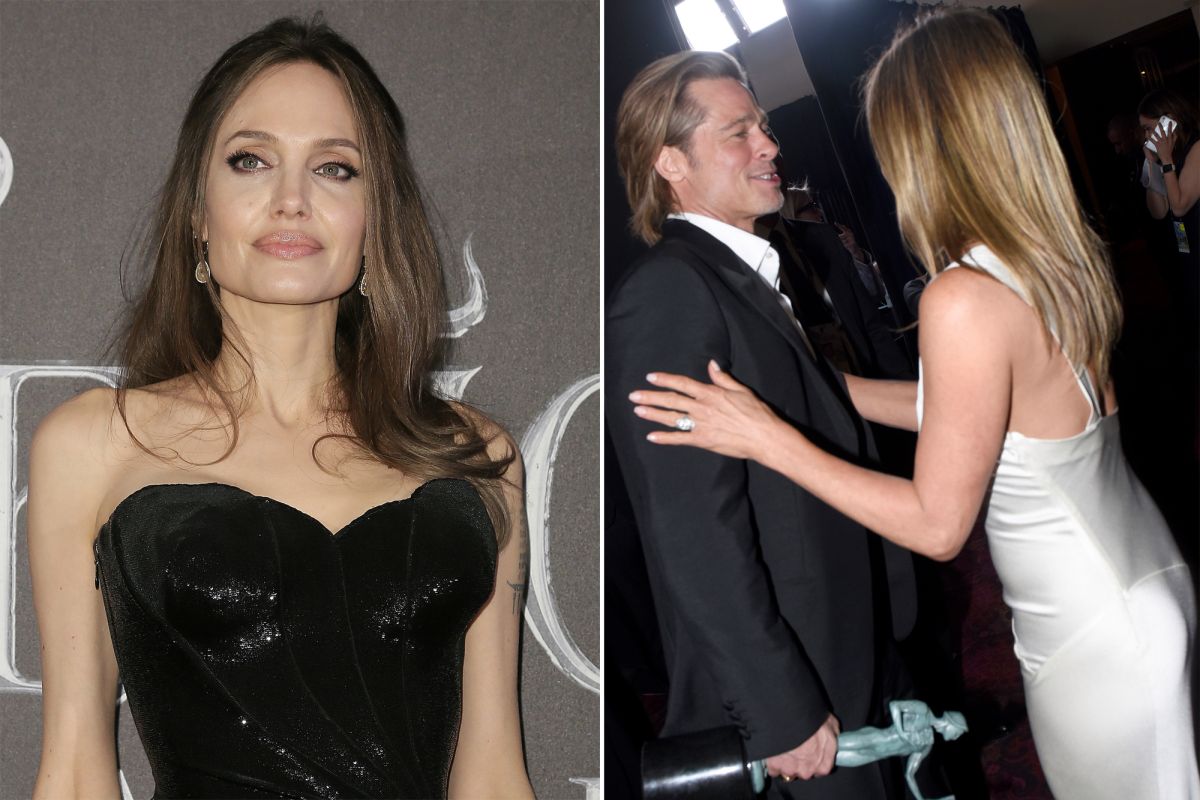 Brad Pitt had a really sweet reunion with Jennifer Aniston at the SAG Awards and while pretty much everyone swooned over it, fans are also wondering how his other famous ex, Angelina Jolie, felt about it. That being said, one insider report claims to know whether or not she was bothered by the interaction at the event.

As it turns out, while everyone else in the world is seemingly freaking out over Brad and Jen’s cute hangout at the SAG Awards, Jolie is not on that list!

One source tells HollywoodLife that Angie is aware of the hand holding and the smiles they shared during their backstage chat but she’s not letting it affect her in any way.

‘Angelina doesn’t care about Jen and Brad’s reunion at the SAGs. She already knew that they were friends and isn’t going to let it eat at her,’ the insider dished.

As fans remember, Angelina and Brad have been separated since 2016 but their divorce is yet to be finalized!

Regardless, under California law, the two actors are considered single legally.

So when Jolie learned about the notable interaction between the father of her children and his other former wife, she did not feel anything similar to betrayal.

As for Jennifer and Brad, the two have started to spend time together again since December of 2019 when the man was even invited to her annual Christmas party!

Regardless, he tried to keep a low profile at the time which means that their sweet reunion at the SAG Awards was the very first time they were caught on camera together since their split in 2005!

With that being said, it’s no wonder everyone lost their minds over the pics!

As for Angelina, she would like to be kept out of this whole thing.

‘This has gone on long enough. She’s moving on. She’s not going to let it sting. She doesn’t look for drama and is focused on her kids and her work. The rest of it is just noise,’ the source also mentioned.