Nikki Bella and Artem Chigvintsev are obviously going strong and they wanted to show off their romance while at the Teen Choice Awards yesterday. The couple used the event as a date night and packed the PDA much to the excitement of their shippers.

While walking the red carpet at the Teen Choice Awards on Sunday, Nikki and Artem looked very in love and they could not even keep their hands off of one another!

That being said, they even locked lips in front of the flashing cameras.

Furthermore, during the photo-ops they got even cuter as Nikki held onto her man and pretended to high kick her sister Brie! 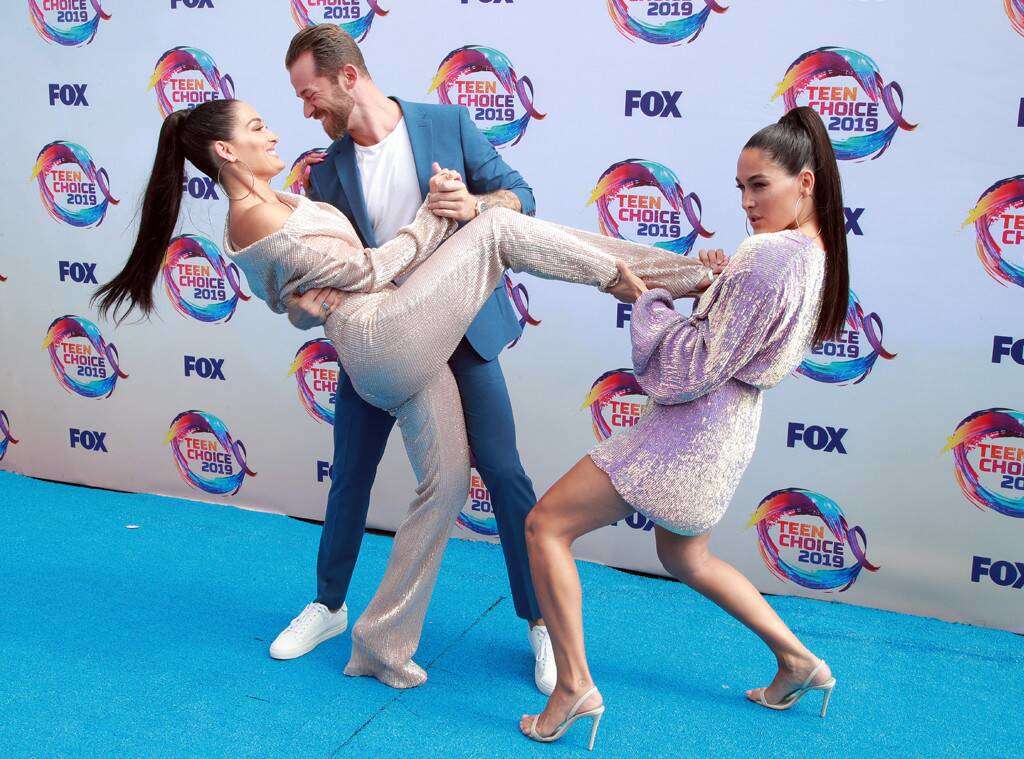 It definitely looked like the three of them were having the time of their lives.

As for the red carpet fashion, Nikki looked stunning in a beige lamé ensemble.

The WWE star went for an asymmetrical top and bell bottom pants.

She even showed off the ‘70s inspired outfit in a post on her IG account and captioned it: ‘Walking in without a surfboard and hoping to leave with another.’

Meanwhile, her dancer boyfriend looked dapper in a blue suit and white T-shirt.

Their new public appearance comes exactly a month after they made their relationship red carpet official.

At the time, they attended the Nickelodeon Kids' Choice Sports Awards and it was the first time they really made it obvious they were together after months of speculations.

They had been dating for about seven months actually but that was when Nikki made it official by putting a label on what they had together.

They both appeared on The Bellas Podcast in July and she said: ‘The main reason why we did this dance is...I guess to...tell everyone like. I guess that we're like, we're boyfriend and girlfriend.’

Nikki And Brie Bella Show Off Their New Identical Haircuts!