Zonnique Pullins Has A New Boyfriend — Will T.I. And Tiny Harris Approve Of Bandhunta Izzy?

A rapper, Bandhunta Izzy, has captured Zonnique Pullins’s heart, according to the West Baltimore MC himself.

Will Zonnique ever talk about her new boyfriend like Reginae Carter has been doing with YFN Lucci?

Bandhunta Izzy, who is famous for the hit song, “In Love Wit da Trap,” recently shared a cute video where he is playing golf with Zonnique.

The daughter of Tiny Harris and baby girl of T.I. looked happy in the brief clip as she took a swing.

It is not known how long the pair has been dating and the world might never get such information because Zonnique keeps her private life, well, private.

Bandhunta Izzy, who often spits rhymes with his brother Bandhunta Jugg, is seen as a rising star in the hip-hop community with his Code Blue album.

Talking to Vice, he said the following about his passion for music by saying: “Me and my brother Jugg been rapping since we were young. A lot of older niggas around us rapped. So we did it ourselves and realized as we got older that we actually knew how to do it. We weren’t introduced to no rap. My father wasn’t with that. He was trying to lead us down the right way, so he didn’t want us listening. So, once we did get introduced to it, it’s something we gravitated towards. Like being rebellious.”

He said this about his new project: “I’m starting to open up more about personal life and shit I been through because, like I said, I was strictly rapping about certain things. I’m starting to allow people to get to know me as a person. Going to different places opened my mind up. I can say more. A lot of people can’t say they been to Miami or LA or New York, Atlanta. So I’m rapping about the shit that went on when I was in these places. It’s more to rap about. More life experience.”

To much fake shit goin on in dis world, i stay above da bs doe, ya kno… how real niggas do ??‍♂️

Tiny has confirmed that Zonnique is working on a new album and oddly enough she has been rhyming like Nicki Minaj on her new tracks.

Maybe Bandhunta Izzy might do a record with Nique. 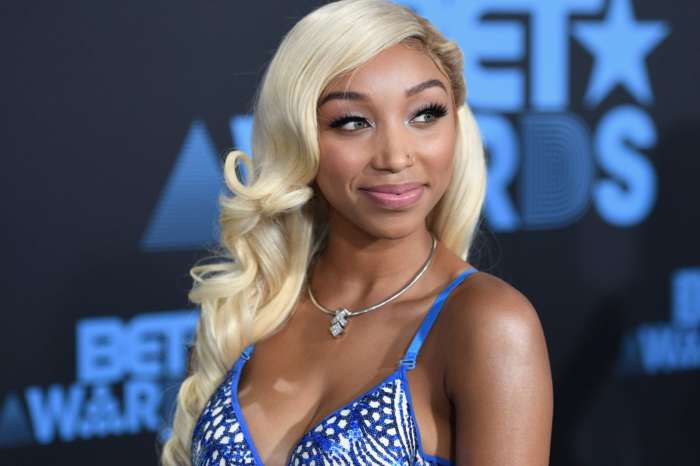