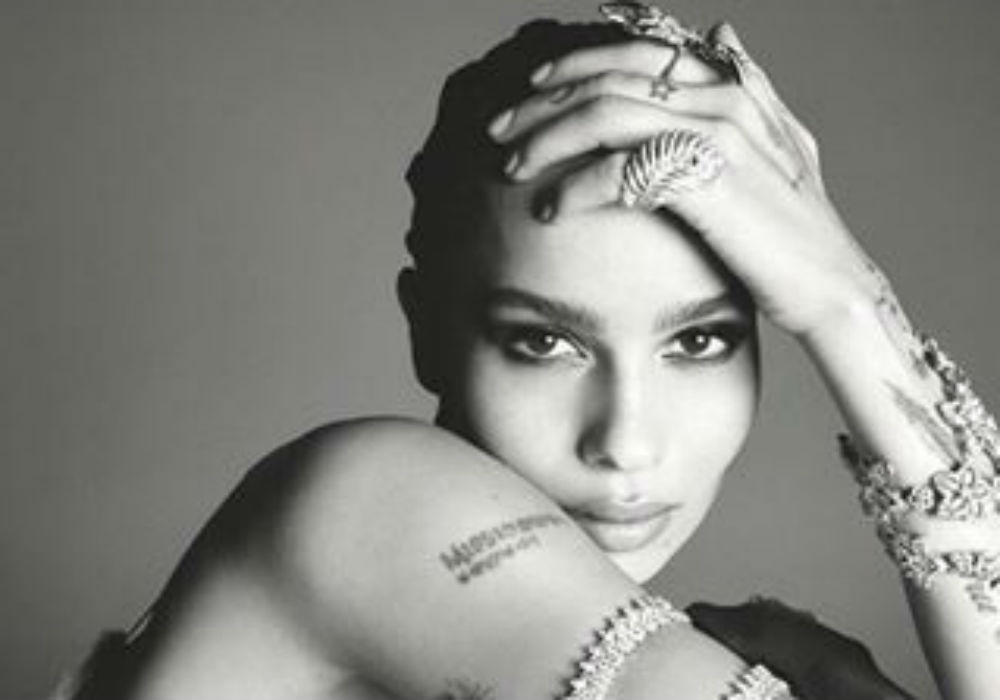 Six months after tying the knot, Zoe Kravitz has finally shared some amazing photos from her romantic wedding to Karl Glusman that featured an A-list guest list. On New Year’s Eve, the 31-year-old bride posted numerous never-before-seen pics from her June 29th wedding in Paris.

The first picture Kravitz shared was a black-and-white image of the actress lounging in a chair and checking her phone while her Alexander Wang wedding gown was hanging behind her. Kravitz used the image to wish happy birthday to the designer, who responded with: “Whaaaaaaaaaaa??? I love you ! 🖤”

Kravitz – who is the daughter of rock legend Lenny Kravitz and Cosby Show alum Lisa Bonet – shared two more posts that featured numerous black-and-white pics of the bride and groom, the guests, the romantic ceremony, and the joyous reception.

Of course, Kravitz’s Big Little Lies co-stars were in attendance, and she also shared a pic of herself with her co-stars Reese Witherspoon, Nicole Kidman, Laura Dern, and Shailene Woodley. Other celebrities in attendance included Alicia Keys, Ashley Benson, and Cara Delevingne.

According to Us Weekly, Kravitz and Glusman were legally married in a private ceremony in May. The traditional summer wedding at Lenny Kravitz’s home in Paris was something they wanted to do for family and friends. Lenny Kravitz and Lisa Bonet were there to support their daughter, along with Bonet’s husband Jason Momoa, and her half-siblings Lola, 12, and Nakoa-Wolf, 11.

Kravitz told Rolling Stone in November 2018 that she was engaged to Glusman, but she also explained how she prefers to keep the details of her relationship private. She did share that Glusman “nailed” the proposal, explaining that he didn’t have an elaborate plan in Paris. Instead, Kravitz says Glusman proposed “at home, in sweatpants.”

Zoe Kravitz and Karl Glusman reportedly met through mutual friends while they were in a bar back in 2016. The couple started dating not long after, and then they got engaged in October 2018.