Younes Bendjima sure knows how to treat a woman! Kourtney Kardashian is blown away by how he has been treating her in comparison with her ex, Scott Disick.

The notorious party boy, Scott Disick, is the last thing on Kourtney ‘s mind right now because the reality star only has eyes for her new younger man, Younes Bendjima.

According to a source, Kourtney just loves how hot he is, and she keeps pinching herself to make sure that she is really dating such a gorgeous and caring man.

Now that Kourtney got to have a taste of such thing, she may finally understand how much she is worth.

“After years with Scott, it’s such a refreshing change to be treated so fine by Younes,” the insider admitted about the couple.

“Younes is always complimenting Kourtney; telling her how beautiful, funny and smart she is. He even tells her how lucky he is to be dating her,” according to the same source.

Regarding Kourtney’s reaction to her man’s great affection? — “She’s blown away that a guy who looks like Younes could be so great, loving, and humble too!”

Kourtney and Younes started their love story back in October 2016. They have remained close and spent her 38 birthday together on April 20 this year.

The two of them were also inseparable at the Cannes Film Festival in the mid-May. Both of them showed off major PDA around France!

While Kourtney was spending time with her younger lover in the South of France, Scott made sure to have his fun as well.

He was spotted getting pretty cozy with six different women in Cannes. You may already know some of them: young Bella Thorne, his former flames Chloe Bartoli and Ella Ross, and Justin Bieber’s exes, as well, Sofia Richie and Chantelle Jeffries.

To make things much worse, Scott’s actions put him in the doghouse regarding Kourtney.

“She was really concerned about Scott’s behavior in Cannes. And, as a result, she doesn’t want him around the kids right now as she doesn’t trust that he’s sober,” the insider stated. Scott’s playboy actions seem to finally get punished, and the whole Kardashian family is disappointed. 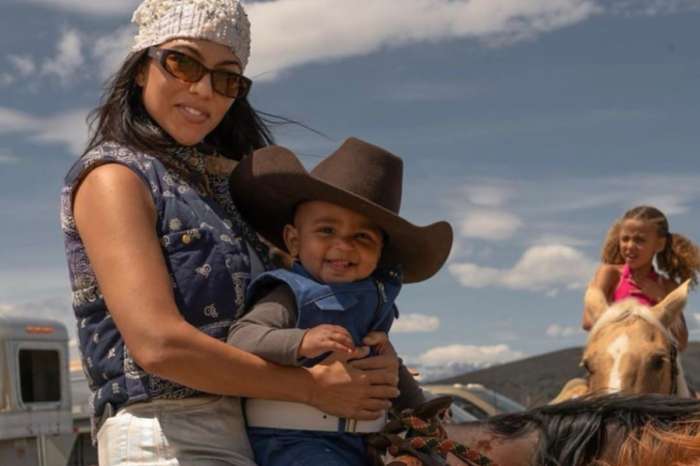