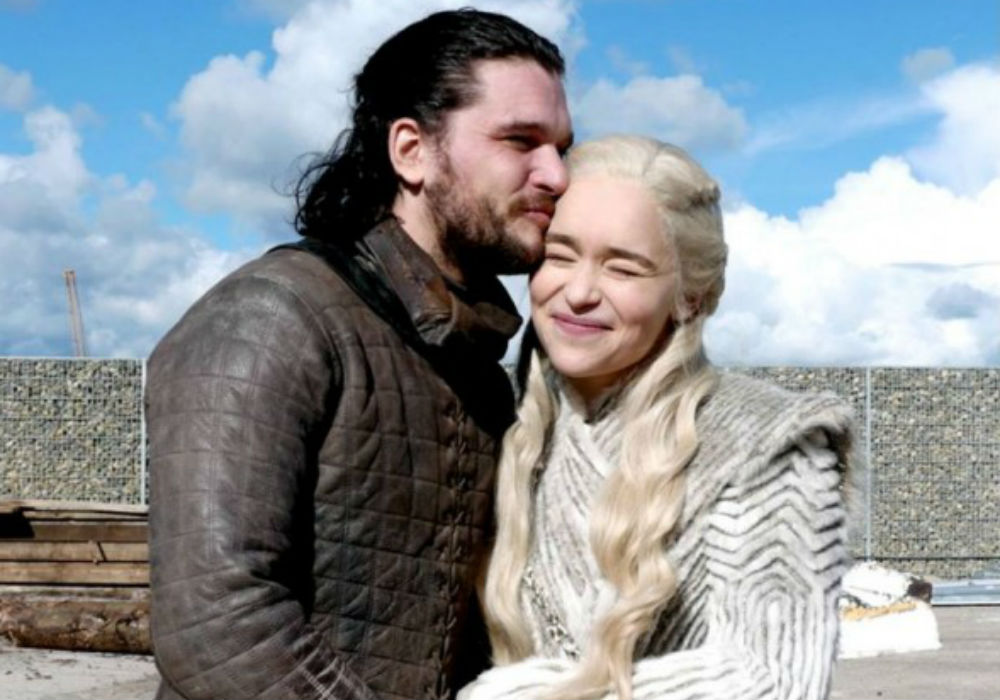 When Game of Thrones star Kit Harington (Jon Snow) had to shoot love scenes with his co-star Emilia Clarke (Daenerys Targaryen), his powerful, gritty character was all about it. But, for Harington, in real life his approach to filming such intimate scenes was more on the goofy side.

Clarke recently revealed in an interview that Harington’s reaction to filming love scenes with her didn’t make the process easy.

So EW is out and would you look at that:

One more time for the haters in the back:

Jonerys is IT. Thanks for coming to my TED talk. #GameOfThrones pic.twitter.com/KwnEH8Uj8D

“The first scene we had together,” Clarke explained, “we both just started laughing. Why are you looking at me this strange way and saying these strange lines? You’re my friend!”

Of course, it can be an odd experience to shoot a love scene with a friend. But, when it was time for Harington and Clarke to pretend to get it on, Harington took things a step further and started to fake vomit everywhere.

“Oh my god, mate,” Clarke remembers reacting. “You’re not making this any easier!”

Filming Game of Thrones for eight seasons has been an unforgettable experience for the cast and crew, but for Harrington, it hasn’t always been easy. During a recent interview with Variety, Harington revealed that during the hiatus between Season 5 and 6 – where it was thought that Jon Snow could be dead – he had to go to therapy to cope with the scrutiny from the media and passionate fans.

“It wasn’t a very good time in my life,” said Harington. “I felt I had to feel that I was the most fortunate person in the world, when actually, I felt very vulnerable.”

Harington admits that many people in their 20s go through a shaky time in their lives, and during his dark period, he felt unsafe and stopped talking to people. He says he had to feel grateful for what he had, but he was concerned about whether or not he could even act, which for him was “terrifying.”

The 32-year-old actor says people were shouting at him on the street, asking if Jon Snow was alive. And, he had to keep up appearances despite his heightened neuroses.

Wait….. did I NOT tell you guys?! Um yeah. Now if he'd only bend the bloody knee there'll be no problems….. 🔥💃❄️🕺 #modragonsmoproblems #igot99problemsandjonsnowisone #whichroundsmeupto100problems #youknownothingjonsnow

Now that the show is coming to an end, after all of the stress of the last eight years, Harington says he had a “huge heave of emotion” when he shot his final scene. He even broke down into tears at the final table read.

Harington says that at the end of Jon’s long journey, he is satisfied with how the story ends.

The eighth and final season of Game of Thrones premieres Sunday, April 14th on HBO. 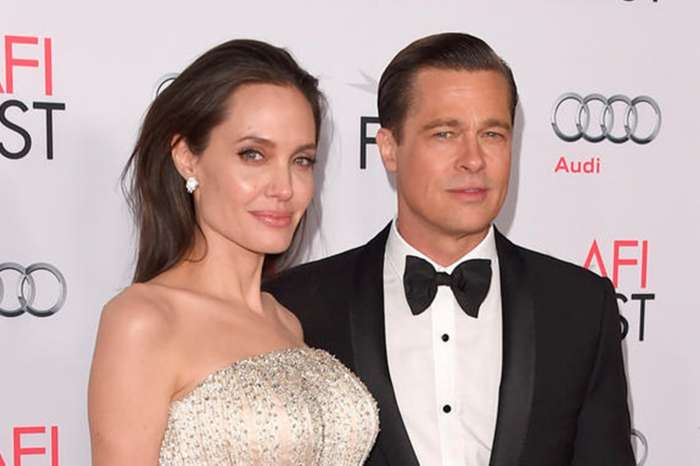 Angelina Jolie Is Getting On Brad Pitt's Last Nerve -- 'Fight Club' Actor Is Not Satisfy With The Way She Is Raising The Children; Here Is Why