Will Gary Oldman Win An Oscar For His Portrayal Of Winston Churchill?

Gary Oldman has done many iconic films over the years including the Batman trilogy with Christopher Nolan; his portrayal of Sid Vicious in Sid & Nancy, and now Winston Churchill in the new movie, “Darkest Hour.”

In the past, Gary has taken on characters including evil villains like in The Fifth Element starring Bruce Willis and Milla Jovovich, as well as the vampire in Bram Stoker’s Dracula.

However, one of his most daunting tasks yet is the characterization of the infamous World War II leader, Winston Churchill.

In the Darkest Hour, Gary struggled through a “full-throated metamorphosis” which has made the Batman alum in talks to win Best Actor at the Academy Awards for next year.

When speaking about the film, Gary said it’s “about oratory and how words can galvanize the people, move them, and rally them.”

While discussing the importance of language and the manner in which we communicate, Oldman stated the way we converse in the modern age is entirely different to the manner in the past. Oldman pointed to the emergence of the “emoji,” stating, “If Churchill saw an emoji, I think he’d turn in his bloody grave.”

The film represents just 28 days of Churchill’s time as the leader of the United Kingdom. During said time, Germany invades France and Winston has just come upon the executive branch of the European power.

Gary said, “It was purposefully crafted to place Churchill in his time, not ours. What we do now, too often, there’s a lot of revisionist history.”

Furthermore, Oldman stated that North Americans as a society tend to look at the past through the lens of the 21st century. In the past, Gary had to apologize for saying that “Jews ran Hollywood.”

He made the controversial comment in response to the Mel Gibson tirade where the actor made anti-Semitic remarks when pulled over by the police.

Oldman commented on the media fiasco while emphasizing the hypocrisy of the easily outraged individuals who use racial slurs in private but never in public. Despite Oldman’s diversity and strength as an actor, he still hasn’t won an Academy Award. Will 2018 be Gary’s big year? 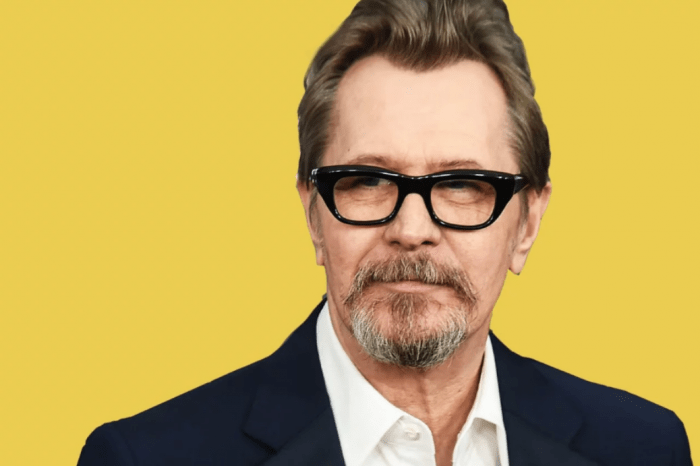