Who Bit Beyoncé? Tyler Perry Claims He Has The Answer After Tiffany Haddish’s GQ Interview

Who bit Beyoncé? That is the question on everybody’s lips, (pun intended), and one man claims to have the answer, and he is Tyler Perry.

If you have not been following the latest craze on the Internet, here is a brief recap.

Tiffany Haddish told a wild tale about hearing the story of an unnamed actress who tried to flirt with JAY-Z and later got so close to Beyoncé that she bit her.

The biting incident took place several months ago, so if there were bite marks on Beyoncé’s face, they have healed by now.

Haddish, who loves to spill other people’s secrets, declined to give the name of the star because Beyoncé told her to let the story go.

The Girls Trip star also explained that she wanted to fight with the actress, but Beyoncé prevented it because the woman is a drug addict.

She told GQ: “There was this actress there that’s just, like, doing the mostest. She bit Beyoncé in the face. So Beyoncé stormed away, went up to Jay-Z, and was like, ‘Jay! Come here! This b*tch–’ and snatched him. They went to the back of the room. I was like, ‘What just happened?’ And Beyoncé‘s friend walked up and was like, ‘Can you believe this b*tch just bit Beyoncé?’”

Fans went insane trying to figure who the bitter is. Beyoncé’s supporters attacked a long list of actresses for daring to bite their Queen Bey.

Sanaa Lathan and Sara Foster were forced to deny they were the culprits in the story. However, TMZ states that Lathan is the biter despite her denial.

Taraji P. Henson was also dragged into the messy situation, but luckily Haddish ruled her out.

Haddish also defended her bad habit of talking too much by saying: “Y’all forgot I am in the hive too and know this I will always speak my truth. That’s not going to stop. Queen Bey kept me from doing something half of you Bees would have done no matter what she said. To me, she is a Shero and a Great person, and I have learned so much from her in a brief amount of time. So no matter what she has a Unicorn that has her back.”

Believe it or not, Jennifer Lawrence and Scarlett Johansson‘s names were mentioned in the crazy and silly “Who Bit Beyonce?” investigation. Lena Dunham also stepped out to clear her name.

He wrote on social media: “It’s happening,” Ryan captioned the pic. “Who should play Beyonce?” 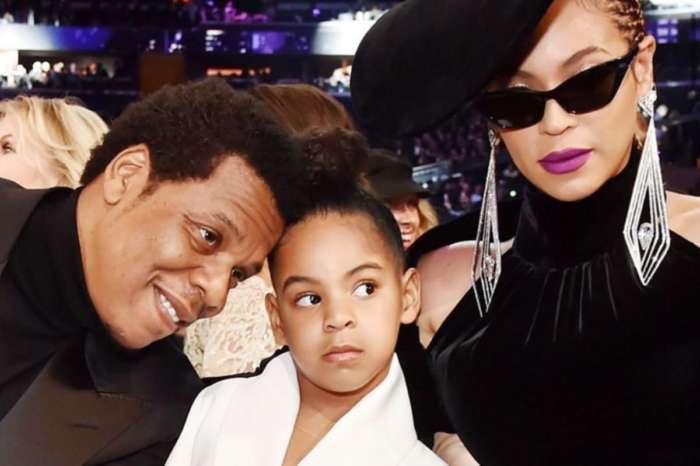