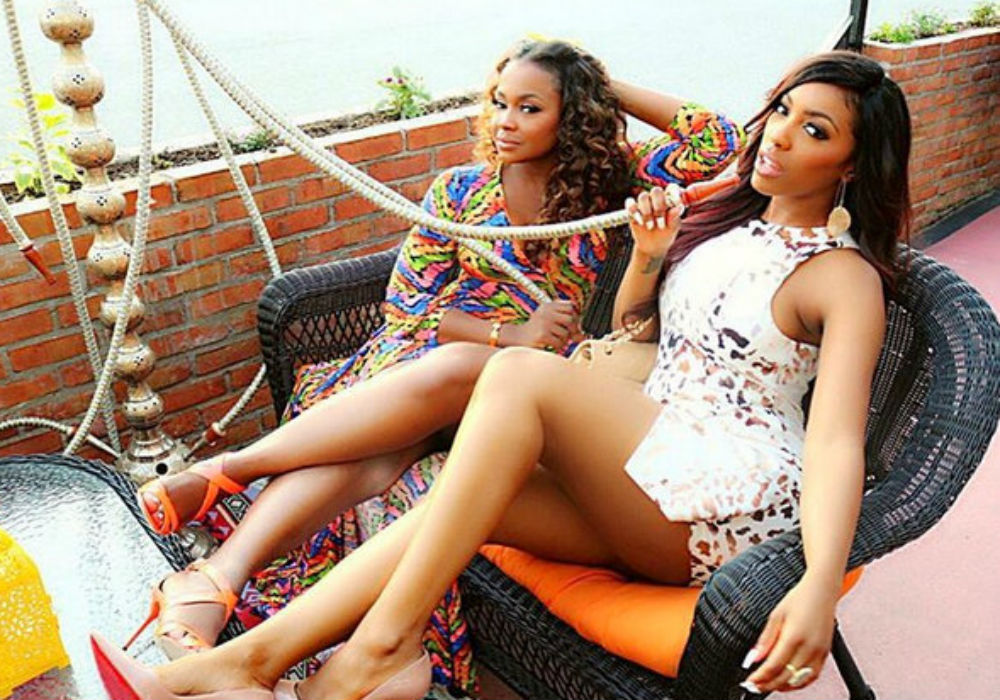 Phaedra Parks’ love life has long been a hot topic on the Real Housewives of Atlanta. Now that her ex-husband, Apollo Nida, is no longer a part of the drama, her RHOA co-stars have plenty of opinions about her new man, Tone Kapone.

The boyfriend talk kicked into high gear after Parks shared a video of Kapone on social media. Nene Leakes and Eva Marcille immediately liked the clip and showed plenty of support for their fellow RHOA co-star in the comments section.

Although Parks and Porsha Williams recently had a falling out, Williams also had nothing but good things to say about Parks’ new man.

“This is too cute!” Williams shared. “He’s such a great guy.”

According to Bravo TV, there is a strong chance that Williams knows Kapone from work. Kapone is a DJ by trade and has contributed to Williams’ show, DISH Nation, on more than one occasion.

In the video, Kapone revealed that he met Parks through mutual friends (whom he did not identify) and decided to take a chance. While he was nervous texting the RHOA star at first, they immediately clicked and would often talk for hours on end.

Kapone is currently based out of Chicago, which means his romance with Parks is long distance. Fortunately, the two frequently fly back-and-forth between Chicago and Atlanta whenever they want to spend time together. So far, the setup is working just fine.

“She’s funny as ever. Like, just one of the funniest women I’ve ever met,” Kapone said about Parks. “She’s super cool.”

Parks announced her new romance at the beginning of January. Kapone confirmed the news on his Instagram account a day later. The RHOA star was previously married to Nida for nine years and shares two children with him.

While Parks’ romance is clearly going strong, it is good to see that her friendship with Porsha Williams is on the mend as well. The news comes a month after Phaedra Parks reunited with several of her RHOA co-stars, including Cynthia Bailey and Marlo Hampton, during Leakes’ birthday bash.