Wendy Williams is back! The TV personality managed to kick off season 10 of her talk show by slamming Cardi B and Nicki Minaj’s physical fight at NYFW as ‘disgusting behavior.’

The host assumed that even Remy Ma and Lil Kim must be laughing at them.

‘Who are you both women? I’m embarrassed for both of you women,’ Wendy dissed the two female emcees in today’s episode.

She went on to tell her audience why exactly she believes neither one of them won following the altercation.

‘They walked in and looked great… Cardi ends up leaving with no earrings, only one shoe on, and with her meat slumped… Just a big mess! Afterward, Cardi posted a rant saying that Nicki insulted her parenting — Who cares! Kids used to be off-limits, but in this day and age when the whole world’s imploding, even they are not off limits. People criticize parenting skills all the time! You know what kind of parent you are.’

And that was not all! Williams brought into discussion other two rappers that Nicki feuded with before.

‘Lil Kim is in the studio right now saying, ‘Yup, I’m about to go back in.’ She’s laughing; Remy Ma, laughing; Disgusting behavior,’ she said. Yikes!

As you may be aware, Cardi B and Nicki Minaj got into a verbal and then physical altercation at New York Fashion Week on September 7.

Apparently, before Christina Aguilera’s performance, guests started hearing screaming from another floor at the venue.

While there are many different reports on how it all went down, what we do know because there is footage, is that Cardi threw one of her stiletto shoes at her nemesis.

‘B**ch come here!’ she can be heard shouting multiple times in some clips while in others she is defending her baby daughter.

The security was quick to stop the fight, but Cardi was still photographed as she was being escorted out of the event with no earrings and only one shoe on.

But the most jarring, she had a huge lump on her browbone! 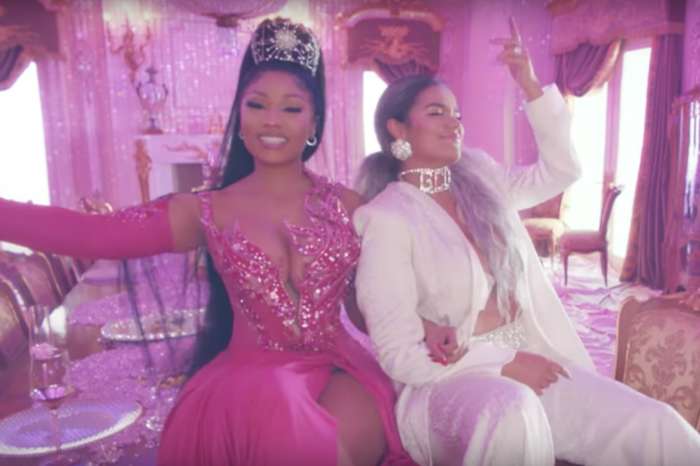