It is safe to say that the TV host is not a big fan of Nicki Minaj’s Paper magazine cover! Wendy Williams stated that the pictures that showed the singer pretty much half-naked and posing in inappropriate ways went a little ‘too far!’ What’s more, according to Williams, Minaj’s cover pics made even Kim Kardashian look innocent!

During her ‘Hot Topics’ segment, Wendy showed the only pic she was legally allowed to show on air and described what she imagined it was going on in the snap.

‘This is the front cover… Nicki is giving herself oral sex, while herself encourages it. Does this mean, ‘I love me so much I cannot take it anymore?’ I do not like the cover. I think she is trying too hard,’ the talk show host said.

Then, Wendy even stated that the reason why the performer may have posed in such a racy manner was that she is trying to keep her relevance in the rap industry.

‘I get in a Cardi B world, you have been here for a moment and you are trying to retain your position in rap music and stuff. I get it, Remy Ma’s on your tail and Lil Kim’s about to do something awful. Nicki is about to come out with an album, ‘Sink or Swim’, and this is her way of swimming … It is desperate and distasteful,’ Wendy said, adding that Minaj made even Kim look like a ‘kindergartner!’

Do you also believe that Nicki’s cover has gone a little too far? 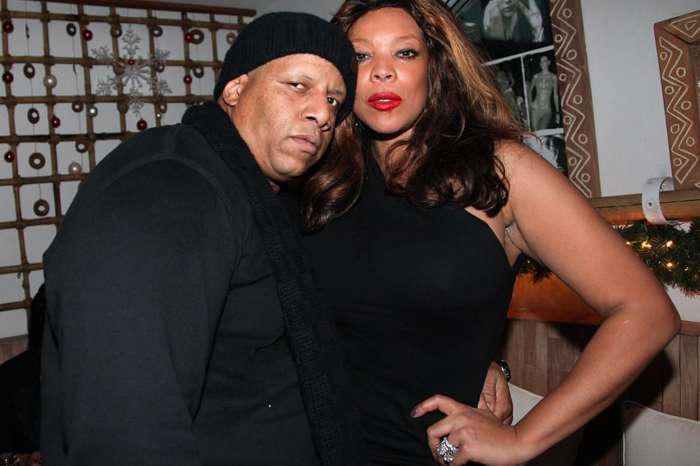 Kim Zolciak Says Her Parents Are "Disgusting And Sad"

Wendy Williams is so woried about everyone else problems. That shes missing the biggest one……Herself. Shes gotta be the dumbest old lady ive ever seen in hostory. Her hisband playing dumb about the cheating and for the first time in history the woman plays dumb with the husband. GTFOH

Wendy Williams hates Nicki… You can tell. Thats why she’s always pushing Remy on her show. So her opinion isn’t surprising.