TLC’s newest reality show starring a large, conservative family is Welcome to Plathville, which follows the lives of Kim and Barry Plath and their nine children: Ethan, 21, Hosanna, 20, Micah, 18, Moriah, 17, Lydia, 15, Isaac, 13, Amber, 10, Cassia, 8, and Mercy, 6. The new series premiered earlier this month, and during the most recent episode, Kim made the shocking admission that she accidentally killed her son Joshua when he was just 17-months-old.

The Plath family lives on a large 55-acre farm in Southern Georgia, and while they may be conservative like the Duggars from 19 Kids & Counting and Counting On , they have very different rules. There is no modest dress code and it doesn’t appear that patriarch Barry has the same strict dating rules that Jim Bob Duggar has. But, the Plath kids are completely cut off from the outside world and pop culture, so the young kids have no idea who Spider-man is and they’ve never heard of Justin Bieber.

Kim Plath also bans sugar in the household, which means none of the kids have ever drank a Coke. However, the oldest two kids - Ethan and Hosanna - have recently gotten married to their respective spouses, and it has completely changed the dynamic in the household.

Kim and Barry can no longer shield their small kids from the outside world. And, while Hosanna has moved away and isn’t part of the show, Ethan and his new wife Olivia live just down the road. And, Olivia and Kim do not get along.

There is serious tension between the conservative mother-in-law and the rebel daughter-in-law. And it has gotten so bad that Kim and Barry have made a rule that Ethan and his new wife aren’t allowed to be around the rest of the kids unless they are present.

This new rule caused serious tension in the most recent episode, but the bigger shocker was Kim’s admission that ten years ago, she accidentally killed her 17-month-old son Joshua.

Kim revealed that the tragic accident took place in September 2008 when she was pregnant with her eighth child. Kim says she was transplanting fruit trees, and she accidentally ran over Joshua with her truck.

"In a panic, I realized what had happened. I ran over our Joshua. I lived the next hour nonstop in my brain for the next eight months. My husband Barry followed an ambulance home from work that day. Joshua died before he got there. I lived in Hell on earth," wrote Kim on the family website.

Kim went on to explain that her husband was dealing with the loss of his son and his wife because she had checked out. Kim said that she was unavailable for conversations or reality, and if someone said Joshua’s name she had to leave the room. 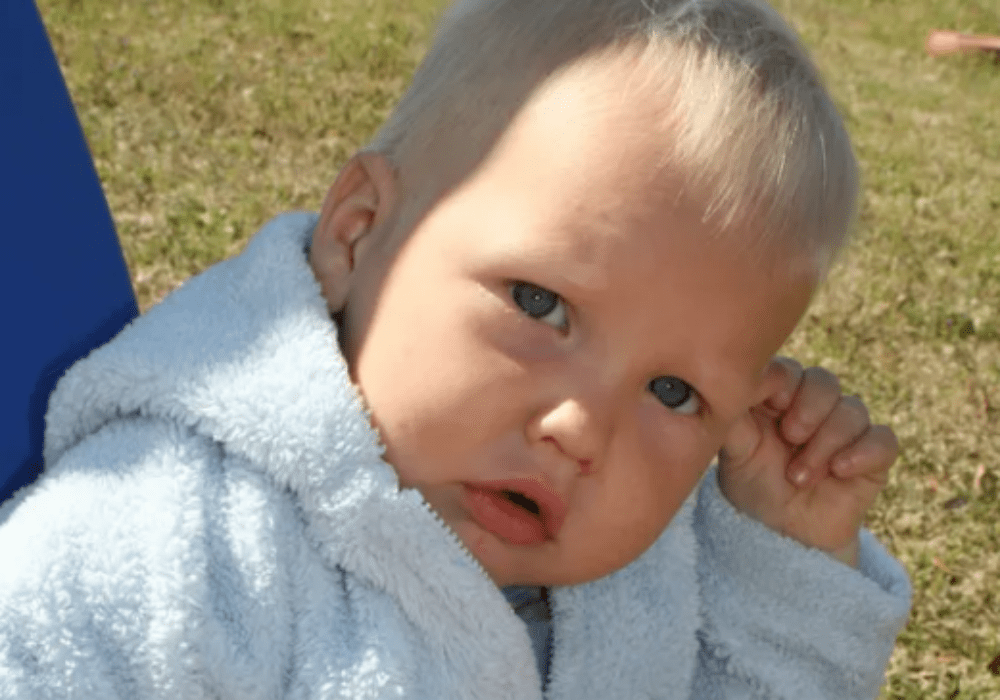 “I thought of the accusations I would have thrown at Barry if the situation had been reversed. I knew what would have happened if Barry ever said anything like that to me. I was so fragile and had totally lost my will to live,” wrote Kim.

Kim Plath says that her faith in God is what helped her get through the tragedy, and she can’t explain it other than that he “rewrote the bad coding” in her brain. And, God took the ruts in her brain that had been running the same movie over and over again. Instead, he filled them with his spirit and the movie stopped. She says she finally wanted to live again, and she was with her family again.

Notorious B.I.G Is Seen In Newly-Published Video Working On This Iconic Song As Odd Rumors About His Romance With Faith Evans Go Viral