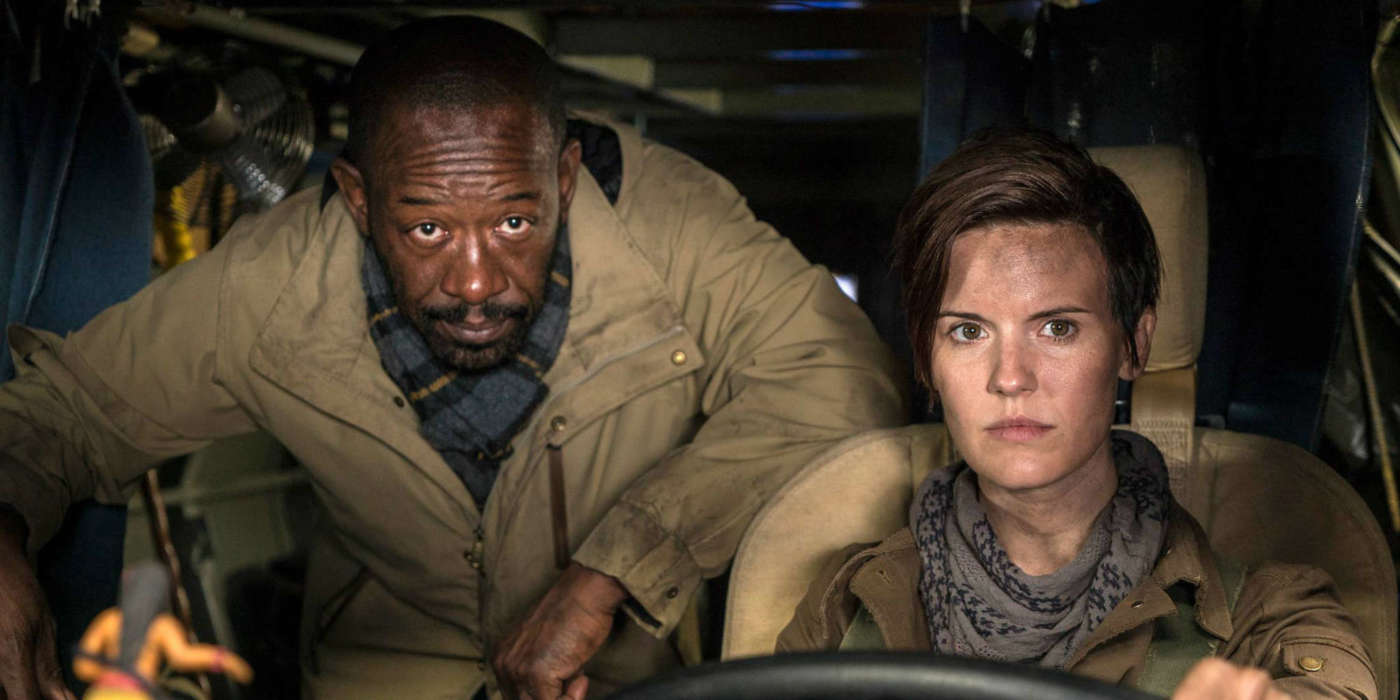 Lennie James, who portrays Morgan on the set of Fear The Walking Dead, says that starring on the zombie television series has prepared him for the current coronavirus pandemic. According to James, training to learn how to use a bo-staff has come in handy in real life.

James says that he has learned how to position his body in such a way where he’s able to “pivot quite easily” away from people so as not to get too close to others. The star went on to say he can do it politely as well and there’s no issue, that way he doesn’t look rude.

As for Jenna Elfman, who portrays June, she said the emergency kits they had when they moved from home to home were a lot more familiar to her as a consequence of her time on Fear the Walking Dead. She developed a greater understanding of what one needs when they move.

Danay Garcia, on the other hand, who portrays Luciana, says she doesn’t talk to strangers that much and hasn’t done so for months. Obviously, that’s the way it is on Fear The Walking Dead where characters have to avoid not only the zombies but also their fellow humans.

Garcia laughed that at least you can tell who’s infected on Fear The Walking Dead. The same thing can’t be said for the coronavirus. According to James, he doesn’t know if viewers in 2020 will look at the series in the same way post-pandemic.

James says he and his cast-mates are always going to be close to it, however, he’s unclear if viewers will look at the series in the exact same way. According to UPI, the sixth season of Fear The Walking Dead is about to start on Sunday on AMC.

Fans of the series know it follows a group of survivors who are battling their way through a zombie-infected world, however, in recent seasons, the bigger problem has become other human beings. The Walking Dead has spawned two spin-offs since, including Fear The Walking Dead, and The Walking Dead: World Beyond.

The Walking Dead has been one of the most popular series ever created by AMC.

Cardi B And Offset Kiss At Her Birthday Party Less Than A Month After Filing For Divorce!