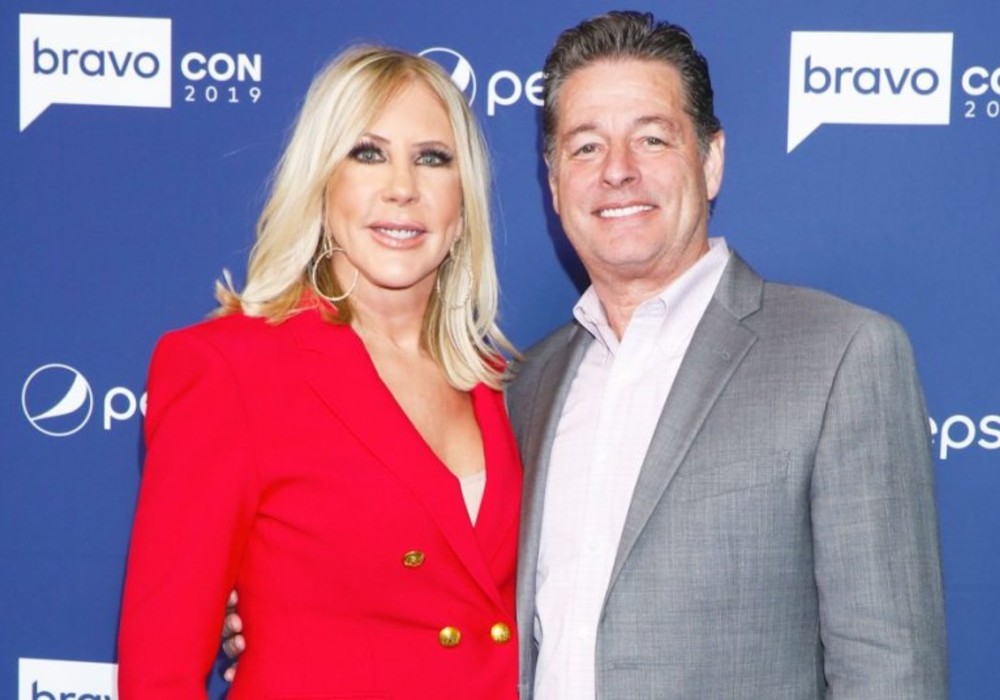 Just like numerous other brides around the world, former Real Housewives of Orange County star Vicki Gunvalson has postponed her wedding to her fiancé, Steve Lodge, amid the COVID-19 pandemic.

During an Instagram Q&A on Thursday, April 2nd, Gunvalson told Hollywood Life that her plans for a wedding this month have been put on hold indefinitely. Gunvalson was reportedly planning an intimate ceremony in front of her friends and family, including her daughter Briana Culberson, her son Michael Wolfsmith, and Lodge’s four children.

Instead of worrying about wedding plans, Gunvalson said that she had a lot more to do right now, including keeping her business going and worrying about her staff, who weren’t in the office because of California’s shelter-in-place order.

When The Hollywood Gossip ran a story about the postponed wedding, they used the misleading headline: “Vicki Gunvalson and Steve Lodge: The Wedding is OFF!” The RHOC alum’s second husband Donn Gunvalson tweeted the story and wrote, “Good thing I didn’t bother sending them a gift.”

Happy Monday! How is everyone holding up at home? Have you listened to my latest episode of @whoopitupwithvicki with @stevelodge_oc? Take a listen and don’t forget to subscribe! #linkinbio #whoopitup #podcasts #stayhome #socialdistancing #covid_19

Gunvalson and Lodge started dating in 2016, and he popped the question almost one year ago during a romantic date night at home. The OG of the OC told Us Weekly at the time that Lodge got all of her kids and his kids’ blessings before he proposed, and she added that the proposal left her “happy” and “shocked.”

Vicki Gunvalson said more than two years ago that she was “so ready for marriage,” and she describes herself as a “marriage girl.” She says that she told Steve Lodge from the very beginning of their relationship that if he didn’t want to get married, then he shouldn’t waste his time because she loves being married.

Even though marriage is important to Gunvalson, she said that her top priority was to make sure their relationship was solid before they took it to the next level.

Vicki Gunvalson left Real Housewives of Orange County back in January after 14 seasons. She is now hosting her own podcast, Whoop It Up With Vicki.

Tyler Cameron Fires Back At Haters Calling Him A 'Jerk' And Saying He Is Not Good Enough For Hannah Brown!