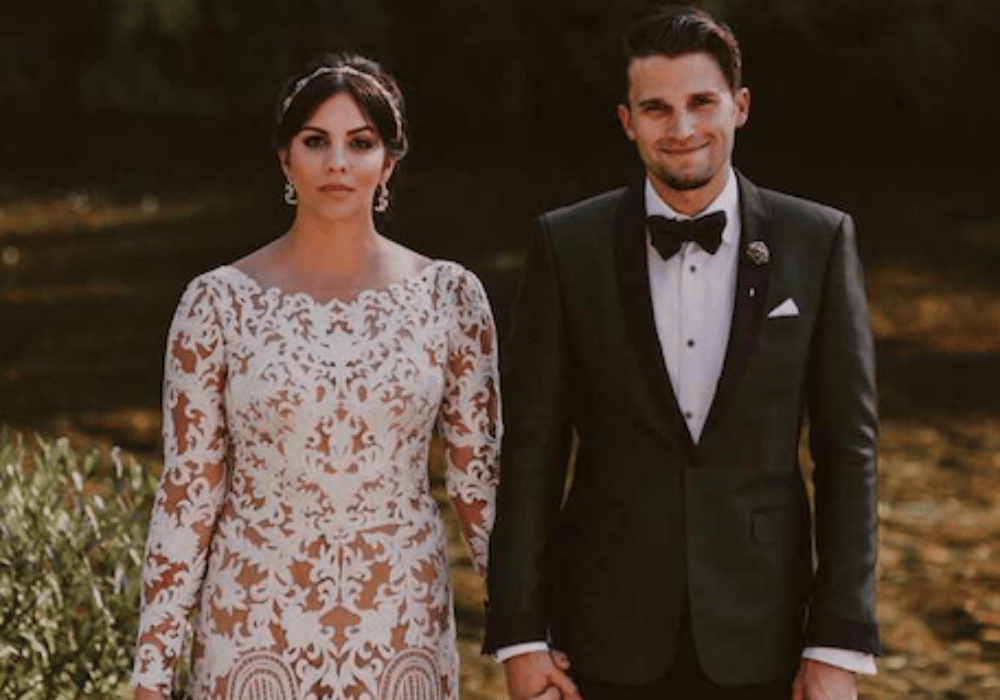 During the most recent episode of Vanderpump Rules, Tom Schwartz shocked fans when he revealed that he and wife Katie Maloney weren’t legally married. During the celebration of Jax Taylor and Brittany Cartwright’s wedding in Versailles, Kentucky, Schwartz let it slip to Taylor that he never turned in the couple’s marriage license after their 2016 ceremony.

“At the wedding, it was sort of my duty to make sure the marriage certificate was in a secure place, and I lost it,” admitted Schwartz, as a flashback to the ceremony implied that he had left it in his car.

Such a perfect day. #patronmargarita ‘s and bub by my side. NYC. The essential mix. Happy #nationalmargaritaday ! @patron #patronpartner

Maloney said in a confessional that she wanted Schwartz to take the initiative because she planned the entire wedding. But, Schwartz declared that he didn’t understand the importance of “a piece of paper.”

Taylor is not one to keep juicy info to himself, and the news quickly spread throughout the group. Stassi Schroeder ended up telling Lisa Vanderpump – who officiated the rustic ceremony in Northern California in August 2016 – all about it.

“Are you f***ing kidding me?” Vanderpump said. “All that effort I put into writing those vows. And they’re not even married? I put more effort into them getting married than they did.”

Vanderpump ended up confronting Maloney over the paperwork mishap, and asked her if it was true that neither she nor Schwartz filed the marriage license after they tied the knot. After discovering that it was true, Vanderpump questioned Schwartz’s true intentions during a confessional.

“Is this a subconscious decision that Tom didn’t post the letter because he has these commitment issues? That is some kind of subliminal thing that he never, ever follows through,” said Vanderpump.

However, in his confessional, Schwartz stated that he didn’t believe Vanderpump was “that mad” about his failure to file the paperwork.

The couple ended up having a second wedding at Caesar’s Palace in Las Vegas in July 2019 in front of family and friends, just a few days after Jax Taylor and Brittany Cartwright said “I do.”

Taylor and Cartwright’s officiant – Lance Bass – accidentally revealed the truth about Tom Schwartz and Katie Maloney last summer during a podcast appearance, and he later apologized for his slip up.

“People forget that I’ve been in entertainment news for the last 15 years,” said Bass. “So, you know, when there’s pieces of nuggets out there, I’m going to talk about it. I didn’t know it was a secret.”