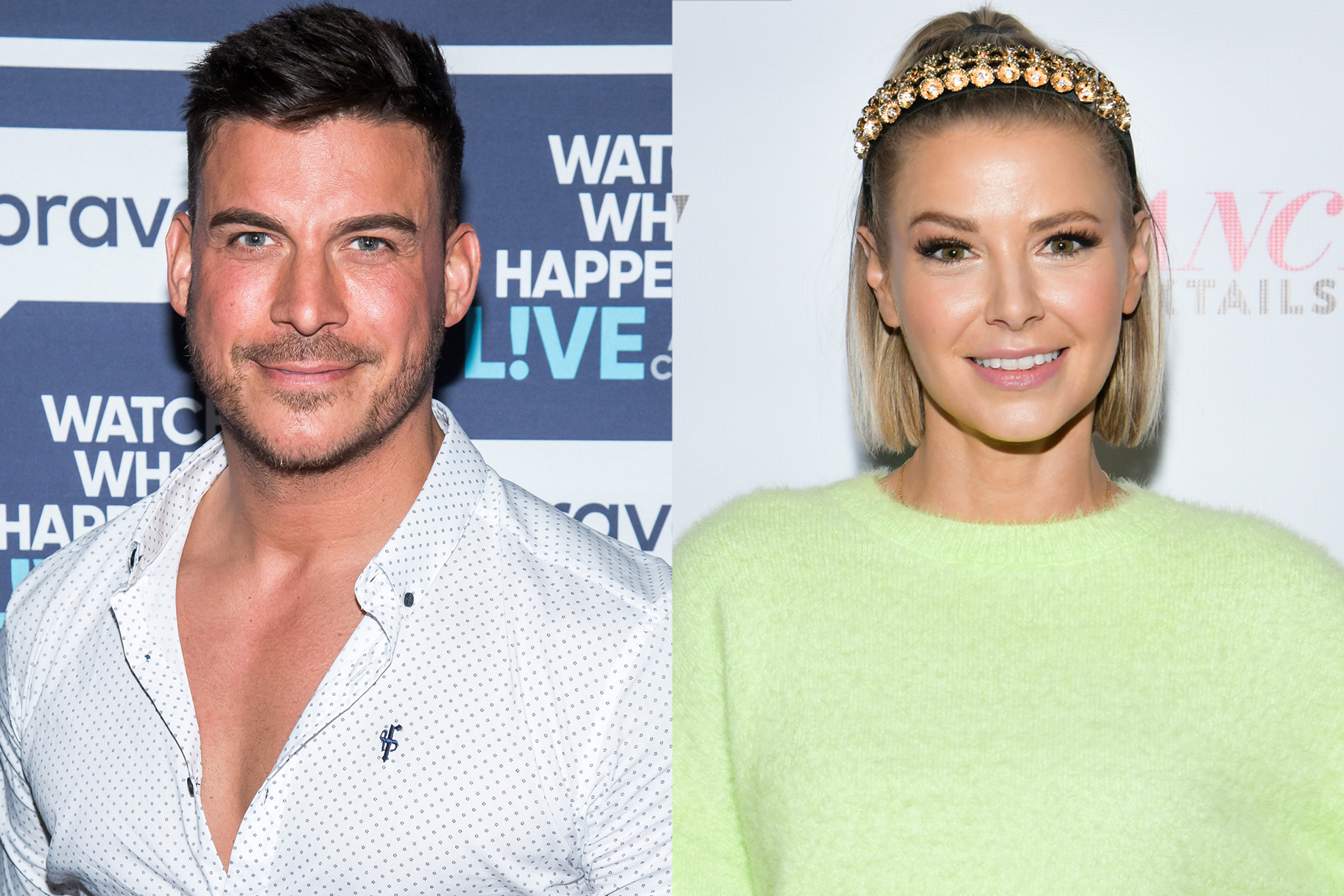 Jax Taylor and Ariana Madix’s feud is getting nastier by the minute. After the newlywed claimed that his Vanderpump Rules co-star didn’t want to marry or have children with Tom Sandoval because she ‘likes women,’ she clapped back at him on the same show.

Ariana visited the clubhouse on Watch What Happens Live where she slammed Jax for his gross comments. She as openly revealed that she is bisexual, but that’s not what’s stopping her from having children.

‘I thought it was really gross. I also thought it didn’t make any sense on any level. I mean, there are lesbians who have children, there are lesbians who don’t. There are women who have children who are married, and there are women who are married who don’t. None of it made any sense. Also, I’ve been very open and honest about the fact that I’m bisexual, and I don’t think that that’s an issue. It’s certainly not an issue in my relationship, so, I think he should just chill out.’

Ariana has shared that she likes both women and men and even had a tryst with co-star Lala Kent that she got upset about Tom revealing to everyone last season.

so glad my spray tan decided to kick in JUST in time for tonight’s episode of @bravowwhl! kicking it with @aidybryant, @bravoandy, and @joeysasso! 🧡🧡

However, she has long expressed that she wasn’t interested in tying the knot or having children.

This was said to be a dealbreaker for Sandoval in earlier seasons but the TomTom owner changed his mind. The couple took the biggest step in their relationship so far by purchasing a $2 million home — something that Jax still doesn’t understand.

Speaking of Taylor, he tweeted that Ariana ‘hides’ her real life from producers.

‘Must be nice to be on a show and dodge everything about your relationship life for 9 years and tell production ‘I am not talking about that’ but still wants a paycheck. That’s my response to Ariana. Most negative person I have ever met.’

What do you think about this latest Bravolebrity feud?

Artem Chigvintsev Posts A Sonogram Of His Baby And Gushes About Being A Dad After The Reveal That Nikki Bella Is Pregnant!