Iceman is officially back. Val Kilmer was spotted on the set of Top Gun: Maverick, confirming early reports that he will reprise his role as Iceman in the highly anticipated sequel. Kilmer’s return to action comes amid reports that he’s still battling cancer.

Kilmer starred opposite Tom Cruise in the original Top Gun film back in 1986. The sequel is expected to open in theaters in the summer of 2019, with filming currently underway in San Diego. The movie centers around fighter pilots who are watching their world radically change in wake of drone technology. Aside from Cruise and Kilmer, the rest of the cast remains a mystery.

According to The Wrap, Val Kilmer will reprise his role as Tom "Iceman" Kazansky in the upcoming sequel to Top Gun titled "Top Gun: Maverick", which will be directed by Joseph Zosinski (Tron: Legacy and Only the Brave) and see Tom Cruise return as Maverick. Sound off in the comments about this news. #topgun2 #topgunmaverick #valkilmer #iceman #youaredangerous #movienews #paramountpictures

According to Deadline, a lot of the original crew members are returning for the sequel. This includes Jerry Bruckheimer, who produced the first film, and Harold Faltermeyer, who composed the original score. The movie is being directed by Joseph Kosinski, who teamed up with Cruise on the film Oblivion. We do not know how big a part Kilmer will play in the movie, but it is good to see him working again after a nasty battle with cancer.

Unfortunately, Kilmer’s fight with throat cancer has left a lasting mark on his life. The actor was recently spotted at a screening for Pacific Rim Uprising in Los Angeles and donned a neck brace to conceal his throat. Kilmer donned a black jacket, hat and large sunglasses for the outing and tried his best to stay under the radar. The appearance marks yet another occasion where Kilmer has dressed to conceal his neck and face.

Kilmer battled throat cancer two years ago and was forced to undergo trachea surgery in the process. The procedure left Kilmer with a raspy voice, though the actor originally denied ever having cancer at all.

Love that crazy Michael Rooker. Like a human Tom Waits song… and what a role he finally nailed in GUARDIANS. Long time coming!

“I have not had a tumor, or a tumor operation or any operation,” Kilmer said in 2015, adding that he simply had a medical complication that landed him in the hospital.

Kilmer finally admitted to having throat cancer two years later. He has not commented on his role in the upcoming Top Gun film.

Apart from his new role, Val Kilmer recently made an appearance at Motor City Comic Con in Detroit last month. The Top Gun star appeared on a panel alongside other film and TV stars from the ‘90s, including Wallace Shawn from The Princess Bride and Lucy Lawless from Xena: Warrior Princess. 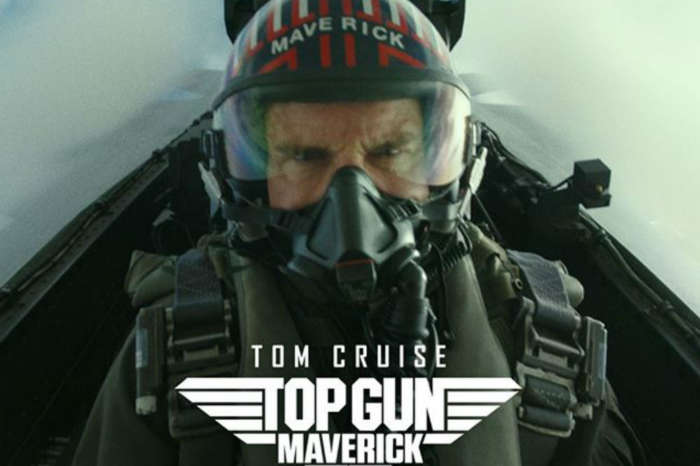 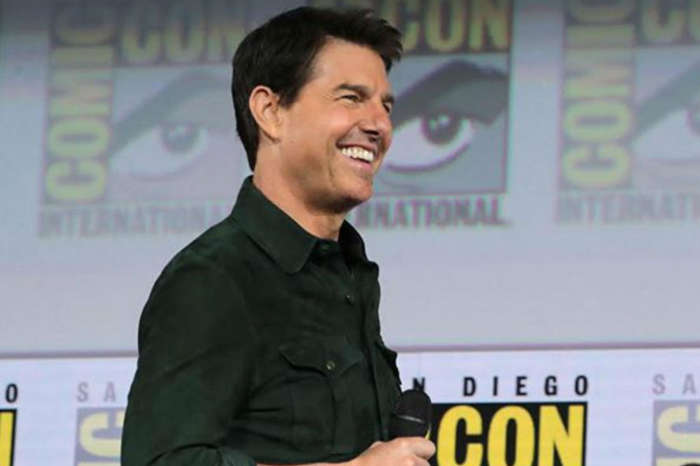 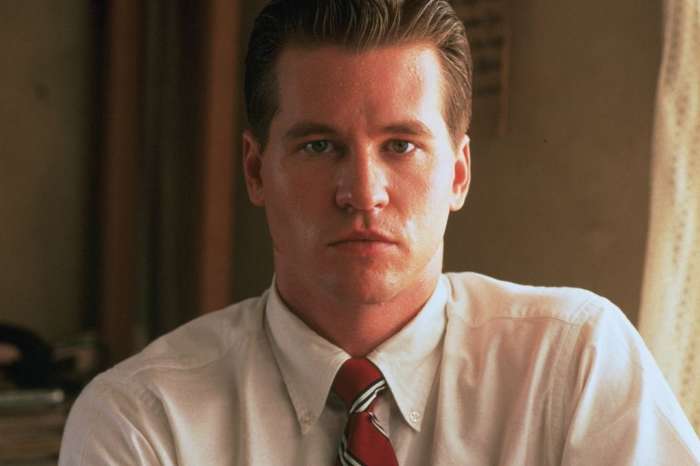