It appears it does pay to have friends in high places. In the recent spirit of Tyrese living out much of his troubles and challenges publically on social media, the actor and singer recently posted a picture of him on the phone with Jada Pinkett Smith.

Tyrese had previously posted a string of videos that were starting to concern fans as it seemed he was going through a really rough time.

Sometimes you just need 1 phone call……….. Just know that God is the greatest…… They don’t want any love….. They told me to go easy…. just know that it’s just good to know there’s still some really nice sincere people out here…… Jada-Pinkett-Smith and my hero WILL SMITH….. Not only does your heart beat for Shayla…… it beats for the world……. We love and appreciate you more thank you could ever know…

After not being able to see his daughter for two months, allegations of child abuse against him have been dropped. Although reports claim he gave her a spanking that made it painful for her to sit down the next day.

He was also publically feuding with The Rock, throwing shade at the wrestler turned movie star and claiming he wouldn’t be in the next Fast franchise film if The Rock was.

Hello world………. hello loyal fans and loved ones from OUR fast universe…….. I’m sorry to announce that if Dewayne is in Fast9 there will no more Roman Peirce – You mess with family and my daughters survival I mess with yours……… close your eyes dude you’re a “Clown”…… #CandyAssBitchMade All my real one…. Men on integrity… my real ones out here stand UP…… folks that GP to the gym and get big naturally #NoJuice #NoOJ spin off huh? Spin off these nuts selfish champ…… pause notice who’s got his arms around my shoulder and who’s standing alone – #OurChildrenMatter

Though the specifics of the conversation weren’t stated. Tyrese thanked both Jada and Will for being sincere kind people and reaching out to him during his time of need.

What’s more is that apparently the powerhouse couple also gave the “Sweet Lady” crooner $5 million to help him as he struggles financially and encouraged him to stay off of social media: which he clearly isn’t doing. Tyrese had previously claimed he was paying upwards of $13,000 per month on child support and lawyers fees.

One wonders how Will and Jada may feel about this new revelation that the singer has decided to also divulge to the entire world via social media. Not only is he not staying off of social media, he continues to air out all of his dirty laundry while making a spectacle of himself and the people who are trying to help him.

$5 million isn’t chump change and if the Smiths wanted Tyrese to stay off social media, they certainly didn’t want him announcing who helped him out financially or how much they gave.

Many fans are taking issue with Tyrese and his actions as he’s had a long history of judging others on social media, speaking poorly of women and purporting himself as being some type of guru or wise male figure in the black community. The backlash may be vicious on this one. 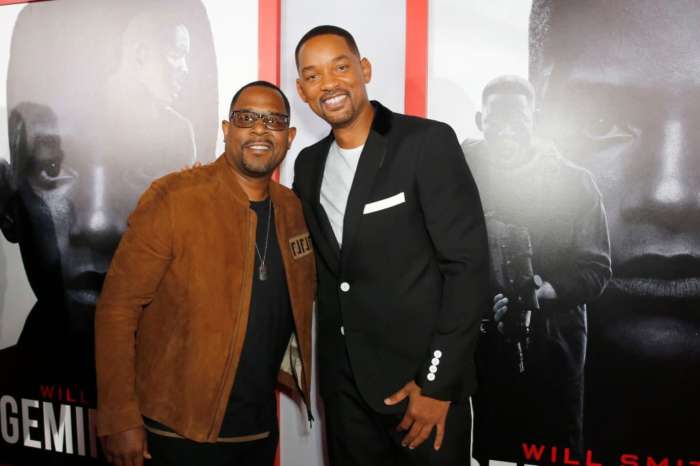