Tyler The Creator Shades Kendall Jenner For Her Thin Frame During Performance – ‘Shake Them Bones!’

During his performance at the Camp Flog Gnaw Carnival, Tyler the Creator slammed supermodel Kendall Jenner for her skinny figure! The man told the KUWK star to ‘shake them bones!’

It all started when the 27-year-old decided to make some funny requests for a number of celebs while on stage, including Kendall!

‘I want everybody to shake they a** when this f***king song come on. Hey A$AP Rocky, shake that a**. Shake it on Jaden [Smith], he next to you, he might like it with his weird a**. Where Kendall? She ain’t got no a** but shakes them bones,’ Tyler humorously tried to hype the fellow stars up.

tyler the creator told kendall jenner she should shake her bones because she ain’t got an ass during his set tonight ??☠️ pic.twitter.com/WudFjBqsxA

Some people in the audience may have been shocked by the shade but it’s not even the first time the man disses the model at a show.

Back in 2015, at Coachella, Tyler the Creator also name-dropped the Jenner.

However, Tyler took to social media soon after to stress that he and Kendall were actually cool, writing: ‘@KendallJenner PEOPLE REALLY THINK I HATE YOU LOVE HAHAHAH.’

Aside from the hilarious disses onstage, Tyler and Kendall were also linked romantically in 2016 after they were spotted enjoying dinner together.

However, Tyler denied they were dating, claiming that it was ‘Not possible, [because] we’re both gay!’

It seems like these two are just really close friends and comfortable with joking around about and with each other.

Speaking of being gay, Tyler the Creator has also been making headlines these days after another friend, Jaden Smith, revealed on stage at the same event that they are ‘boyfriends!’

Check out his response here! 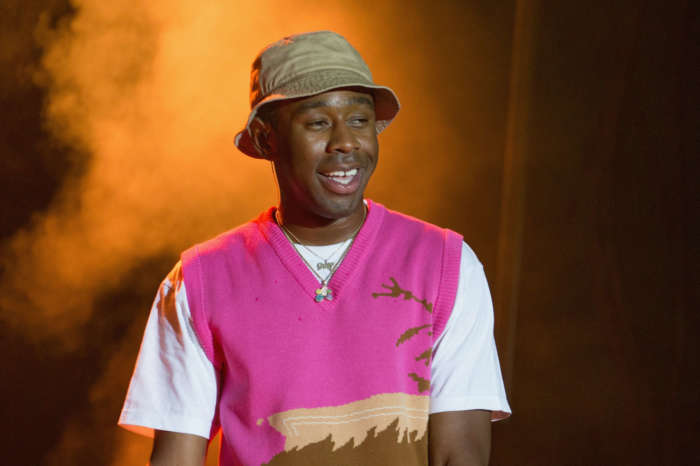