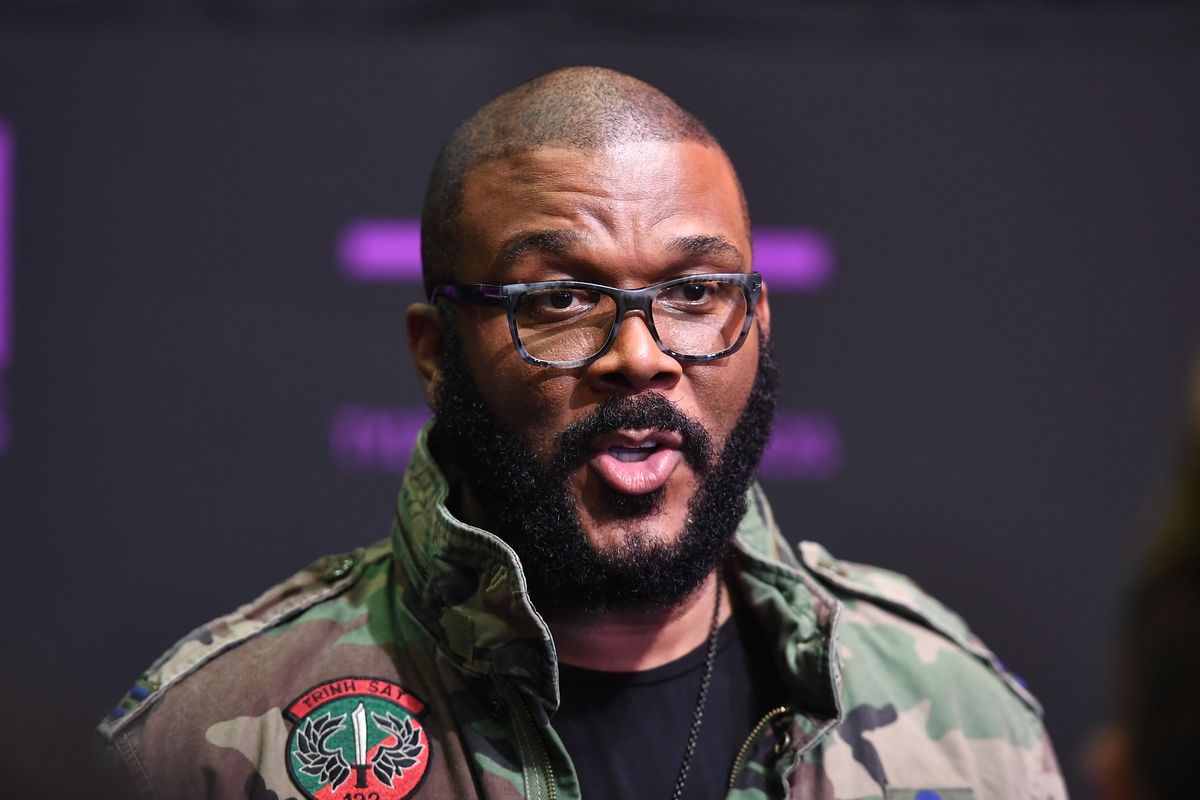 Tyler Perry had a history-making 2019 when he opened up his own movie studio on the ground of what used to be a confederate army base. The man who writes, produces, and sometimes stars in all his content reveled that there is no writers room on set because he has no writers.

Perry rose to fame by traveling the country as the Madea character who eventually made her way to the big screen. The success of his movie and plays allowed him to bring other stories to life through movies, sitcoms, and television series.

Tyler posted a video of scripts from his projects with a caption that read: ‘WORK ETHIC!! Come on. Let’s go get 2020!!!’

In the video he explains: ‘I don’t know if you know this, but all shows on television have a writers room. Most of the time, there are 10 people, 12 or whatever that write on these television shows. Well, I have no writers room. Nobody writes any of my work. I write it all. Why am I telling you this? I wrote all of these scripts by myself in 2019. What’s my point? Work ethic!’

The revelation immediately sparked a debate in the replies section. There were some fans who felt that he should give other people opportunity and cited that the reason his content isn’t as good as it can be is because he’s the sole writer while others praised him for his hard work.

‘Your Work ethic is GREAT. But there are definitely a lot of fantastic black writers who could use the opportunity and paycheck to work in a writers room with and for you,’ tweeted back one.

‘You write all of your scripts because you want all the success to yourself. You talk so much about bringing your own table, but what use is a table if you’re eating alone? You aren’t where you are to create opportunities, you’re there to claim to be the first who ever did,’ criticized another.

This social media user added: ‘I appreciate your work ethic. You have worked hard and it has paid off but I imagine with all you have accomplished how it would be for you to have a writers room. There are so many talented Black writers that simply need an opportunity.’

Your Work ethic is GREAT. But there are definitely a lot of fantastic black writers who could use the opportunity and paycheck to work in a writers room with and for you.

‘And many of them suck. Get some help man! Writer’s rooms are important for a reason,’ pointed out another.

Do you think that now is the time for Tyler Perry to change his ways?