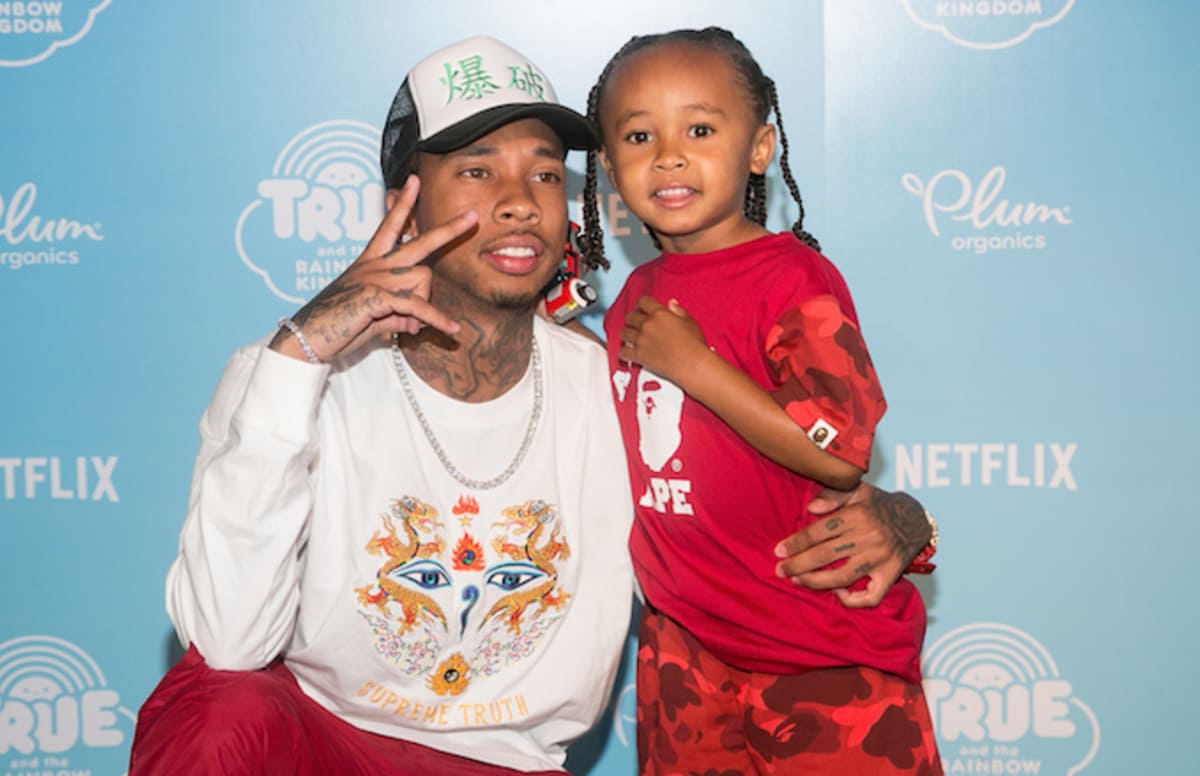 Tyga is a proud dad at the Kids Choice Awards, and he’s twinning with his and Blac Chyna’s son, King Cairo. Check out the two boys looking really sharp at the important event. They are rocking matching braids.

Someone commented ‘Why does it look like he stole Travis Scott’s full look.’ This is not the first time when people say that Tyga pulled a Travis Scott with his latest look.

Another follower said ‘Tyga has been dressing like this for years tho, What’s the problem.’

Someone else posted ‘King is one of the better dress kid always on point.’

The KCAs are a casual awards show, and Tyga was there for his son whom he shares with Chyna.

This event is said to be the perfect opportunity for stars to bring out their little ones in public. The show is geared toward kids.

Not too long ago, Tyga slammed Soulja Boy. Soulja was involved with Chyna for a little while, but then he shaded her on social media.

One of his worst IG posts was the one in which he was telling Tyga that he hooked up with his baby mama and played Fortnite with his son, King Cairo.

Tyga then clapped back with some lyrics and fans supported him.

Chyna and Soulja were reportedly together just to spite Tyga – everyone believed that they were a couple when he posted a pic of the two of them on social media for Valentine’s day.