Tristan Thompson Tries To Show Love For His Two Kids, But Fans Accuse Him Of Something Scandalous

Tristan Thompson tried to make a sweet gesture and shared his kids on social media. As you know, he has a baby boy with Jordan Craig and a baby girl with none other than Khloe Kardashian.

According to more sources, he's been trying to get into Khloe's graces once again after the whole cheating scandal involving Kylie Jenner's former BFF, Jordyn Woods.

Tristan sent Khloe flowers for Mother's Day, but she was not impressed at all, according to some sources close to the family.

According to the latest reports, he sent out a package including a bouquet of flowers and other gifts to congratulate Khloe for Mother’s Day.

It seems that she's not interested in him anymore and her only focus is True, her daughter, besides spending time with her own family, with trustworthy people.

Anyway, here's what Tristan has recently posted on his social media account and what has fans accusing him of something that would be awful if it were right.

The Shade Room captured the pics and posted them .

Someone commented 'He’s like that dad that goes on the moms' page to find pics so he can repost them and act like he’s in their life,' and a lot of people agreed with the comment.

Someone said 'omg, thank God someone says it,' referring at the comment above. 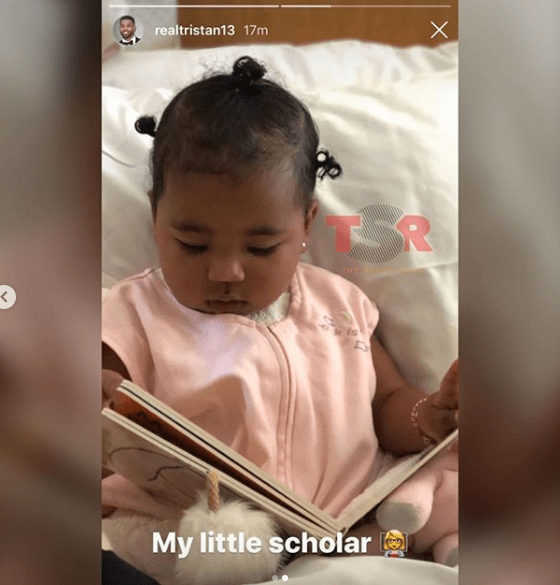 One follower said 'lmaoooo super extra. Frontin for social media 🤦🏽‍♀️' and another person had this to say: 'Those look like text message pictures lol he wasn’t there 🤣🤣🤣🤣🤣'

Meanwhile, someone else had another observation to make: 'Everybody hates Khloe so much, they saying “oh his son his twin.” Meanwhile, his daughter stole his whole face 😂😂😂😂'

What do you think about the pics that Tristan shared?

KUWTK: Khloe Kardashian Looks Super In Shape While Out With Daughter True!

KUWTK: Khloe Kardashian Might Still Take Tristan Thompson Back After Yet Another Betrayal - Here's Why!

Blac Chyna Will Spill All The Tea On Wendy Williams' Show Today! - Fans Give Her Precious Advice