Are they or are they not together again is what everyone wants to know about Travis Scott and Kylie Jenner’s relationship. Judging by his latest interview, it would not be a surprise if they were to reunite.

A recent report revealed that the two aren’t official but have been spending a lot of time together. They want their daughter to have the best holiday season with both of her parents present.

Yesterday, Kylie posted a ‘thrist trap’ half-naked photo and Scott seemed to indirectly respond by posting a large message that read ‘LOL’ on his Instagram Story.

The rapper spoke to XXL magazine about being a father to his 1-year-old and his relationship with his baby’s mother.

‘I’ve been spending time with my family and with my daughter, Stormi. Being a dad is better than what I thought it would be. Stormi is one of the best human beings I know. She’s like my best friend. She makes life a little bit easier. She just inspires me and she surprises me every day with how she’s thinking. It’s so crazy. Her mom and I came up with the name Stormi together. I love her mommy and I always will. The hard part about relationships is just trying to be in one without a million outside voices interfering.’

On Friday, Travis released a collective project with his inner circle that features artists like Sheck Wes and Young Thug called Jack Boys.

He spoke about why he decided to put that out.

‘It’s just a body of work made with a few of my friends and people I’ve always made music with since day one. It’s just fun and something that’s endearing and cool. It kind of like, wakes up the minds of people that might not know about Don Toliver or people that know about Sheck Wes and makes them want to know more.’

Do you think the exes are rekindling their flame? 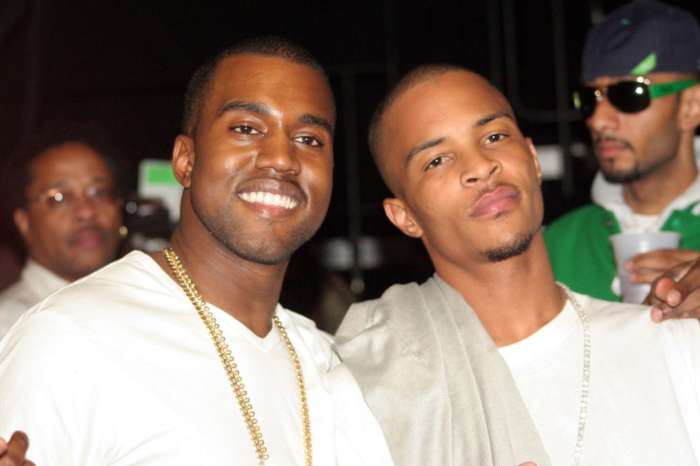